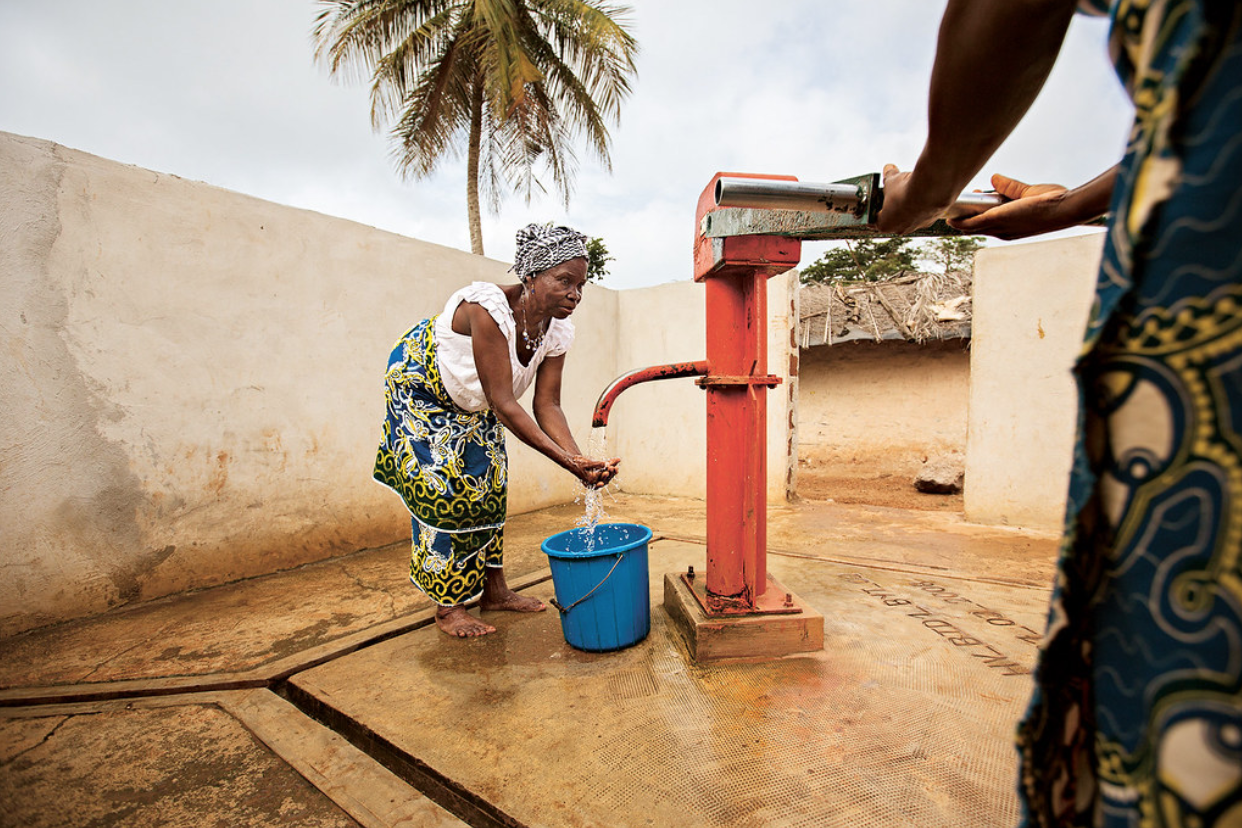 This article was produced and published by Vinnie Chua from Global Initiatives. Lead Editor: Racia Yoong.

Water is a luxury that many of us often take for granted. For some, you could simply turn on your tap in order to get your clean drinking water. But for others, this may not be so simple.

Goal 6 of the Sustainable Development Goals was designed to “ensure access to water and sanitation for all”.

Unfortunately… We are far from achieving that goal.

By 2025, two-thirds of our population will be inhabitants of water-stressed regions. What this means is that around 5 billion people will live in areas where the demand for water exceeds its supply.

The price of self-sufficiency

In an attempt to deal with the demand for water, many countries outsource their water elsewhere when they don’t have enough of their own.

Singapore is one such country.

Up to 250 million gallons of water is imported from Malaysia every single day and this quantity allows Singapore to meet approximately 60% of the nation’s water requirements, while the remaining demands are met by Singapore’s very own water resources.

These resources are derived from local catchment areas, reclaimed water known as NEWater and desalinated water. They make up what is known as Singapore’s four national taps – one of which is imported water.

Singapore’s step towards self-sufficiency comes at a hefty price of SGD$670 million going into research and development of the industry.

However, this is a sum that many poorer countries are unable to afford.

Their inability to afford extensive R&D and improved water infrastructure often translate to the reality that local communities are left to scramble for water, resorting to measures such as water rationing and turning off the water supply for long periods in a day.

When we think of the water crisis, our first thoughts typically turn to the issue of drinking water.

Except, the water crisis is so much broader than that.

Just think about the water you use every day to wash your hands, take a shower and flush the toilet. These might be a given to urban-dwellers, but to many others, the access to water for hygiene and sanitary purposes is but a distant dream.

The price of clean water

More than 2 billion people today access contaminated water for consumption and household needs due to the severe lack of infrastructure to manage excretory materials.

Typically, excretory materials are removed to an off-site facility for management and treatment, ensuring that the water used for washing is clean and uncontaminated.

In the absence of proper sanitation, this water becomes contaminated with excretion and dirt, leaving them with no way to properly clean up after themselves.

The recent pandemic has called attention to the importance of improved sanitation with medical professionals urging everyone to wash their hands regularly in order to reduce the spread of the disease.

With one-third of the world lacking access to a toilet, it is pertinent for us to realise that the simple act of washing our hands may not be so simple for these groups of people.

In other words, they lack the most fundamental means to effectively combat the spread of diseases such as cholera, diarrhea, and most recently, the COVID-19.

However, this water crisis isn’t just the result of decreasing water resources, it is also exacerbated by our worsening consumption habits, coupled with the world’s rapidly increasing population and the rising middle class.

Most, if not all of us, are guilty of contributing to this problem, in one way or another.

Perhaps you have stumbled upon the term ‘carbon footprint’, but what about ‘water footprint’?

Calculating our water footprint is a simple way of increasing awareness of the amount of water we consume each day.

Through this awareness, we become more mindful of our consumption habits, allowing us to identify the areas in our lives where we consume water the most and how best to manage our water footprint.

A staggering 2720 liters of water are required to produce one cotton T-shirt.

Your favorite hamburger? That takes about 2000 liters of water to produce, and that amount of water goes up the more toppings you add to the burger.

These figures clearly illustrate the shocking amount of water that goes into our everyday items.

Switching up our consumption habits

Keeping these in mind, perhaps there are a few things we could give up in exchange for a more conscious lifestyle. For one, we can implement mindful eating and having food options that are less water-intensive.

Did you know that going vegan saves you water?

Fact: One person who goes vegan can save approximately 219,000 gallons of water a year.

This is because it takes 1,000 gallons of water to produce just one gallon of milk and another 4 million gallons per ton on beef.

Besides veganism, purchasing local over imported produce and choosing to have white meats over red meats are some simpler ways to eat cleaner and healthier if you are not ready to make the switch.

By simply choosing to eat mindfully, not only are we rewarding our health and wellbeing, but we are also making significant contributions to save water, playing our part to lessen the impacts on an increasingly water-scarce world.