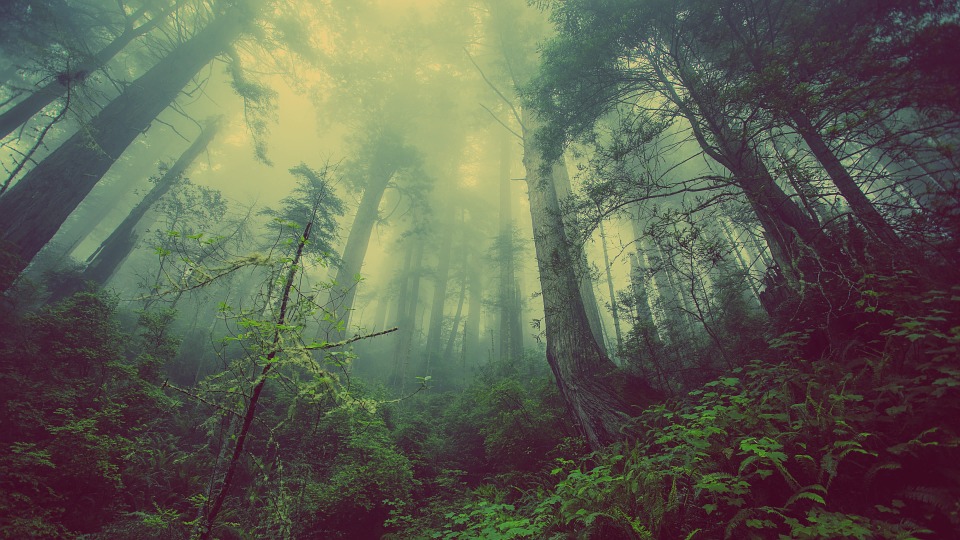 Forest are vital for cleaning up carbon pollution, but violent storms are leaving them vulnerable to invaders.

Powerful winds can topple trees and tear up shrubs in the forest. And this can create an opening for invaders, plants that don’t belong there. To learn more about this post-storm phenomenon, scientists decided to take a look — up close and personal. But this can be grueling, as Eric Larson and Melissa Daniels discovered. For Daniels, who did most of the field work, it meant scrabbling over trunks scattered across the ground like pickup sticks, hustling away from a falling tree that crashed down a scant 10 feet behind her, fighting steep hills, ticks, nettles and poison ivy, and wielding a machete — yes, a machete.

“Besides almost stepping on a venomous snake and pulling ticks off of ourselves, critters were probably the least of our worries,” Daniels said. “We were doing intensely strenuous work in obscene weather conditions — the heat index is frequently 100-plus degrees. The terrain is very hilly, and hiking up and down hills is tedious, but even more so when the hiking is constantly interrupted by climbing over trees… or forcing our way through endless thickets of thorny vines. Big thanks to Eric for letting me buy a machete for the lab.”

The terrain was so difficult to navigate, in fact, that it often took as long as 30 minutes to get from one random sampling point to the next, only about 50 yards away. “Melissa got a lot of use out of the machete that summer,” Larson said.

But slashing her way through the vines — and everything else — was worth it. The two set out to determine the extent to which invasive species were taking over forest “blowdown” areas hit by tornadoes and other storms. Once established, invasive plants can hamper a forest’s ability to recover, and harm native ecosystems. 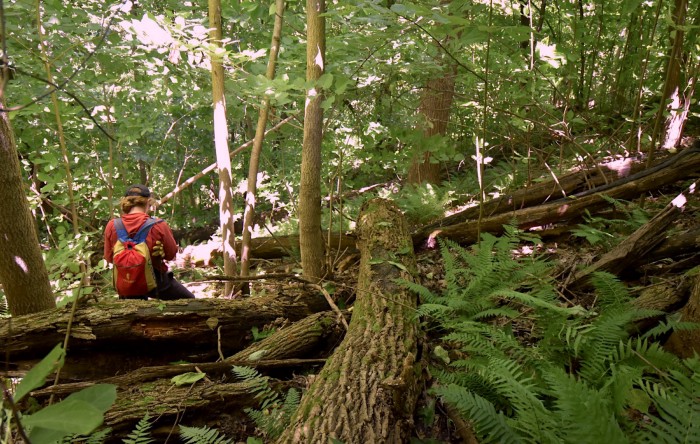 Technician Amanda Niebuhr at a site hit by a 2009 derecho. Source: Melissa Daniels

“Storm disturbance provides opportunities for these invasive plants to establish and spread in new places,” said Daniels, a former graduate student in the University of Illinois department of natural resources and environmental sciences, where Larson is an assistant professor. She said that invasive plants can push out native plants and make the restoration of native trees and plants more difficult.

Protecting forests is critical for many reasons. They can soak up enormous amounts of carbon pollution being pumped into the atmosphere, among other things, as well as provide a home for animals. Ironically, climate change is potentially producing more tornados, undercutting the ability of forests to fight climate change.

Larson and Daniels studied what happened after a 2006 tornado, a 2009 derecho — a powerful storm that appears to extend off in a straight line — and another tornado in 2017. They looked at areas of Shawnee National Forest, Giant City State Park and Crab Orchard National Wildlife Refuge, which are all in southern Illinois. Although they focused on one region, the researchers said their findings were applicable to any forest hit by significant windstorms. 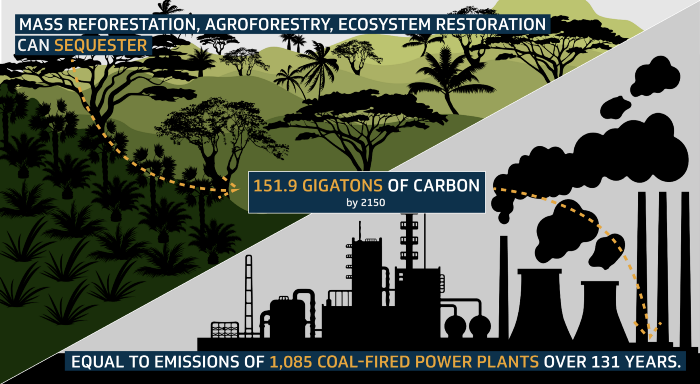 Their study, which appears in the Journal of Ecology, suggests that invasive species were more widespread in large blowdown areas than in smaller ones, and also that these sections take a longer time to recover. The results are important because they can help in forest management, Larson said.

“If you’re the Forest Service, and you have a limited budget and time to manage invasive plants, we’d recommend prioritizing recent windstorm damage over older damage, and larger rather than smaller blowdown areas,” he said.

Scientists first mapped storm damage using satellite data, then compared the affected areas to parts of forests that were left unscathed. Then, Daniels visited all 62 sites of damage to conduct on-the-ground surveys of the invaders. 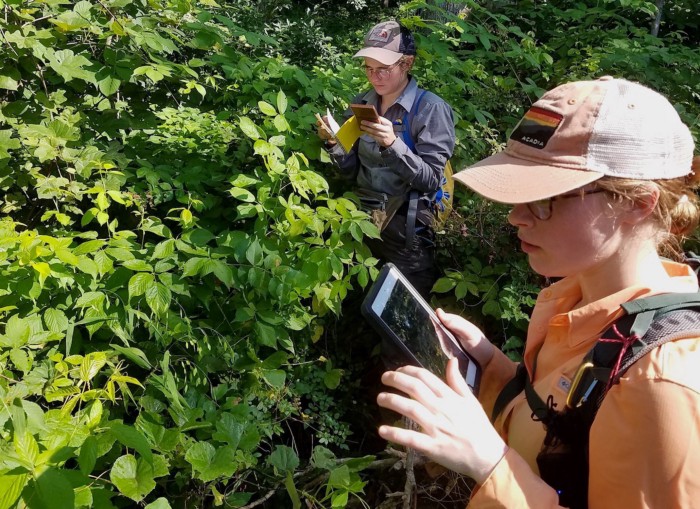 They found that areas most recently ravaged by windstorms saw the most invasive species. “And size of the disturbance was important — bigger gaps or disturbed areas were more invaded,” Larson said. The study also found that even though blowdown areas experienced the most invasions, the invaders also were present — although much less so — in areas untouched by the storms. “You don’t necessarily have to have a windstorm for invasive species to be introduced,” Larson said. “Some of our unaffected sites did have invasive plants, which might have been delivered through a variety of different pathways or vectors to those forests.”

While invasive plants are declining on their own as the forest canopy recovers, they still remain more abundant than in unaffected forests. The most pervasive invaders persist even in the shade, under closed tree canopies, and are spreading into surrounding forests, Daniels added.

Daniels said she was she was grateful to have had the field work experience, “despite how miserable I was at the time,” she said. Still, she would like to forget how it felt sliding into a tall patch of wood nettle which stung like fire through her clothes, and the day she failed to swap poison ivy-tainted towels for clean ones — and then sat on them.