The danger of living in a walkable neighborhood 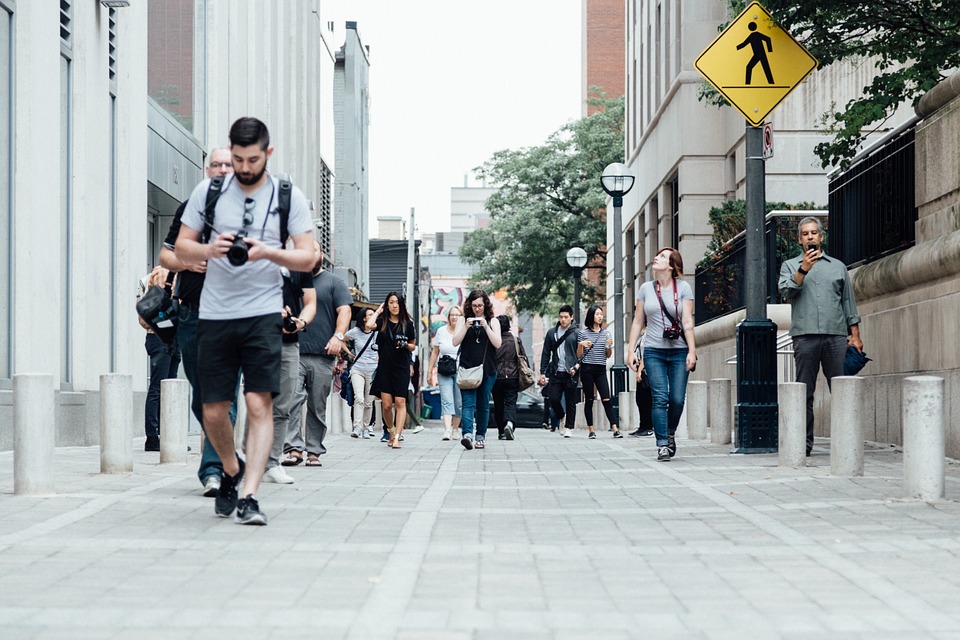 Cars love a walkable neighborhood just as much as people, and they are polluting the air, making pedestrians sick.

Nicholas Howell is a walker and a cyclist, both for physical fitness and commuting. “It’s something that is important to me, personally, as a part of my life,” he said. Nevertheless, it always gives him pause when striding down the immensely walkable neighborhoods of Toronto’s Yonge and College Streets to see plumes of smoke rising from exhaust pipes of idling cars in the middle of winter. “It definitely forces the idea of pollution in your mind,” he said.

Logic suggests that a “walkable” neighborhood would discourage driving, meaning fewer cars, less traffic congestion and cleaner air. But logic is not always logical. The very nature of a “walkable” community — with trendy shops and restaurants easily accessible to residents — may produce the opposite. A hip neighborhood may, in fact, lure outsiders to come for shopping and dining — using their cars to get there.

“This may not be intuitive, but while people residing inside walkable neighborhoods may not be generating as much car traffic, other people from outside the neighborhood may be more likely to be drawn in, often by cars,” said Howell, a recent doctoral graduate of St. Michael’s Hospital’s Li Ka Shing Knowledge Institute in Toronto. “Many walkable areas are desirable precisely because of the shops, services and jobs that are there. These same things are desirable to people outside the neighborhood too, including those residing further out in suburban areas who may have to drive to reach the downtown.” 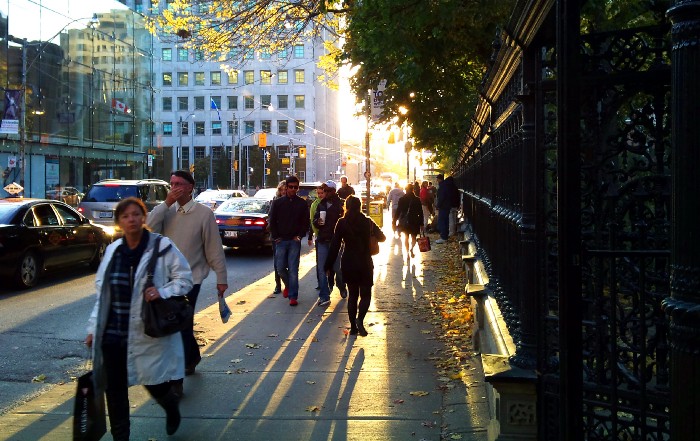 Howell and his research colleague, Gillian Booth, also a St. Michael’s scientist, found this anomaly intriguing, and decided to find out if the air pollution generated by cars drawn to these communities offset the potential health benefits residents may gain from their walkable design. They found — at least in the Canadian neighborhoods they studied — that it did. Their research recently appeared in the journal Environment International.

Scientists have long established that it is better to live in walkable community than a non-walkable community. “People living in walkable neighborhoods tend to be more active, are less likely to be overweight or obese, and are less likely to develop health conditions like high blood pressure or diabetes,” Howell said. On the other hand, those who live in communities where residents neither walk nor ride bicycles are more likely to suffer from high blood pressure and diabetes, with their odds of developing these conditions rising with increasing levels of nitrogen dioxide (NO2), a pollutant from car exhaust used as an indication of air quality.

“But something that was curious to our team is how [do] we square these results with our day-to-day experiences?” Howell said. “Walkable, downtown areas do have a lot of people walking and cycling. But they can also be congested with traffic, with a lot of pollution. We know… that air pollution from traffic is linked to worse health. So how do these two things come together?” 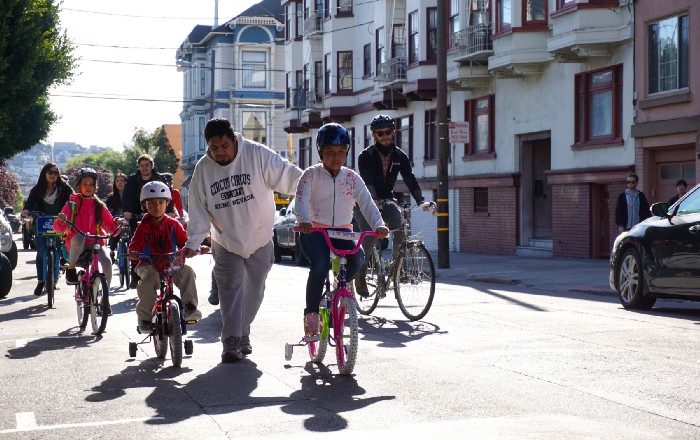 The scientists found that the health benefits of residing in a walkable neighborhood accrue only for those whose walkable communities are less polluted.

“When we assessed the probability of having high blood pressure or diabetes across neighborhoods, we found that at low levels of air pollution, the probability of having high blood pressure was lower for individuals in most walkable areas versus those in the least walkable ones,” Howell said. “But when we looked at more polluted neighborhoods, the difference was largely gone.” They found the same was true of diabetes.

In recent years, a number of studies have documented the many dangers of air pollution, especially to children. The American Lung Association’s annual “State of the Air” report for 2019 found that that 4 in 10 Americans live in areas with unhealthy air. Another report — this one issued by the Health Effects Institute — declared air pollution a more lethal killer than smoking. And a recent study from researchers at the George Washington University Milken Institute School of Public Health estimated that NO2 was responsible for roughly 4 million new cases of childhood asthma worldwide each year. 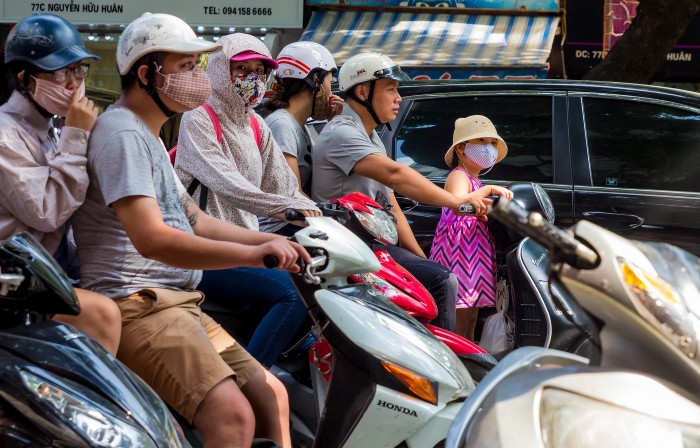 These findings are especially disturbing for Americans. The Trump Administration has chosen to ignore the well-established science of climate change and has systematically rolled back numerous environmental protections.

Howell, however, stressed that he and his colleagues could not extrapolate their findings to American neighborhoods before analyzing them. “While it is possible that these results hold in some U.S. areas, I would not be able to say with confidence without studying those areas directly,” he said.

In conducting the study — based on 2.5 million adults in 15 Ontario communities — the scientists relied on data on where people live, as well as information about their use of health care, which they used to determine if people were suffering from high blood pressure or diabetes. 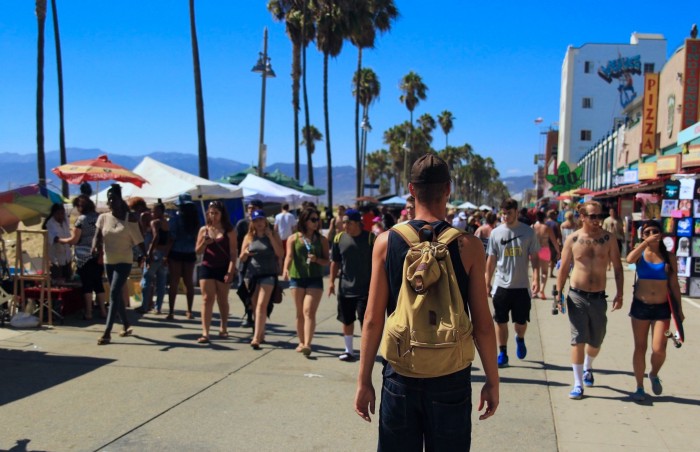 “Using this information and other data available in the databases, we were then able to determine how the likelihood of having high blood pressure or diabetes varied across different types of neighborhoods, accounting for other factors like the age and sex of the residents, their other health conditions, or if it was a high- or low-income neighborhood,” he continued. “This allowed us to gauge if there was an association between neighborhood features — like neighborhood walkability or traffic-related air pollution — and these health outcomes.”

The researchers defined “walkability” using several factors present in a neighborhood, including the density of population and residences, the number of street intersections — as a proxy for a grid-like street network — and the number of shops, services and other points of interest, Howell said. He explained that because walkable neighborhoods tend to be very dense, it doesn’t take a lot of cars to worsen the air quality.

“The bottom line for policy is that we should aim to build walkable neighborhoods that take pollution into account — by taking up strategies to curb car traffic, improving public transportation, and by creating safe spaces for pedestrians to walk,” Howell said. “For residents of these communities, it’s important to remember that physical activity is incredibly important and not to stop just because there may be traffic. However, if there are spaces to walk for pleasure or commuting that are less busy or less polluted, try to take those routes.”