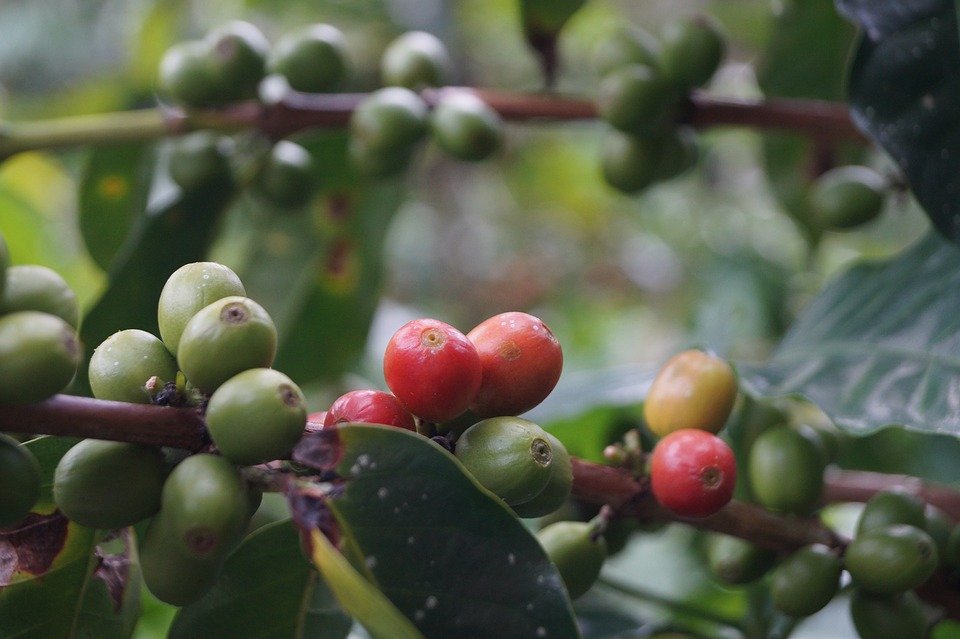 Global coffee harvests, which provide the drink of choice for millions and the livelihoods of many more, are in peril, not least from rising temperatures.

LONDON, 28 January, 2019 – Coffee drinkers, be warned. A combination of factors – including climate change – is threatening supplies of the beans on which the coffee harvests depend.

Latest analysis by a team of scientists at the Royal Botanic Gardens at Kew in London found that more than 60% of over 120 coffee species known across Africa, Asia and Australasia are threatened with extinction.

For many people, coffee is their favourite tipple. In the UK alone, more than 80 million cups of coffee are drunk every day. The experts at Kew say a total of 100 million people around the world depend on coffee for their livelihoods.

Climate change, together with fungal diseases and the impact of land clearances and deforestation, are all having negative impacts on coffee plants.

Coffee plants are fragile and often acutely sensitive to temperature changes, particularly those belonging to the Arabica species (Coffea arabica), the source of the world’s most popular coffee variety.

Wild coffee plants play an essential role in building up more robust plants for cultivation; cross-bred with plantation plants, they provide the genetic resources to help withstand pests and diseases. They also encourage resilience to changes in climate and improve the flavour and quality of the coffee beans.

The Kew scientists, together with colleagues in Ethiopia, the biggest producer of Arabica coffee in Africa, used climate change models and temperature projections to gauge the future health and survival rates of wild Arabica plants.

The results of the analysis, the first ever comprehensive survey linking climate change with Arabica coffee production, will have coffee drinkers crying into their cups.

Dr Justin Moat, who headed up the Kew study, says more than 60% of wild Arabica plants are threatened with extinction.

“The worst case scenario, as drawn from our analyses, is that wild Arabica could be extinct by 2080.

“This should alert decision makers to the fragility of the species.”

The highlands of Ethiopia and of South Sudan are the natural home of Arabica coffee. Researchers found that deforestation over the past 70 years plus more recent changes in climate could result in wild Arabica becoming extinct in South Sudan within the next two years.

“The climate sensitivity of Arabica is confirmed, supporting the widely reported assumption that climate change will have a damaging impact on commercial coffee production worldwide”, says Dr Moat.

In coffee-growing areas around the world, including Ethiopia and Brazil, temperatures have been rising while amounts of rainfall have been decreasing.

The Kew study says that while bumper coffee harvests over the last two years have led to generally low prices, this pattern is unlikely to continue as crop yields decline and demand grows.

The study says coffee growers, mostly smallholders, should be paid more for their produce in order not only to improve living standards but to encourage more sustainable and innovative cultivation methods. The Yayu Project in Ethiopia is seen as a model for this form of development.

There should also be more research into wild coffee species and investment in building up collections and seed banks.