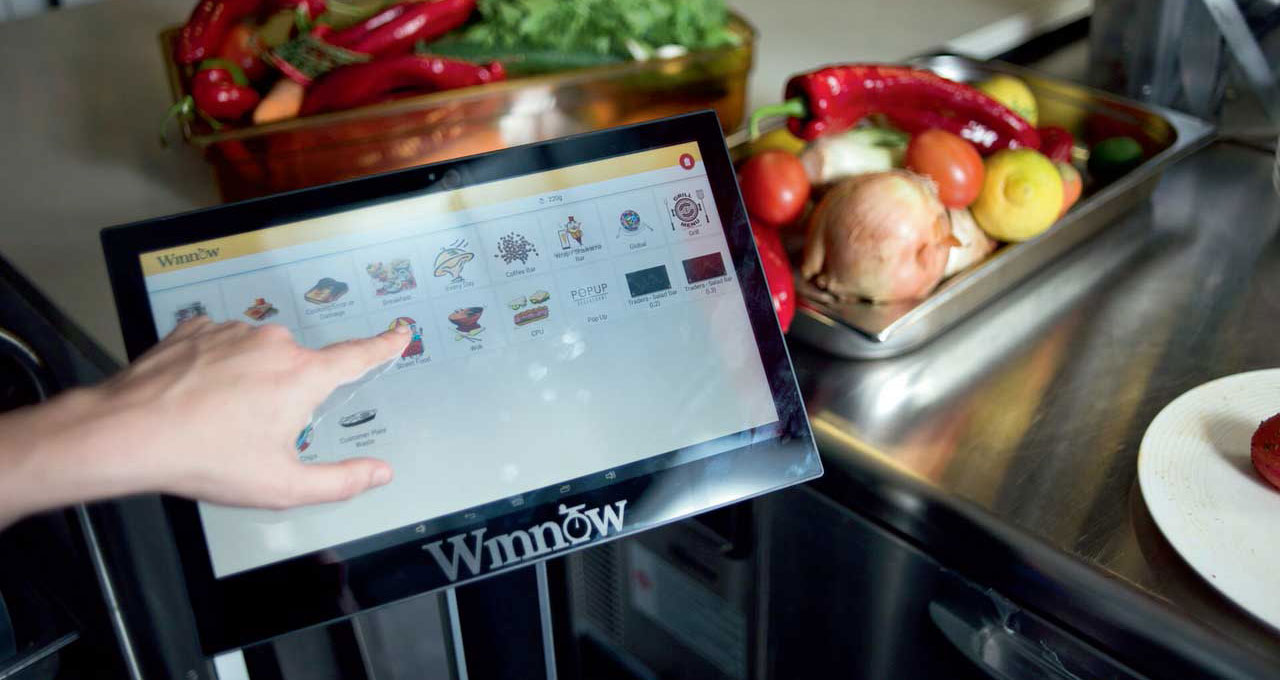 This article was originally published by SSUP!3.0 , a partner for the upcoming Circularity 2030 Responsible Business Forum, and is republished with permission.

The kitchen of the future: how Winnow is scaling food waste prevention to address a $1 trillion problem

Winnow is addressing a problem that literally weighs approximately 1.3 billion tonnes each year. That’s over 4 times heavier than the weight of every person on earth combined.

What could possibly be that heavy?

The food wasted every year – or about one third of all food produced.

It’s a $1 trillion problem globally, and $100 billion in the hospitality industry alone.

Given that 1 in 9 people go hungry, the opportunity presented to make our food system more efficient is nothing short of mouthwatering for a triple bottom line entrepreneur – especially given that we produce enough food to feed 10 billion people (1.5x the size of our current population).

Unlike other startups which build a business around a product or the prospect of an exit, Winnow exists to address this massive global food waste challenge. In 2013, the company set out to change the operations of some of the biggest food businesses in the world by building “the kitchen of future”, leveraging AI to help chefs reduce food waste and run more profitable and sustainable kitchens.

Winnow Vision, launched two years ago, is comprised of a “smart camera” placed on top of where food is thrown away – and it can identify food type, weight and cost better than humans. The technology can easily and accurately calculate the cost of the food discarded, giving the chef and kitchen staff valuable insights into the business.

Since its founding, the startup has helped businesses (for now in the hospitality industry) save $30 million a year. But this is just scratching the surface of Winnow’s potential: the company has set out to save its customers $1bn dollars a year by 2025.

Why this is SO EXCITING…

Food waste remains one of the biggest and least addressed issues of our time. Winnow is focusing on one part of reducing waste along the value chain – and, boy, have they developed a compelling business case in the process.

The more food waste avoided, the more money kitchens save which contributes to the overall Winnow goal: a “lockstep model” in which incentives are all perfectly aligned between profit and planet.

Marc Zornes, the company’s founder and CEO, is an INSEAD alumn. Before he started Winnow, Zornes won our school’s business venture competition for his earlier triple bottom venture, Sefaira – a software to make buildings greener, which his co-founder Peter Krebs (whom we also interviewed) went on to run. After graduation, Zornes worked for the Sustainability & Resource Productivity practice within McKinsey. In 2011, Marc co-authored a report for the McKinsey Global Institute “Resource Revolution: Meeting the world’s energy, materials, food, and water needs“. The report cites the top 15 high-impact resource productivity initiatives. The first? Building efficiency (the focus of Marc’s first company), and the third? Reducing food waste.

Marc had a lightbulb moment. “It was an enormous issue that nobody was doing anything about.”

The first version of Winnow was a tablet seran-wrapped to a scale in the McKinsey breakroom. Back in 2013, computer vision technology was not nearly developed enough to build the product Marc envisioned. Instead of waiting for the technology to mature, Marc decided to take what was more or less his MVP (minimum viable product) requiring manual user inputs and scale up the business.

As a testament to the market’s demand for reducing food waste, Winnow built a meaningful business with its “V1” product. The startup was even one of the fastest growing tech companies (76th ) in Europe according to the FT’s ranking – with 50 employees and sizeable revenues to boot.

But, as Marc explained, “the ambition has always been to let computer vision solve the problem and collect data automatically.” For the product to really be successful, it has to be as automated as possible.

Accuracy of data collection and time to collect data were both initially barriers to scale. So when computer vision technology finally got to a place where it was ready for commercial use two years ago, Winnow moved quickly.

With computer vision technology “caught up”, the business is “that much more scalable”, explained Marc.

On the Market Opportunity…

Food waste is certainly a complex problem and the market is far from saturated. Given the magnitude of the problem, and new regulations surrounding this topic, entrepreneurs and investors are moving fast in taking advantage of this “big orphan” Marc refers to.

Solving this problem will require a lot of players addressing different parts of the value chain like Apeel (extending shelf life) or TooGoodtoGo and Karma (food from restos and retailers)  Rubies in the Rubble (jams and condiments from produce that would have otherwise been thrown away)… “there is $1 trillion dollars to play for, so this is naturally going to start attract investment.” Indeed, in 2018 food waste startups attracted more than $125 million in venture capital and private equity in the U.S. alone.

For now, the company is focused on the hospitality market. Winnow is going after large hotel chains for scale. There is also a powerful business case for these chains: a 2-10x ROI in year 1.

On the business of sustainability…

For Winnow, “sustainability” in and of itself is not yet a compelling value proposition for companies or investors. In Marc’s experience, people still have a connotation sustainability is “lighter on the business case.”

“Sustainability is a tiny part of the value proposition I present to companies. I’d rather not sound like a tree hugging hippie when it is really the economics that will drive [the business] at scale.”

Where the labeling of “sustainability” has helped Winnow is in finding top talent and active investors. It has also helped Winnow “punch above weight in terms of awareness… the impact of our marketing dollars is higher.”

Food waste prevention isn’t an economics questions, and doesn’t require government subsidies or tariffs to make the business viable (as with other sustainable innovations). Yet, policy can play a role in accelerating the speed of adoption of Winnow and other food waste reduction products and behaviors.

“Businesses and people are habitual creatures… Even if it does make economic sense, they won’t prioritize.”

Indeed, in some countries there is increasing legislation and government support – especially given that government doesn’t want food to be thrown away due to concerns around food security or avoiding landfill.

The UK government, for example, is advocating measurement of food waste in the hopes that this transparency will shed light on where the system is broken.

On SDGs and sustainability…

SDG indicator 12.3 focuses on global food loss. According to Marc, the SDGs offer a helpful and a point of legitimacy for his business.

We know just the company to help.