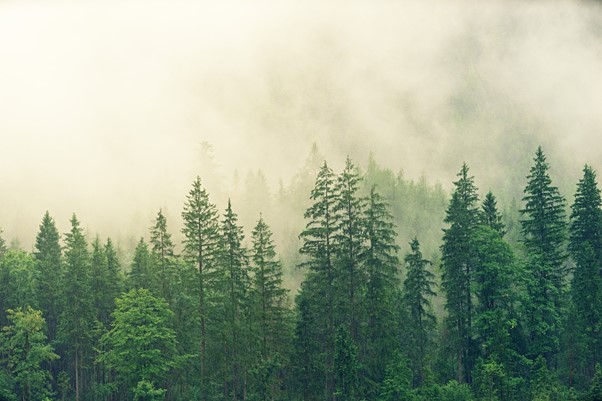 As the fate of the world hangs in the balance due to climate change, there is mounting pressure on large stakeholders such as governments and big corporations to change their modus operandi and drastically cut their carbon emissions. Under the 2015 Paris Agreement, nearly 200 countries have endorsed the global goal of limiting the rise in average temperatures to well below 2℃ above pre-industrial levels, at ideally 1.5℃. Aligning themselves with this agenda, several companies have come forward in recent years to announce ambitious climate targets, such as pledging to substantially reduce carbon emissions in their operational activities and achieving carbon neutrality in 10-20 years’ time.

Purchasing carbon credits has quickly turned into one of the go-to sustainability strategies for such parties to address unavoidable carbon emissions. However, this method is not as simple as it looks and has been subjected to heavy criticism by environmentalists. Nevertheless, there is a skyrocketing demand for carbon credits, leading to increasing efforts to fix their poor reputation and boost carbon markets.

What are carbon credits?

Carbon credits are certificates representing quantities of greenhouse gas emissions that have been kept out of the air or removed from it. They are generated from certified climate action projects which must adhere to a rigorous set of criteria to pass verification by independent third-party verification agencies. They must also undergo a review by a panel of experts at a leading carbon offset standard like Verra or Gold Standard. 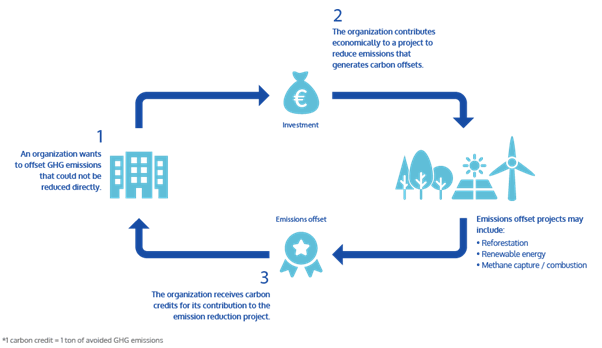 Figure 1: What carbon credits are and how they are used. Source: Climate Trade

Project developers have numerous options when selling the carbon credits generated from their projects. They can either sell these credits directly to the end-buyer or through a host of intermediaries available such as carbon brokers or retailers. Alternatively, they can choose to list them on a carbon exchange platform, where end-buyers can browse through a curated list of projects and purchase individual projects or standardised contracts. 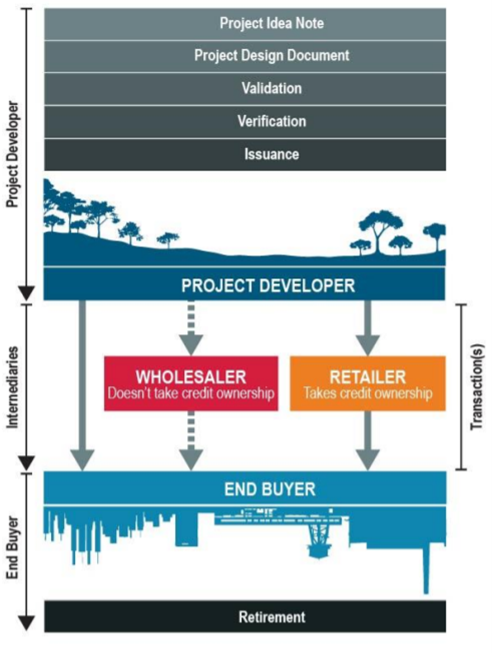 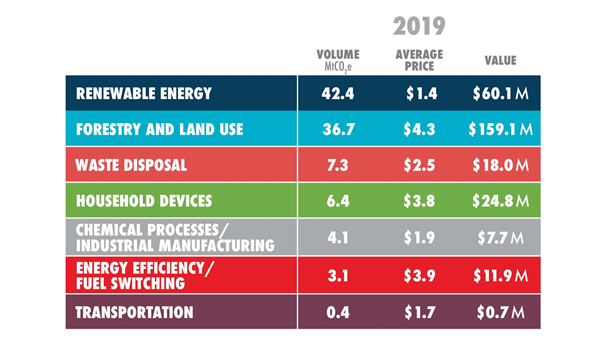 While carbon credits in the form of certified emission reductions have been in use since the 1990s following the Kyoto Protocol, the voluntary carbon market (VCM) for carbon credits has grown significantly and is only expected to expand further. A report by McKinsey estimates that the annual global demand for carbon credits could reach up to 1.5-2.0 gigatons of carbon dioxide (GtCO₂) by 2030 and up to 7-13 GtCO₂ by 2050. While this rise in demand is no doubt significant, it is projected to be matched by the future potential supply of carbon credits. These carbon credits would come from four main categories: avoided nature loss, nature-based sequestration, avoidance or reduction of emissions and technology-based removal of carbon dioxide from the atmosphere. 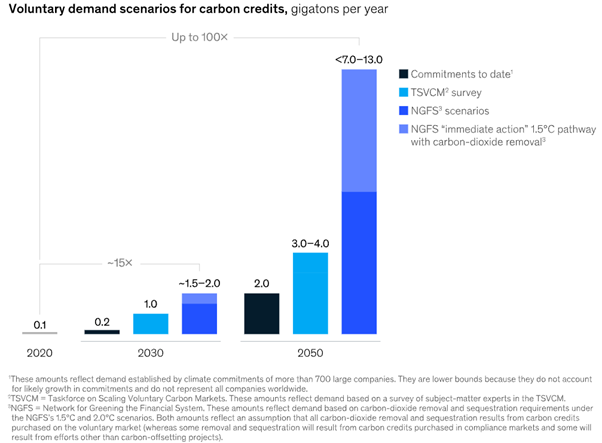 A common criticism that environmentalists have lobbed at businesses using carbon credits to offset emissions is that they are paying for a quick fix and not truly seeking to overhaul their emissions. In the past, several businesses have tried to use carbon credits as a substitute for cutting emissions directly. For example, oil giant BP runs a Target Neutral programme that offers a range of offsetting projects, including protecting forests in Brazil. This is despite the fact that their whole business revolves around burning fossil fuels. By shifting their responsibility for the climate onto the consumer, companies like BP are allowed to continue their unsustainable behaviour without any checks and balances. In such scenarios, carbon offsets are reduced to a mere PR strategy that enables companies like BP to avoid taking meaningful and concrete steps towards slashing their own emissions. If companies are serious about climate change, they should put people and the planet over profit by making fundamental changes to their business model.

Unfortunately, there is also a lack of trust in the quality of carbon credits due to additionality and permanence issues. If a carbon offset project is “additional” in nature, it means that the reduction in greenhouse gases (GHGs) due to that project would not have happened without the offset buyer. On the other hand, permanence refers to the sequestration that projects need to ensure that emissions are kept out of the atmosphere for a reasonable length of time (usually 100 years). There have been some botched carbon offset projects that have failed to deliver in these aspects. An estimated 153,000 acres of forests that were part of California’s carbon offset programme were burned this summer, thereby releasing all their stored carbon. This is a clear example of how carbon credits were overvalued. Furthermore, some landowners have taken advantage of the system by accepting payments for protecting forests that were in no threat of being cut down in the first place.

Arguments to be made for carbon credits

While the environmental merits of carbon credits have long been at the forefront of the debate on whether carbon credits should be used or not, their potential for vast positive impact beyond climate change mitigation is often understated. Recently, there has been a growing focus on buyers’ preferences for co-benefits such as biodiversity and impact on local communities. Buyers are willing to pay a premium for projects that address these issues. An example of such a project would be the Katingan Mentaya Project (KMP), under which 5 critically endangered species, 8 endangered species, and 31 vulnerable species are protected. 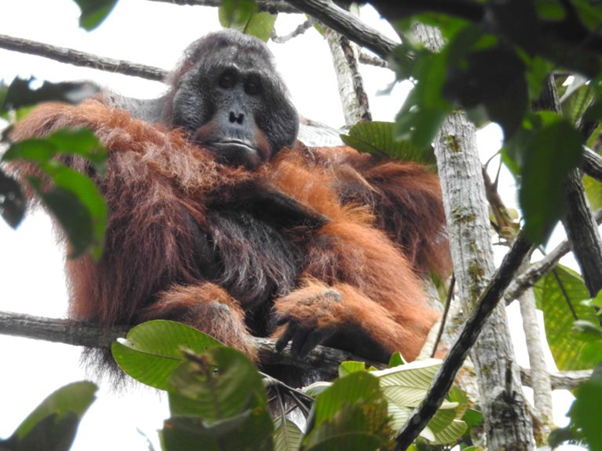 Local communities also benefit under this scheme as several Sustainable Development Goals (SDGs), such as “No Poverty”, “Clean Water and Sanitation” and “Decent Work and Economic Growth”, are targeted by the KMP. More than 60 latrines have been funded through the project to improve access to sanitation facilities for the local communities. A percentage of the carbon revenue is allocated to the development of community-based sustainability businesses. Furthermore, the KMP provides microfinance loans to support innovation for the development of environmentally friendly products. This inspires the growth of local initiatives and simultaneously creates new markets.

The world of carbon credits is a complex one. It is undeniable that to build an effective VCM, a concerted effort across a number of fronts is essential. Firstly, there is a need to create a consensus on the proper use of carbon credits. Setting clearly defined principles for the use of carbon credits would help ensure that carbon offsetting does not preclude other efforts to mitigate emissions and results in more carbon reductions than would have taken place otherwise.

Secondly, there should be a standardised way to define and verify carbon credits. As mentioned previously, targeting SDGs can fetch a higher price for carbon offset projects. However, to date, there is no recognised standard way in the market to quantify said SDGs. The absence of a guiding framework to categorise SDGs means that claiming SDGs freely is up to the project developer’s discretion.  This causes inconsistency in carbon credits which makes the matching of a buyer to a supplier a time-consuming and inefficient process. Standardising these attributes in a common taxonomy will improve this process greatly. Additionally, describing all credits through common features will build trust in the market. This can be done by developing a common quality criteria set out in “core carbon principles”. Then, buyers can rest assured that any credits that have been verified through the quality criteria represent genuine emission reductions.

All else being equal, it is better to buy high-quality carbon credits rather than to not take any action at all. However, it certainly does not exonerate the buyer from their contributions to climate change. In the end, carbon offsets may not let us buy our way into heaven, but they could slow down our descent into hell.

All I Want for Christmas