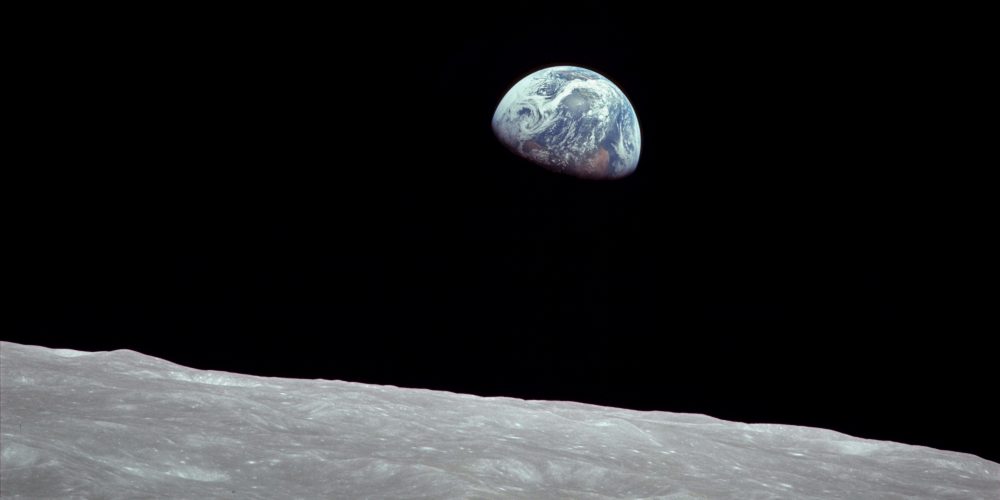 This article was originally published by Metabolic , a partner for the upcoming Circularity 2030 Responsible Business Forum, and is republished with permission.

This year marks half a century since man landed on the moon. The Apollo program inspired environmental movements by providing the first images of the pale blue dot we all live on; lending humanity a new, unifying perspective on the need to protect our home. But space travel does more than inspire ⁠— it also provides practical lessons on living sustainably.

As the world pauses to celebrate 50 years since Neil Armstrong’s small step for man, giant leap for mankind on the Apollo 11 mission in 1969, just as important as setting foot on the moon was the perspective the Apollo program provided of our home planet. In 1968, US astronaut William Anders took an iconic photograph of the Earth during the Apollo 8 mission as his spacecraft emerged from behind the dark side of the moon. Known as “Earthrise”, the photo showed the world the embodiment of the “Spaceship Earth” concept popularized in the 1960s by proto-environmental economist Barbara Ward-Jackson, and highlighted in Richard Buckminster-Fuller’s Operating Manual for Spaceship Earth. Two years after Anders’ mission, environmentalists formally rallied around his photograph, using it as the official symbol of the first edition of Earth Day in 1970.

This symbolism was important, but it is the practical side of spaceflight that could deliver even greater sustainability benefits. The next frontier space agencies are targeting beyond the moon is Mars. Instead of a few days travel to the moon, a voyage to the red planet will take months, presenting serious obstacles as to how to supply astronauts with sufficient food, water, and oxygen in a confined spaceship that cannot afford to be bogged down with too much weight.

These are, in a way, the same challenges we as a species are grappling with here on Earth, just on a much bigger scale. Instead of a handful of people in a small spacecraft, we are 7.7 billion people on a rock hurtling through space, yet we face the same hard limits in terms of finite resources. So how do we ensure our journey on Spaceship Earth is sustainable for the long run? 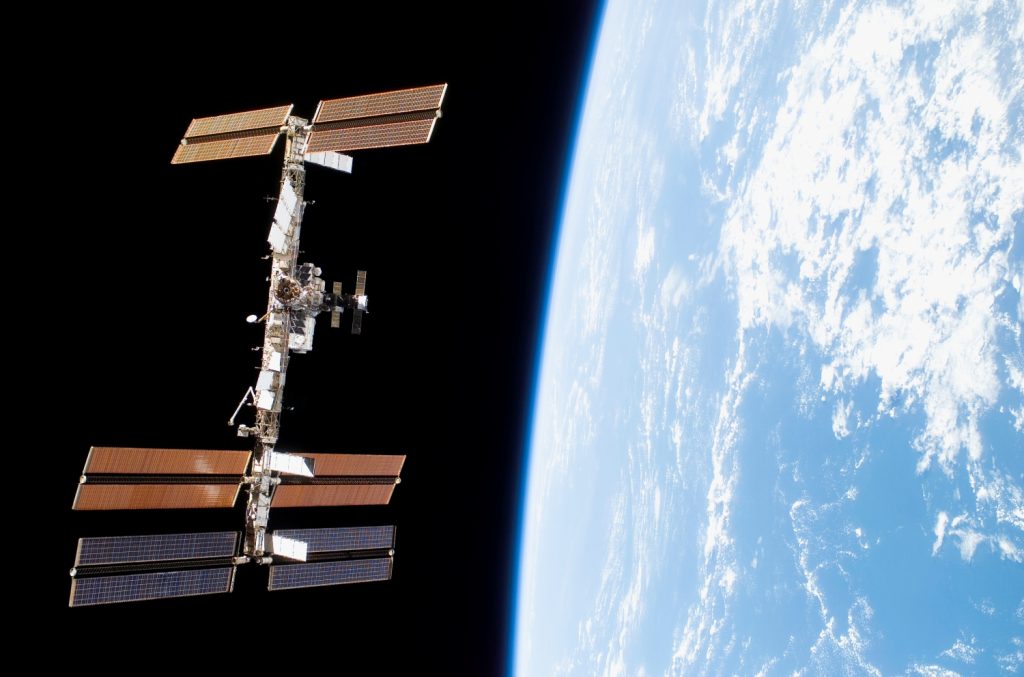 Bringing space innovations down to Earth

Dr. Christophe Lasseur, coordinator of the European Space Agency’s Micro-Ecological Life Support System Alternative (MELISSA), is working to find out. In 2018 he detailed his project’s efforts to pioneer ways to sustain astronauts on long voyages. “The main space agencies would like to explore further than the Earth’s orbit,” he said. “To able to do that you need to carry onboard the spacecraft all the metabolic needs for the astronauts, which means air, water, food, etc. That is a lot of mass, it’s even too much for the capabilities of the launchers. The only solution is to recycle everything onboard, and try to reproduce oxygen, water and food from the waste.”

This waste includes everything from urine, to CO2 exhaled from the astronaut, to packaging. Lasseur is now turning his attention closer to home with the NextGen water project, and is working with four spin-off companies adapting circular solutions for space to put them to good use back on Earth. There have been some surprises. “We were testing bacteria to check if it was edible or not and during these tests we realised that this bacteria has an effect on bad cholesterol,” he said. “We patented it and now we have a company for this.”

The European Space Agency isn’t the only one applying circularity principles. NASA astronauts living aboard the International Space Station drink recycled urine to stay hydrated, while the agency is backing a study examining how to use yeast to transform molecules from sweat, urine and other fluids into plastics for use in spaceship parts. This yeast could also be used for brewing beer, or even in generating omega-3 fatty acids for human consumption to promote eye, heart, and brain health. These solutions could benefit the well-being and happiness of astronauts, but also apply to people on Earth.

Such examples highlight how circular solutions can and should offer multiple beneficial effects for both spacesuit-clad explorers and for the rest of us back home. People don’t just need food and water ⁠— they also need to be mentally stimulated, healthy, and happy. Circular solutions should do more than simply cycle materials if 7.8 billion of us (and growing) are to lead healthy, happy lives with enough room for the environment to thrive. Our Seven Pillars of the Circular Economy outlines this in more detail.

Another pillar we prioritize is renewable energy, and space travel is making headwinds here too with applications back home. A Cornell University project seeks to power a satellite all the way to the moon via solar panels that turn water molecules — which are abundant in space — into hydrogen fuel, which also has applications as a clean source of energy for cars. “If we can successfully demonstrate that water is all you need to travel in space, we’ve gone a long way toward achieving some important goals,” said Mason Peck, associate professor of mechanical and aerospace engineering at Cornell. Space waste and mining the moon

All that being said, it is worth noting that space travel isn’t itself circular. Just as our waste is piling up here on Earth, we also have a growing quantity of discarded materials in orbit around our planet. There are over 20,000 man-made objects circling the Earth, from discarded rocket parts to solar panel shards, some hurtling around at high speeds, threatening our satellites and human-bearing space vessels. The European Space Agency and Studio Roosegaarde are working on a project to capture space waste and upcycle it into sustainable products, but more fundamental questions need to be addressed to avoid creating the waste in the first place. The private spacefaring enterprizes of Elon Musk’s SpaceX and Jeff Bezos’s Blue Origin are developing reusable rockets, as one example.

The interest of private companies in space raises another, deeper question about circularity. Bezos says he is eyeing asteroids and even the moon as opportunities to shift mining and industry off Earth to help protect it. “The reason we’ve got to go to space, in my view, is to save the Earth,” he said at a space tech conference in Las Vegas in June. “If we’re going to continue to grow this civilization, we need to move”. The flipside, however, is mining asteroids and the moon allows us to extend our extractive linear economy approach as we deplete our own planet’s resources.

Then there are the plans for Mars colonization, which Musk urges as a priority as we aren’t taking care of our home planet and need room for growth. Yet, Mars remains vastly less suitable for human life than even the harshest corners of our own planet, such as Antarctica. All these plans cost enormous amounts of money, at a time when there is massive-underinvestment in transitioning to a sustainable economy on Earth. This trade-off is most evident in the budgets of bodies such as NASA, which is responsible for monitoring the climate of our own planetary system in addition to the agency’s work with space travel.

That is, after all, one of the biggest lessons of all we can learn from what we’ve learnt about the lifeless, barren expanses of other planets and the moon. The conditions that allow humans to thrive here on Earth are extremely rare ⁠— and worth doing all we can to preserve. Circular solutions can help spacecraft, yes, but let’s make sure we invest properly in applying them to Spaceship Earth as well.