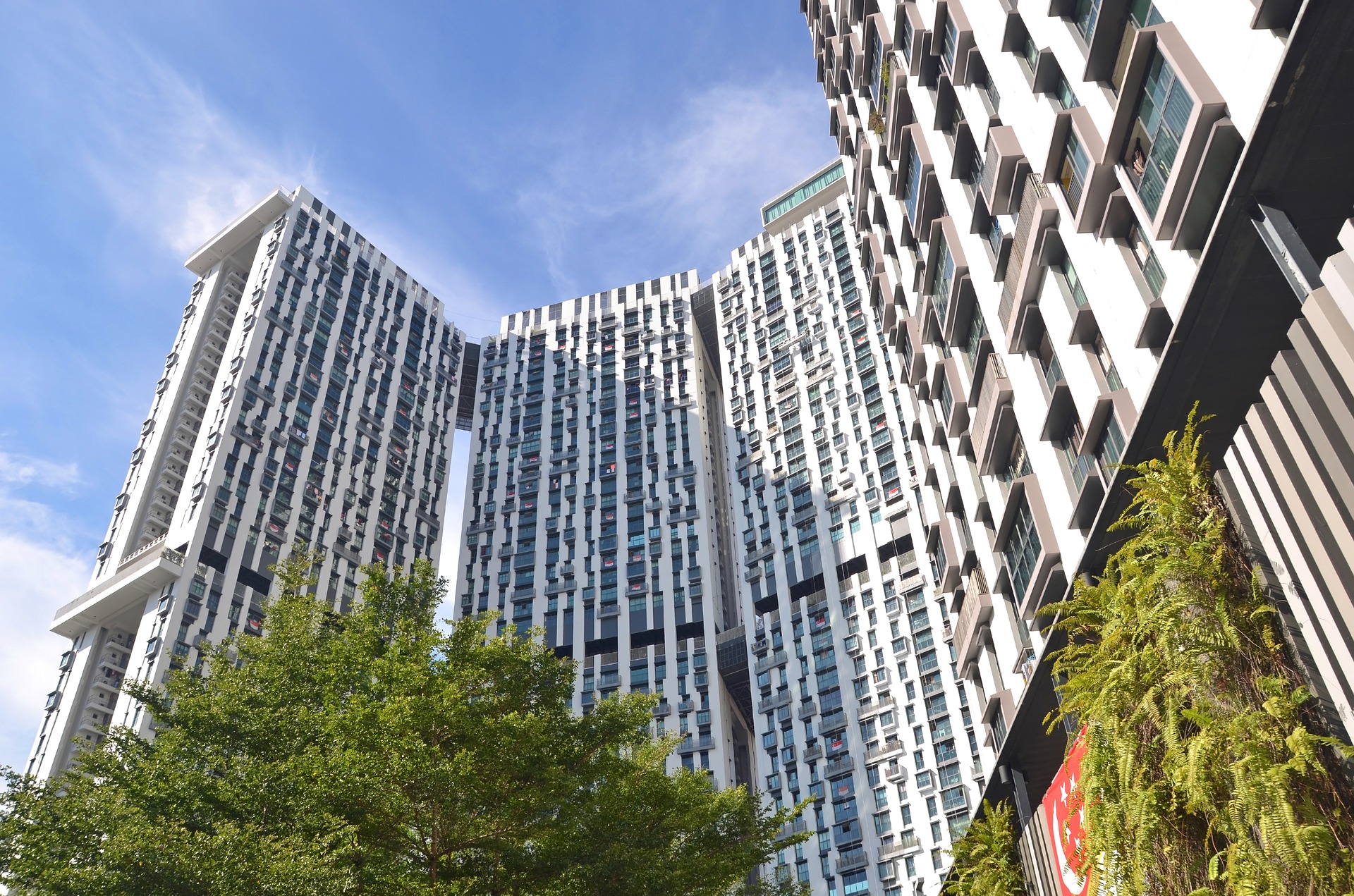 This is an original article written by Cedric Choo.

Many of us are familiar with the term – Build-to-order flats (BTOs), which are flats launched for sale before construction. These flats are increasingly on the rise in Singapore, with more people in our generation applying to live in subsidised public housing. The 99-year leases of HDBs, combined with the fact that about 80% of Singapore’s population lives in public housing, means that their construction needs to take into account their longevity so that they remain liveable for future generations. Incidentally, climate change and its various effects pose several pressing issues that HDB needs to grapple with in building BTOs.

Climate change and its effects are quickly becoming one of the most pressing issues facing Singapore. From sea level rise, increased temperatures, and more extreme weather, among others, steps need to be taken to ensure that we both mitigate as well as adapt to climate change. Building sustainable housing is no exception – both to reduce the carbon impact of housing, as well as provide a liveable and sustainable environment for all Singaporeans. 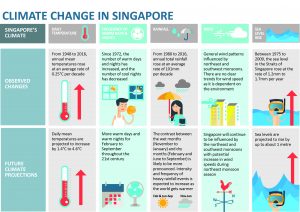 On the climate change mitigation front, much can be done to reduce the environmental impact of building new houses. This is because cement, a highly carbon-intensive material, is essential and ubiquitous in the construction of new buildings. According to Chatham House, a think-tank, cement manufacturing contributes roughly 8% of the world’s annual carbon emissions. If cement manufacturing were a country, its emissions would be the third-highest in the world, after China and the United States. In life-cycle assessments of buildings, emissions from materials contribute roughly 90% of the building’s emissions, compared to 10% of emissions from operations. 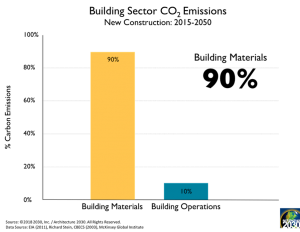 Furthermore, current trends in households in Singapore would only likely accelerate the construction of even more new BTOs and housing estates, which would contribute even more to carbon emissions. According to the Housing and Development Board (HDB), there was an increase in the number of households living in HDBs from 0.82 million households in 2008 to 1.01 million households in 2018. At the same time, average household sizes have shrunk from 3.4 in 2008 to 3.1 in 2018. This suggests a shift in household makeup patterns from larger households to smaller ones, and points to an even greater need to build more housing to accommodate rising demand for public housing. 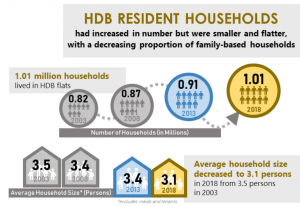 Such trends hint at perennially rising housing demand in Singapore, as more Singaporeans live in more houses but with smaller household sizes. Increasing the construction of more housing, if continued using such carbon-intensive cement, would only further accelerate and contribute to global carbon emissions. It is therefore important for the construction of houses to be done in a more environmentally sustainable way that limits the amount of carbon emissions produced in the process.

However, Singapore is already beginning to experience the effects of climate change, likely to only exacerbate in the future. Apart from constructing houses using low-emission methods, housing in Singapore must also find ways to adapt in order to provide a liveable environment for all Singaporeans.

Singapore is projected to hit daily temperatures of 40 degrees C as early as 2045. Such temperature rises pose a significant public health risk to vulnerable demographics, such as the elderly, who are more prone to heat stress. These temperature increases will also likely be exacerbated by the urban heat island effect, in part due to Singapore’s highly built urban environment and the ubiquity of air-conditioning around Singapore.

To adapt and enhance the liveability and sustainability of Singapore’s housing, the Housing and Development Board (HDB) has taken great strides in recent years to build more sustainable public housing as well as retrofit or upgrade older estates.

Government initiatives targeted towards residential estates include the HDB Greenprint, integrating more greenery into the lived environment, placing sustainability as a cornerstone of newly constructed residential neighbourhoods, and investing into more advanced and smarter technology to improve liveability of estates.The construction of “nature-centric” towns with green facades has been shown to mitigate the Urban Heat Island effect, as well as provide myriad psychological benefits for residents living within such green environments. The centrality of such greening efforts to the construction of new towns and neighbourhoods is apparent in Punggol, as well as the upcoming Tengah forest town. 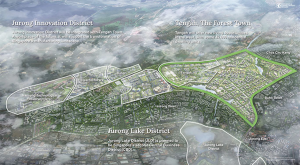 Efforts have also been implemented to retrofit older housing estates with similar greening measures, as seen in HDB’s Greenprint in Yuhua and Teck Ghee estates.

Additionally, the SolarNova program has also been implemented in various HDB estates to generate more electricity from solar energy.

Clearly, there are many attempts by the government to adapt to climate change in public housing, as well as reduce the operational carbon footprints of HDB estates across Singapore.

What more can be done?

However, beyond just adapting to climate change, more needs to be done to ensure the environmental impact of housing construction is minimised as 90% of a building’s carbon emissions throughout its life cycle come from construction materials alone.

The key recommendations of Chatham House to decarbonise cement production include: 1) governments changing their cement procurement practices to grow the market for low-carbon building materials, 2) invest substantial funds into R&D into next-generation construction materials, and 3) establish partnerships with construction and cement companies to achieve climate-compatible pathways in construction projects.

While Singapore has little domestic cement production capabilities, it has substantial R&D capabilities to push innovation in low-carbon construction materials. A similar venture to create alternative low-carbon construction materials has already been demonstrated in NEWSand, where plans exist to use treated waste as material to construct roads in Singapore.

Likewise, we should also refrain from focusing too heavily on carbon emissions when it comes to building houses. Other considerations like protecting biodiversity need to be considered as well. We have seen how plans to clear away Dover Forest for housing in recent times have sparked significant controversy, as doing so threatens the rich biodiversity in the forest. To ensure genuine progress in environmental sustainability, measures such as Environmental Impact Assessments (EIA) should be made compulsory for all construction projects, and be made available to the public. Currently, according to the Environmental Law Students Association in the National University of Singapore, EIA assessments are not mandatory and only selectively implemented by the government.

Therefore, building sustainable housing in Singapore should not only take into account the emissions impacts of new housing projects while adapting to the worsening effects of climate change, it should also include more robust measures beyond climate change and emissions – such as mandating EIAs to be compulsory in new construction projects. Doing so would allow Singapore to truly achieve its goal of providing sustainable housing for Singaporeans.