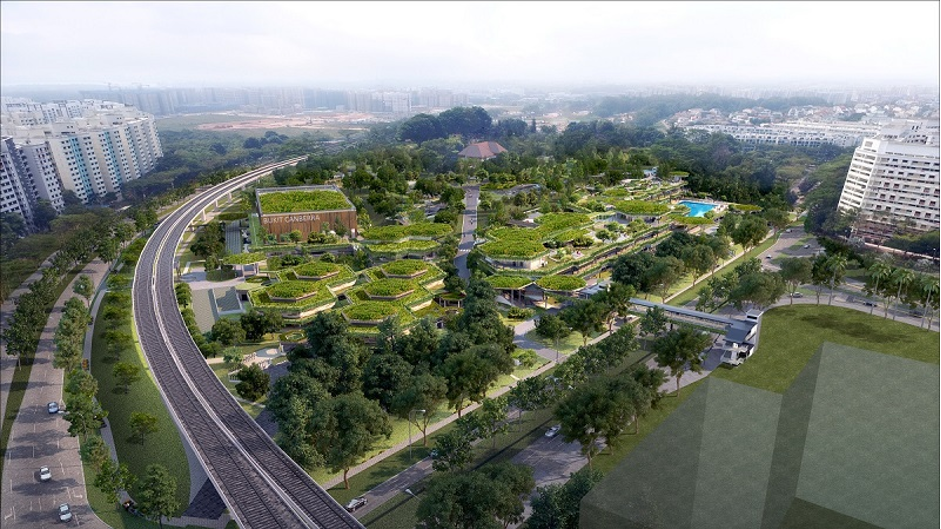 In October 2019, Singapore’s then-Minister for the Environment and Water Resources Masagos Zulkifli announced that the nation-state would be implementing nature-based solutions to combat sea-level rise. These plans would help to mitigate coastal erosion and restore what little was left of Singapore’s mangroves.

The benefits are multifold – this will support our biodiversity, and importantly, further drive climate mitigation and strengthen our resilience, Mr Masagos said.

One year on, there has been a steady emphasis on nature-based solutions as an integral part of our mitigation plan for climate change. In alignment with this, the National Parks Board has spearheaded the replanting of trees in our nature parks and the development of more nature parks in order to protect vital mangrove habitats.

Parks in Singapore are no longer simply gardens for recreational enjoyment. While they are beautiful in their own right, we have evolved to also understand the vital role that they play in an urban environment such as protecting us from the adverse impacts of climate change.

But how did we get here and what is the role they play?

A brief history of parks in Singapore

Founded in 1822 by Sir Stamford Raffles, the Botanical Gardens on Fort Canning (not to be confused with the current Singapore Botanic Gardens) was the first garden established in Singapore. The garden was largely a nutmeg plantation, stemming from Raffles’ desire to cash in on a booming nutmeg market. However, it was not to be; the garden closed in 1846 due to a lack of funding.

Two decades later, the Singapore Botanic Gardens was established by an agri-horticultural society as a place for leisure and learning. However, also plagued by funding issues, the management was returned to the colonial government which again placed an emphasis on cash crops until it was handed over to the Japanese in 1942, and back to Singapore again after the war.

After 1945, the authorities were largely concerned with housing and redevelopment. While there was the hope for Singapore to become a ‘Garden City’ and to plant more trees, little land was intentionally set aside for gardens and parks.

Thankfully, over the next few decades, more importance was given to greening the city in order to provide an amenable environment for residents and a welcoming place for visitors and investors. Interestingly, the late Mr Lee Kuan Yew also noted that the importance of trees in boosting our water supply through encouraging cloud formation and moisture retention – a vital ecosystem service.

The faithful service of our parks

These ecosystem services are exactly what is so important about our parks today. Defined by the Millenium Ecosystem Assessment as “the benefits people derive from ecosystems”, they are classified into four different categories – provisioning, regulating, cultural, and support services – which are not only ecologically important but also hold cultural and economic importance. 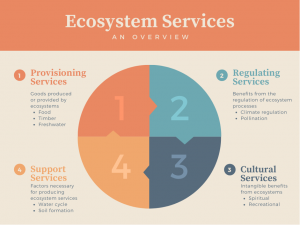 Parks such as MacRitchie Reservoir Park and Upper Seletar Reservoir Park provide us with fresh water through the reservoirs they contain, which are key to Singapore’s water security. With Singapore topping the World Resource Institute’s list of countries most at risk of facing high water stress, ensuring a steady and consistent supply of water is vital for our existence.

Just like Mr. Lee mentioned, trees in our parks also support the natural water cycling process that refills our reservoirs, guarding against long-term droughts. Without these trees, we might have to depend more on desalination, NEWater, or imported water, all of which are either resource-intensive or make us dependent on others for our water supply. Water rationing seems like a far-fetched idea now – but by 2040, that might be our stark reality!

On the other hand, mangroves in Sungei Buloh Wetland Reserve and the upcoming Lim Chu Kang Nature Park mitigate coastal erosion through their dense root systems – which will be vital in the years to come as Singapore battles rising sea levels in the face of climate change. Even naturalised canals help lower the risk of flash flooding from extreme weather events.

This could be seen in how the naturalised canal in Bishan-Ang Mo Kio park helped to contain the voluminous amounts of rainfall after it rained continuously for more than a day on New Year’s Day. The vegetation helped to slow down the flow speed of the water, giving more time for water to drain out of larger canals and reservoirs downstream, preventing flooding there. Additionally, plant roots helped to hold the soil together preventing soil erosion, which could cause riverbanks to collapse or rivers to become clogged and overflow.

Feel relaxed and happy whenever you take a walk through your nearby park? Our parks also provide intangible benefits in the form of cultural services. Besides functioning as areas for ecotourism and recreation, green and blue spaces have also been shown to improve mental health, lower blood pressure and stress levels, which are salient problems for city-dwellers like us.

A City in Nature

The importance of our eco-parks in sustainable development and climate mitigation is undeniable and Singapore wants to bring it a step further. Singapore has pledged to become a “City in Nature” within the next decade, with Singapore becoming an urban ecosystem in itself. Not only will there be patches of land set aside for nature reserves and parks, but “Nature Ways” – green buffers along roads that provide connectivity between our nature areas – will bring nature right to our doorstep, making us more resilient in these unprecedented times.

Businesses can also help make this a reality by conserving natural resources, supporting green development, providing sustainability training to inspire workers to be stewards of nature and so much more. It takes an entire community of actors to achieve a “City in Nature”.

While the goal is definitely ambitious, I concur with the remarks of Khoo Teng Chye, Executive Director for the Centre of Liveable Cities:

I am optimistic that we can become the first City in Nature. More than any other city, Singapore has the propensity to make this happen. This should not be just a wish but we have to make sure it happens.

Will you be a part of this journey?