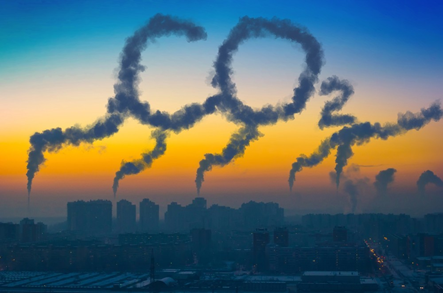 In the recent Youth4Climate summit held in Milan, Italy, Climate Activist Greta Thunberg gave a monumental speech lambasting world leaders on their promises to mitigate climate change. As Thunberg puts it herself:

Upon first glance, the expression “blah, blah, blah” seems rather bizarre, and almost disrespectful, leaving many to wonder the actual meaning behind such an expression. However, as Thunberg further clarified:

This is all we hear from our so-called leaders. Words that sound great but so far have not led to action. Our hopes and ambitions drown in their empty promises.

Many of us couldn’t help but empathize with Thunberg’s sentiments. More often than not, we have observed terms like “Carbon Zero” and “Carbon Neutral” being thrown around frequently in dialogues surrounding climate action. At times, these terms are even used synonymously. One cannot help but notice the gradual loss in impact and significance behind these terms; in the past 30 years, these terms are beginning to seem more like mere wordplay, without any concrete action plan that follows.

At this juncture, we need to genuinely ask ourselves: Do terms like “Carbon Zero” or “Carbon Neutral” really matter? Or are they just noise deterring us from taking action? If they truly matter, what do they actually mean?

As mentioned, the terms “Carbon Zero” and “Carbon Neutral” are often confused to be the same and used interchangeably by the masses, governments, and businesses. Both terms are closely related, whereby they are generally understood as the commitment to decarbonize and decrease carbon emissions, acted upon by economic actors in both the public and private sectors. However, there are several key distinctions between the two, with the most important being what they set out to achieve in terms of reducing greenhouse gas emissions: Carbon Zero means emissions are not being produced (or as close to zero), while Carbon Neutrality means some emissions are generated, but are offset somewhere else to make the overall net emissions zero. 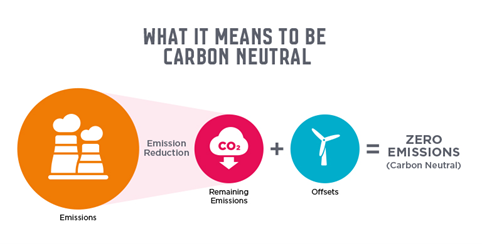 Carbon Neutrality refers to a net-zero in CO2 emissions, which is achieved when anthropogenic CO2 emissions are balanced through ‘offsetting’ an equivalent amount of carbon for the amount produced. It also involves removing CO2 emissions from the atmosphere over a specific period. The offsetting could be achieved through the purchase of ‘carbon credits’, which will allow businesses to emit carbon dioxide or other Greenhouse Gases (GHG) in exchange for providing support towards GHG-reduction initiatives.

However, this leads us to the issues faced by Carbon Neutrality. There are no regulations on how much carbon offset businesses are allowed to purchase, and businesses could merely focus on aggressively buying carbon offsets in order to justify their carbon emissions. The most common offsets are “avoid-emissions” offsets, which tend to be cheaper, usually consisting of projects that prevent the additional release of carbon dioxide into the atmosphere through deforestation prevention and funding renewable energy projects. However, projects that actually remove carbon dioxide, such as reforestation or GHG capture and storage, tend to be more expensive, and are therefore often avoided by businesses. This undermines the need for investment in infrastructure that actually reduces pollution, as stated by the Science-Based Target initiative. If companies are serious about offsetting emissions, they should purchase more of those carbon-removal credits that actually draw down greenhouse gases. 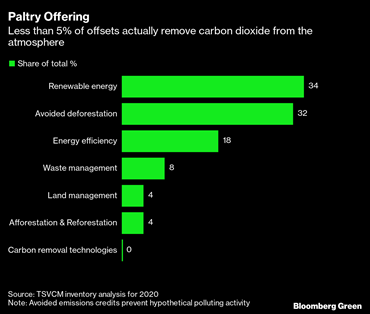 Furthermore, the concept of Carbon Neutrality has led many to believe that climate action is merely a zero-sum game of offsetting and compensating the harm we have done thus far. The options of offsetting could also allow businesses to transfer responsibility to other businesses through the use of offsets, and the carbon accounting employed by businesses is nowhere near as rigorous to accurately pinpoint the exact amount of carbon produced. It should also be noted that Carbon Neutrality does not require a commitment to reduce the overall GHG emissions, as any business that declares its intention in working towards carbon neutrality only needs to offset the GHG emissions it produces, even if the business’ carbon emissions are still increasing. 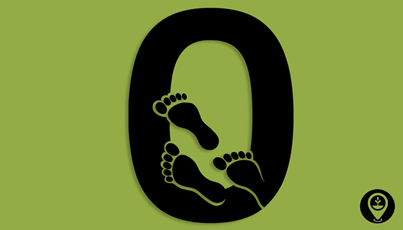 By contrast, the commitment towards Carbon Zero is much more demanding, as it entails the reduction of GHG emissions to as close to zero as possible, with the goal of balancing the total emissions produced with the total emissions removed from the earth’s atmosphere. This would require businesses to reduce their GHG emission across all activities as much as possible, coupled with a comprehensive analysis of their carbon footprint. Businesses must support the removal of any carbon dioxide emissions they produce, and the removal must be permanent and accredited. In essence, Carbon Zero would mean that no carbon was emitted into the atmosphere from the get-go, so that no carbon needs to be captured or offset.

Although the demands that follow the commitment towards Carbon Zero are much more effective in minimizing CO2 emissions, many businesses often fall prey to ‘greenwashing’, where they confuse the demands of Carbon Zero with Carbon Neutrality, and therefore deliver less than what they have initially promised. Greenwatch has found that 95% of net-zero claims in the communications industry are greenwash, with other sectors not far behind at 80%.

Furthermore, the path to Carbon Zero is riddled with potential pitfalls. The commitment towards Carbon Zero depends heavily on the capturing and storing of GHGs. However, the technology required has not yet caught up with our rising emission levels. Paul Brown, a reporter from the Climate News Network, also pointed out that plans for removing carbon from the atmosphere via reforestation are a risky gamble, as it could possibly devastate the prospects of global agriculture, leaving many of the world’s poorest to suffer from mass starvation. As the climate change lead of Oxfam International’s climate change lead Nafkote Dabi puts it:

Nature and land-based carbon removal schemes must be pursued in a much more cautious way… They could instead spark even more hunger, land grabs, and human rights abuses.

From Here on Out

No doubt, one could emphasize the sentiments expressed in Thunberg’s speech, as the intricacies behind these terms seem to prevent us from taking any concrete actions. However, it is equally important for us to be clear on what we seek to accomplish, and this could only be done if we are clear on what either Carbon neutrality or Carbon zero entails. Audrey Choi, the chief sustainability officer and chief marketing officer at Morgan Stanley, states that it is still important for us to take the first step in setting a target, even when we don’t have all the answers.

No one necessarily has all the answers, but we’ve never done anything in the history of humanity without first declaring intent. This is a time where it’s unquestionable that we need a bold declaration of intent because then and only then can we marshal all the resources to get there collectively.

Furthermore, it is also important to ensure that an effective and consistent carbon management strategy is in place, and it should be one that prioritizes emission reductions over offsetting. Businesses should do a comprehensive analysis of their initial environmental impacts, and understand what their emission sources are. Once they are clear on their emission sources, they should set up their climate strategy that consists of the following steps:

The strategy should also take into account plans for adapting to the risks of our warming climate, and companies need to examine all aspects of their value chain to sieve out any hidden vulnerabilities. Only then can we start to do justice to what these terms were originally set out to accomplish.