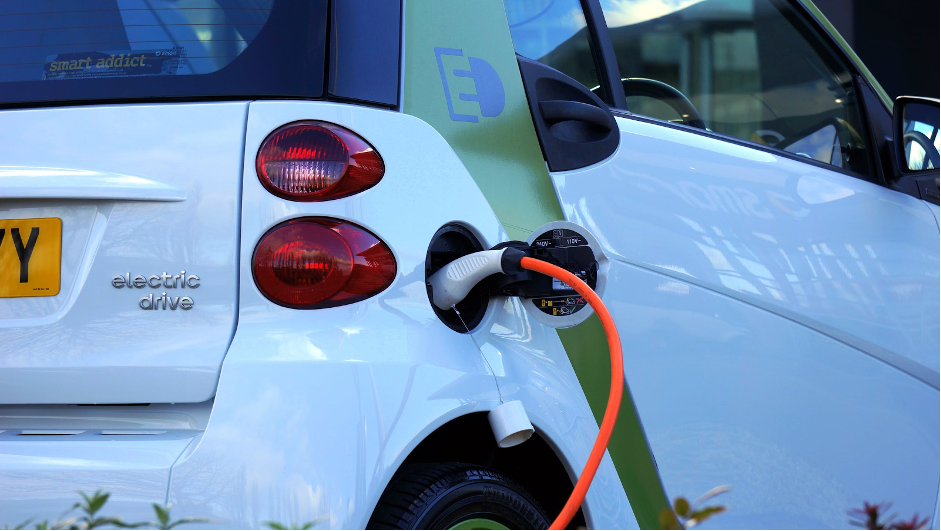 In recent years, Singapore has witnessed the rapid rise of electric vehicles (EVs) – from the increasing adoption of electric car-sharing services to the announcement of bold transport policies. It appears that the Singapore Government has made significant advances in transforming the nation’s transport system to become more environmentally sustainable – but are they in the right direction?

On 10 February 2021, the Government of Singapore released the Singapore Green Plan 2030 which charts the nation’s green targets for the coming decade. Among the various commitments, the Ministry for Transport laid out their 2040 vision to “phase out internal combustion engine vehicles, and have all vehicles run on cleaner energy”. The goal is for all newly-registered cars to be cleaner-energy models from 2030.

The ministry’s targets reflect a larger trend that has seen a rapid shift away from internal combustion engine vehicles that run on petrol or diesel, to cleaner energy models like electric vehicles (EVs). Despite electric cars making up only a fraction of the vehicles, 2.1 million electric cars were sold globally in 2019, showing growth in existing stock by 40%.

Beyond cars, public transport systems have seen the electrification of buses, such as those in Kolkata, Shenzhen, and Helsinki. 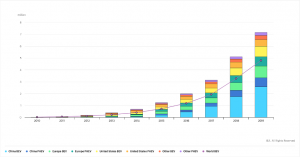 Unlike regular vehicles that require petrol or diesel to function, EVs operate fully on electricity.  They are regularly ‘recharged’ by connecting them to an electrical source – much like our personal electronic devices. As combustion – the burning of fuel – is omitted, these vehicles are considered to be a cleaner mode of transport as they produce lower emissions and minimize air pollution from exhaust (since the bulk of their environmental impact occurs during the manufacturing process). Moreover, as EVs are much quieter than traditional vehicles, the detrimental effects of noise pollution on residents and wildlife are reduced. 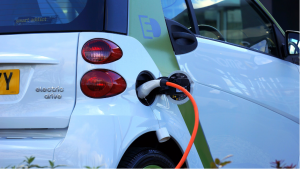 For all the benefits that come with EVs, this alternative to traditional vehicles does come with certain cons. Just like our electronic devices that have a limited battery life, EVs are not able to travel as far in a single charge compared to traditional cars on a full tank due to their limited battery life. They also require relatively long periods of charging, which could pose a problem for drivers if they allow their EV to run out of battery.

During Singapore’s Budget 2021 speech, Deputy Prime Minister Heng Swee Keat announced a slew of new and existing initiatives that the government will be embarking on to support the city-state’s transition to EVs.

These included measures to incentivise potential car buyers to choose EVs, such as the implementation of 60,000 EV charging points at public car parks and private premises by 2030, and by narrowing the difference in prices between EVs and internal combustion engine vehicles. Shockingly, the price of petrol was also raised for the first time in six years to discourage people from continuing to choose internal combustion engine vehicles.

In addition to these initiatives, the government has also committed to providing S$30 million over the next 5 years for EV-related activities such as improving the availability of charging services in private properties. While not much else has been said about these initiatives, we have seen the proliferation of private companies such as BlueSG – which uses EVs for its entire fleet – and businesses focused on the innovation and application of EVs such as Greenlots and Charge+, which are developing charging stations across the nation.

What more can we do?

Despite the significant role that the government plays in ensuring a smooth adoption of EVs, much can still be done on the part of private entities.

This brings us to the next point: Corporations and private finance play an important role in the development of and transition to EVs. On 15 February 2021, OCBC announced an upcoming partnership with Charge+,  that would see the bank offer digital payment services for their charging stations and other financing avenues. Actions like this from larger companies have the potential to become a key income stream for smaller companies, allowing them adequate resources to upscale and innovate.

Similarly, retail investors like you and I can provide additional support for the development of improved EVs by investing in new EV technologies. Especially with time-limited rebates and subsidies for EVs available, it might be an opportune time to make the switch to EVs and add to the global momentum.

However, it is important that we only do this when it is time for our existing vehicles to be scrapped or sold when the COE expires – after all, it takes energy and materials for new vehicles to be manufactured which should be taken into consideration.

“Climate change is real and urgent, we must act now. Behavioural changes take time. COVID-19 has also given us the opportunity to change work and travel habits, as remote and flexible working arrangements become more common. We must lock in these behavioural shifts,” opined DPM Heng during his Budget 2021 speech.

Indeed, the green transition – as well as the global pandemic – has brought about exciting and revolutionary new technologies. Perhaps it is time for us to embrace them to usher in a more sustainable future.