SHAPING THE WORLD IN 2030: PARTNERSHIPS FOR SDG ACTION 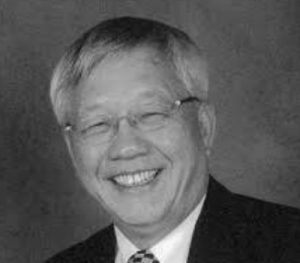 Datuk Dr. Edward Ong Han Nam (Singaporean with Malaysian PR) was the developer of Sutera Harbour Resort, which was designed as a world-class resort in the heart of Kota Kinabalu, Sabah, Malaysia on 384 acres of prime seafront reclaimed land. The Sutera Harbour Resort project commenced in the mid-90s and on completion, it became the iconic resort of Sabah.

On 21 April 2001, Datuk Dr. Edward Ong was awarded “The Minister’s Special Award” in recognition of his determination and foresight to successfully develop world-class tourism facilities in the midst of the prolonged adverse economic downturn experienced in the region, by the Right Honourable Chief Minister and Minister of Tourism, Environment, Science and Technology of Sabah. He was also the Patron of Palliative Care Association of Kota Kinabalu from 2000 to 2010. On 17 October 2014, the Entrepreneurial Leaders Organisation & World Evangelical Alliance presented him the “Entrepreneurial Leaders Award” in Vancouver, Canada and on 12 May 2015, he was conferred his Honorary Doctorate Degree by the NYACK College, New York.

He sits on the Board of Directors of the Sutera Harbour Resort group and is also a member of the Advisory Board of Raffles Marina, Singapore.

Currently, he is embarking on a new resort development in Dili under Pelican Paradise group.