Changing the way the world views and manages water: story telling through photos 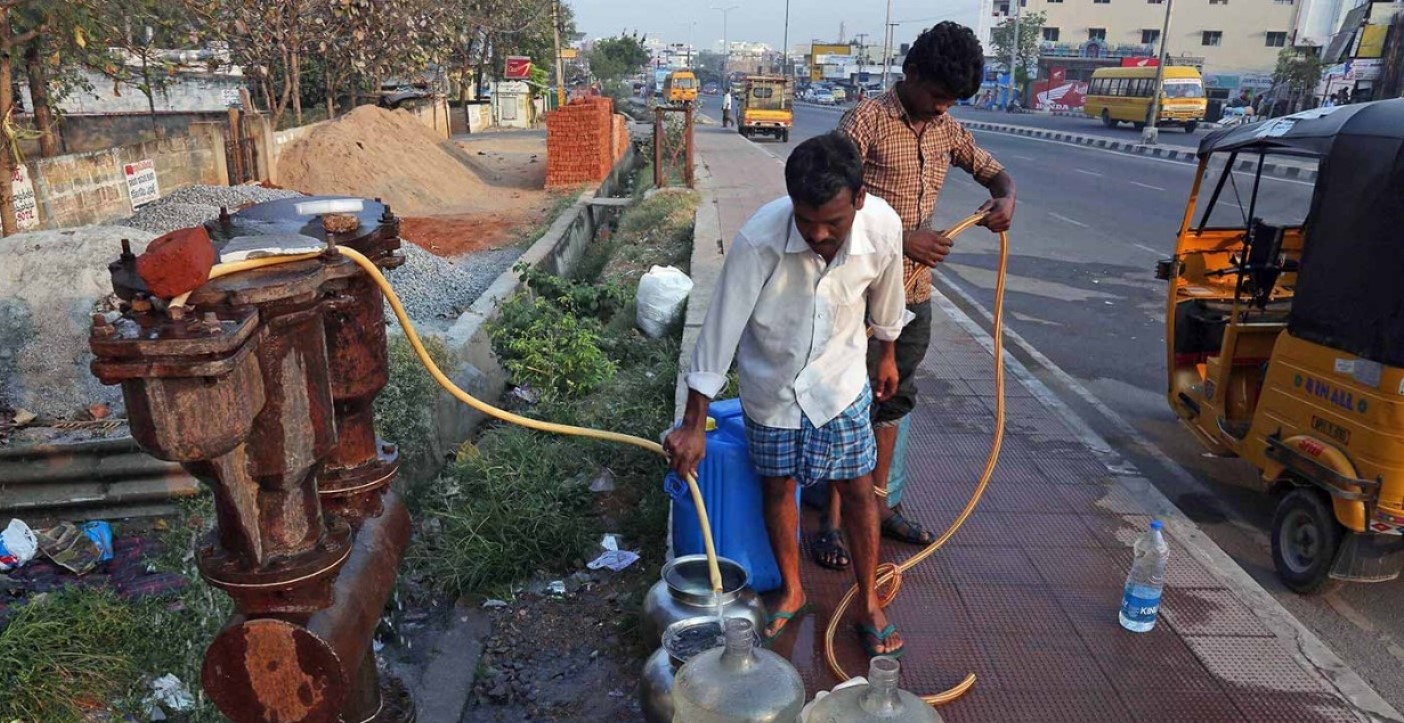 This article was originally published on The World Bank and is republished with permission.

The Joint Secretariat of High Level Panel on Water and Connect4Climate announced today that the winner of the Instagram Photo Competition — #All4TheGreen Photo4Climate Contest Special Blue Prize — for the best photo on water is Probal Rashid, from Bangladesh, with a photo taken in his country showing how water stress is affecting individuals in his community.

The Special Blue Prize was created as part of the #All4TheGreen Photo4Climate Contest and aimed to select the best photo on the value of water: clean water, dirty water, lack of water, how inadequate access to water and sanitation causes poor health and stunting, how too much or too little water contributes to environmental disasters and human suffering, or how water insecurity can lead to fragility and violence. What is the value of water to you?

“I have been documenting the impact of climate change in my country, Bangladesh, over the last years. It’s a great honor to win this competition and I hope it will create more awareness on this issue,” said Probal Rashid during the announcement of the winner, on June 8th, World Oceans Day.

Probal was presented as the winner at the UN Ocean Conference SDG Media Zone in New York City, which connected live with the All4TheGreen Media Zone in Bologna, Italy. “Rainwater is the main source of drinking water due to sea level rise. Sometimes people have to travel long distances to collect drinking water,” he added.

Rashid, a documentary photographer, will be awarded with a trip to New York City to learn more about the High-Level Panel on Water at the 72nd Session of the UN General Assembly (UNGA) in September — and presumably, take lots of photos.

“There are two things that are really distinct and unique about the [High Level Panel on Water]. First, they want to change the way the world views and manages water. That is not an easy undertaking. And secondly, as sitting heads of governments, they want to lead by example, by taking initiative in their country and on the regional level. This prize is very important, because it will help the world change the way we view and manage water,” said Juwang Zhu, Director of the Division for Sustainable Development at the UN.

After the announcement, Director Zhu added: “By interesting coincidence, the Prime Minister of Bangladesh is on the [High Level] Panel, and we are going to meet towards the end of July. So I hope we will be able to meet with the winner in person and introduce the work to the Panel. It will help publicize the importance of water for Bangladesh, and for the region as a whole.”

The jury also decided to award four honorable mentions in addition to the winner to the following photos:

Dorte Verner, Denmark | Niger Young girl in Niger doing the washing with water she has fetched in the river. Water is already a scarce resource for many people in arid parts of the planet and climate change is making it even scarcer.

Madeline Dahm, USA | Vientiane, Laos Ms.Pheng from Ekxang Village, Lao PDR waters her organic garden. Ekxang is the trial site for the International Water Management Institute's project to sustainably use groundwater as a supplement to primarily rainfed agriculture. This supplementary resource helps farmers become more resilient to unpredictable climates and increase their productivity during the dry season. We must intensify agricultural output if we wish to feed the world, but this is only feasible if it is done sustainably.

Artur Cabral, Portugal | São Tomé and Príncipe It is common in some beaches of São Tomé to share moments and experiences with local people, especially the kids who are more curious and daring. This is what happened on a beach in the town of Santana, south of the capital of São Tomé Island. After some football games in the sand and some dives in the sea, a shower of fresh water made the day of those kids.

Rani, 9, collects rainwater for drinking. Rainwater is the main source of drinking water in the village of Shyamnagar, Satkhira, Bangladesh. Due to sea-level rising resulting from climate change, limited sweet water sources of the coastal area have widely been contaminated with saline water.