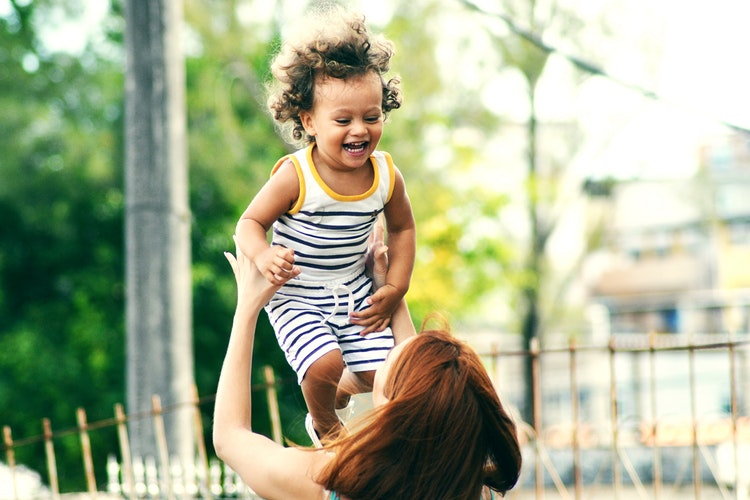 Gibran Vita makes every effort to get rid of the dispensable. He lives in a small home and wears extra layers indoors to cut his heating bills. He eats and drinks in moderation. He spends his leisure time in “contemplation,” volunteering or working on art projects. “I like to think more like a gatherer, that is, ‘what do I have?’ instead of ‘what do I want?’” he said.

In giving up certain things, “I can say that I have discovered that having less allows you to be more,” he said. “If you have less finished products, and not exactly what you want, you become more creative, spontaneous, more decluttered, less distracted, more resilient.” He acknowledged, however, that his spartan lifestyle still includes flying. “I try to avoid it as much as I can, but I have my heart spread in several countries,” he said. “I try to make my stays long, so I fly less often.” 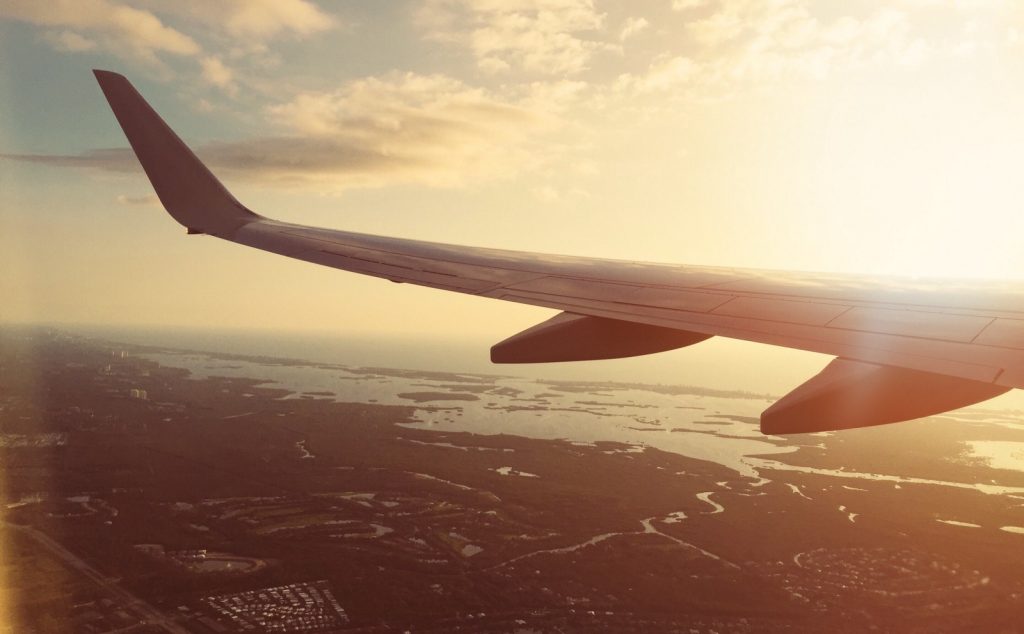 Vita, a doctoral candidate in the Norwegian University of Science and Technology’s industrial ecology program, says his choices are about more than reducing clutter. They represent a provocative new way of viewing the economy. To make a real dent in climate change, he proposes that satisfying fundamental human needs with minimal environmental costs should become the main focus of world economies, rather than growth.

It’s a huge leap, to be sure. It calls upon peoples’ willingness to do without, which is difficult in a world where the prevailing attitude is that more is better. Today, people satisfy their needs by working and earning money so they can afford to satisfy basic material needs — food and shelter —and they can afford the things necessary to do work — a car for commuting, clothes to wear to the office, a babysitter to look after the kids. People also earn money to afford to travel, to enjoy entertainment, and to understand the world around them by pursuing an education. “Even the need to transcend and do the right thing for our future gets transformed into commodities, such as eco-labels, fair trade clothes, and electric cars,” he said.

The problem with all this is that “the original honorable quest of satisfying human needs is easily corrupted into the quest for rising material living standards,” and “the goal keeps rising, indefinitely and for its own sake,” he said. “On this pursuit, human needs get quickly overlooked and their status of satisfaction doesn’t matter.” 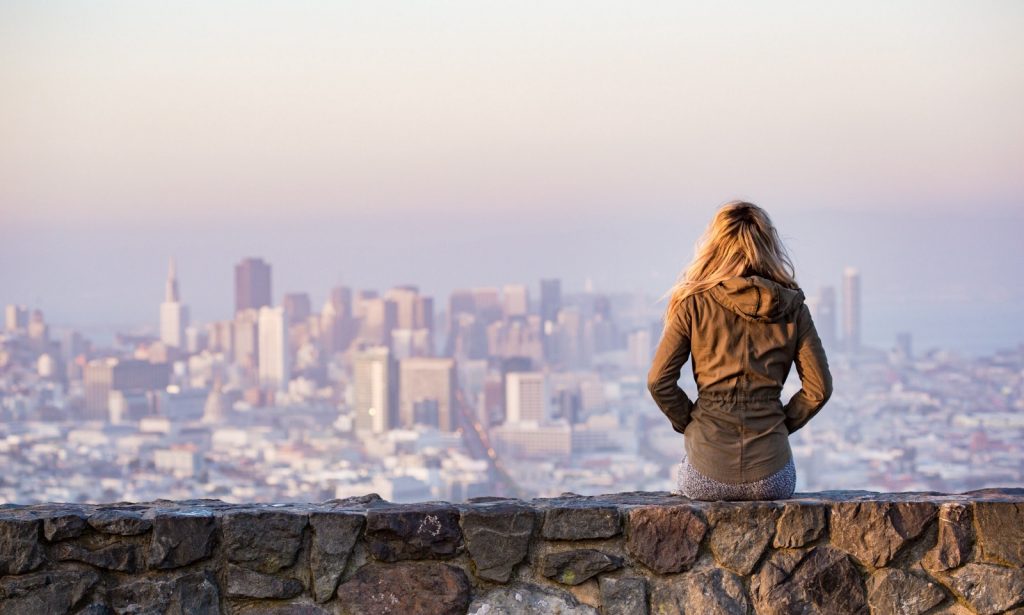 A woman taking in the view of San Francisco. Source: Pexels

Once underway, people repeat the same loop, aiming for higher salaries and more goods, at which point “there are few options but to continue exchanging our time for money on the market, despite surplus food, perfectly fine goods going to waste, and a sense of disconnection and constant stress that many experience daily,” he said. “This is precisely the danger of not reflecting enough on what is ‘well-being,’ which is the danger of using ‘well-being’ as a synonym for income or for material standards. This all implies a society which normalizes using more resources than what we actually need to stay alive and healthy.” He added, “Many aspects that contribute to a person’s quality of life are not improved by putting more material resources into them.”

Vita and his colleagues used a system developed by the Chilean economist Manfred Max-Neef to gauge the carbon pollution associated with meeting people’s essential needs, such as subsistence, freedom, identity, protection and leisure. The perspective differs from the conventional analysis of prosperity, which focuses on economic indicators, such as the GDP. Their paper appears in the journal Environmental Research Letters.

“A driving belief is that focusing on external prosperity through consumption equals progress,” Vita said. “But that isn’t working so well for the poor, who suffer many other types of deprivation, or for the rich in terms of mental health, or for the environment.” 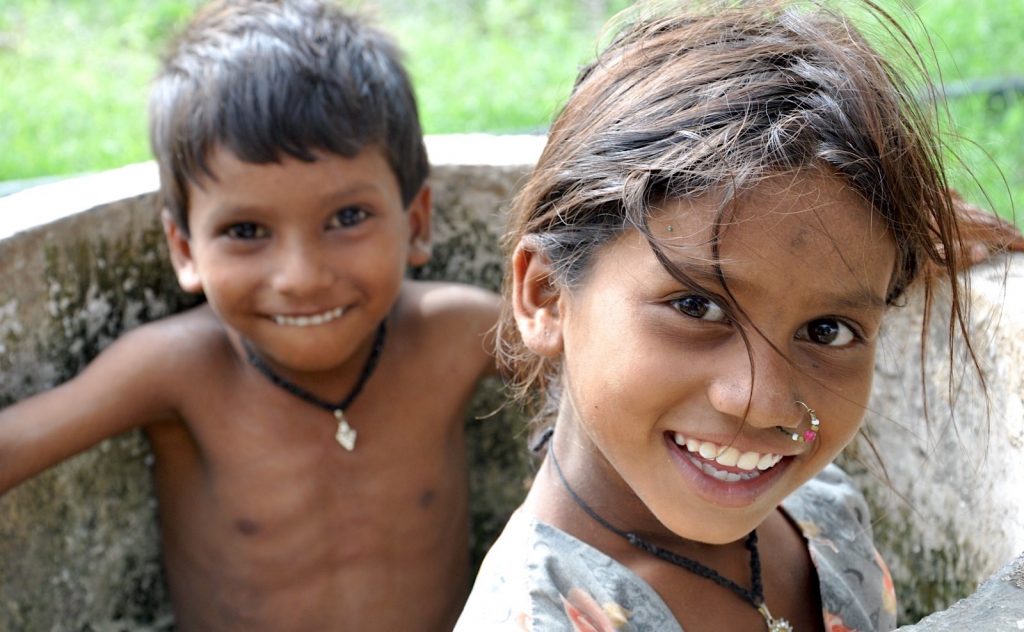 The scientists looked at goods and services necessary to meet people’s needs as categorized by Max-Neef. They then computed the carbon footprint associated with providing goods and services in different countries. To determine how well these “carbon investments” paid off, they turned to indicators of well-being. For the “subsistence” need, for example, they looked at indicators of health, standard of living, and child survival rate. For the “protection” category, they looked at access to sanitation and health care quality, among others.

The researchers then asked if it was possible to meet these needs without emitting so much carbon. To find out, they used data on how well people in different countries felt their needs were being met. The researchers then combined these two calculations — the carbon footprint that resulted from meeting that need for each country and the percentage of the population for which a need was met in each country— to plot graphs and compute statistics.

The scientists found on average that meeting an individual’s physical needs — good health, affordable housing and clean drinking water, for example — required carbon emissions of only 1 to 3 metric tons per person annually. But when they compared this number to how much carbon countries actually emitted per person to provide protection and subsistence, they found numerous differences. Some countries, including the United States and Australia, emit more than 6 metric tons per capita to meet physical needs compared with low-income nations, which emitted about 1 ton per capita. 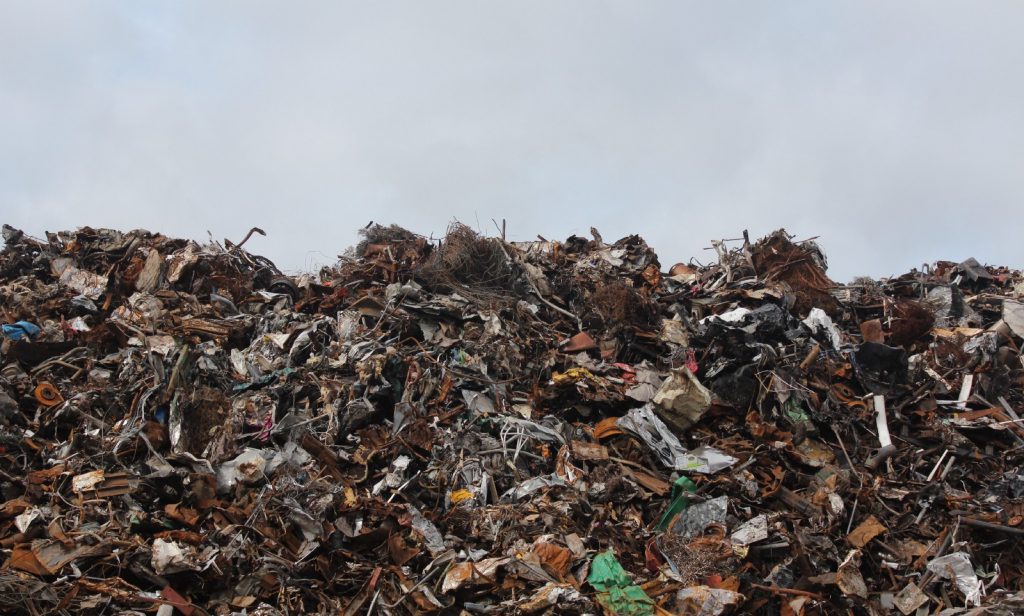 “What can we do?” Vita said. “Refocus society into satisfying needs as a main strategy to both fight climate change and enrich human life. This means that ‘need satisfaction’ has to be decoupled from working and earning. This can be done through many options. It is up to us to collectively decide which ones suit us best.”

These options include ideas like capping living standards — such as the number of cars, roads, energy and buildings afforded people— instituting reduced working hours, or providing an “unconditional” income for all, he said. “Pay everyone a salary to provide for the basics, regardless of their profession or income and without bureaucratic hindrances,” he said. “In general, people are more productive, make better decisions and thrive under this scheme rather than tolerating any given job and boss, as it is the only way to bring food to the table.”

Most importantly, don’t view the process as a sacrifice. “In reality, we are opening space for earning a double dividend, that is, when reducing consumption correlates with higher well-being,” he said. “What there is to win is a system focused on being human. This, of course, requires radical changes from policies, but also from people.”

He said that people need to acknowledge what overconsumption does to the planet. “Of course, I like barbecues and burgers, and the practicality of driving a car,” he said. “I also understand the seduction of wearing new clothes or having a larger home. But I use logic, and not guts, to understand it is simply not possible to live like that. If you still think so, you need to try harder to understand the system Earth and see your connection to it.”