Forests in the frontline 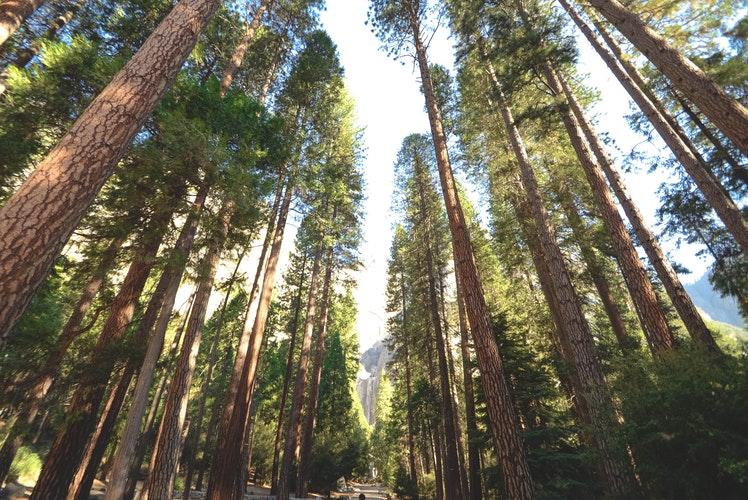 Some colleagues of mine were at a coffee farm in Kiambu just outside of the Kenyan capital, Nairobi, the other day. It was explained to them that, over the past decade or so, progressively warmer weather has reduced the number of beans on the coffee trees/bushes. Whereas before, the farm used to get one big crop of beans, now it gets two or three smaller crops. This has driven up water usage and production costs, rendering some farms unviable. Farmers are trying to adapt, for example, by doing more mulching to retain moisture in the soil.

Not far away, East Africa’s two highest mountains – Mt Kilimanjaro and Mt Kenya – have seen rapid glacier retreat in the past two decades. The impact is more than just the loss of the iconic snows over the savannah: water supplies, agriculture and more will be affected.

We know for sure that 17 of the last 18 years have been the hottest since reliable records began in 1880.

As the Intergovernmental Panel on Climate Change has pointed out, the range of published evidence indicates the net damage costs of climate change are likely to be significant, and increase.

Even the insurance industry is beginning to take note.

Four North American actuarial bodies have begun collaborating to develop a soon-to-be-released Actuaries Climate Index and Actuaries Climate Risk Index. The latter index is intended to aid the insurance industry in modelling for potential climate change-related losses. It’s designed to assess which populations and properties are at risk of climate change-related losses and quantify this risk.

The takeaway here is that the markets are moving, and – for you and I – premiums will go up as risk increases.

Trees soak up carbon dioxide and therefore mitigate climate change. About 12 per cent of all man-made climate emissions – nearly as much as the world’s 1.2bn cars and lorries – comes from deforestation, mostly in tropical areas. Peatlands and old-growth forest ecosystems store high amounts of carbon and water. We must therefore protect the remaining primary forests.

Careful forest management — including wildfire mitigation measures such as creating buffer zones — can improve the climate-mitigation functions of forests, as well as reduce soil erosion.

Climate change is affecting global weather patterns, with various consequences. In Kenya, for instance, Masinga Dam near Nairobi may soon have to cease electricity production as water levels are critically low. What can be done?

There are plenty of things we can do, and are beginning to do, to mitigate climate change and adapt to it.

In some areas change is already happening quite rapidly. Renewable energy production, for example, is growing at unprecedented rates globally.

There’s some great work going on in Kenya to restore mangroves, which not only soak up carbon dioxide but also mitigate storm surges and act as breeding grounds for fish and crustaceans – a key part of coastal and ocean health, and therefore part of nature’s natural coastal barriers.

A big part of the solution has to lie in agro-forestry – the planting and nurturing of trees in and among crops on agricultural or degraded forest land. “Agro-forestry is changing farming and addressing climate change in many countries as surely as the `green revolution’ swept through the world promising higher yields with chemicals in the 1960s and 70s,” says John Vidal in The Guardian. Forests, are fundamental. We cannot go on losing forested areas the size of New Zealand every year – it’s not sustainable.

There’s no one-size-fits all solution, but there’s some great initiatives out there. AFR100 (the African Forest Landscape Restoration Initiative) is a country-led effort to bring 100 million hectares of land in Africa into restoration by 2030. Kenya is one of the most committed countries behind this goal.

I call on the Government and people of Kenya to achieve their constitutional goal of 10 per cent tree cover by 2030.