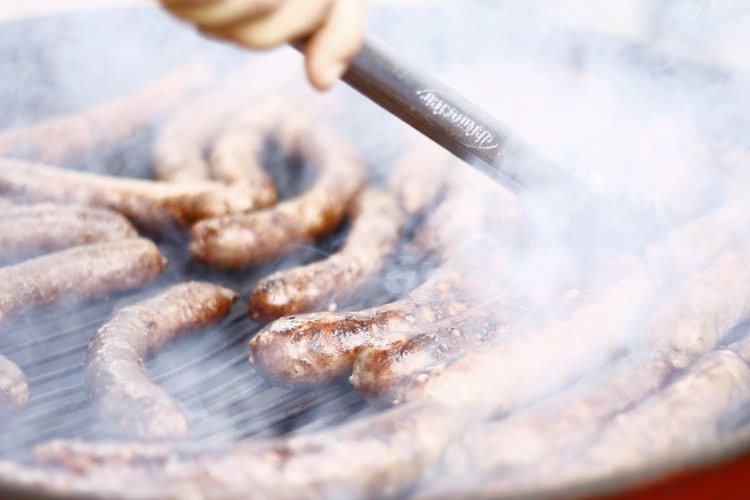 Some climate change research is enlightening, some alarming, some baffling – and some, on soccer and sausages, might seem a little bizarre.

LONDON, 22 June, 2018 – With the football World Cup under way in Russia,  it’s sausages that are preoccupying one group of researchers, not soccer. They want to know how many sausages are eaten at the matches and what the resulting impact on the climate will be.

The study, by nu3, a German company specialising in nutrition and food supplements, says that at each World Cup match nearly 25,000 sausages will be swallowed by spectators.

As a result of the consumption of all those sausages – and their production – more than 3,000 kg of climate-changing carbon dioxide will be produced at every game played in Russia, says the study.

Its findings are a follow-on from nu3’s larger study, the Food Carbon Footprint Index, published earlier this year, which  compares carbon dioxide emissions for 130 countries worldwide based on dietary habits.

By determining the average sausage consumption per football match, nu3 was then able to use data from the UN’s Food and Agriculture Organisation (FAO) to calculate how many kgs of CO2 were produced as a result. In addition, the hectares of Amazon rainforest which would be required to soak up the carbon dioxide emissions emitted has been calculated.

“We need to reduce the emissions that enter the atmosphere. FIFA takes its environmental responsibility very seriously”

The research first focused on calculating the number of sausages consumed by fans at a single game in Dusseldorf in Germany. It found that every other spectator downed at least one sausage per match.

It then used this figure to estimate the average number of sausages likely to be consumed at each game in Russia – 24,600 or, in terms of weight, nearly 2,500 kg per match.

Using the FAO data, which calculates the CO2 emissions associated with various meat products, the nu3 research team went on to estimate total CO2 emissions resulting from sausage consumption at the World Cup.

The production of the hundreds of thousands of sausages which will slide down the throats of soccer spectators in Russia means that a total of nearly 200,000 kg of CO2 will be released into the atmosphere, says nu3. It says a large area of Amazon rainforest would be needed to soak up those emissions.

FIFA, the governing body of world football, says that in total the World Cup is expected to result in the release of more than 2 million tonnes of CO2 into the atmosphere, much of it caused by the many thousands of spectators flying to Moscow and moving across the often vast distances between various footballing venues spread across Russia.

FIFA says other significant contributors to CO2 emissions include a range of other foods consumed, and the greenhouse gases produced during the construction of stadia.

It says it will offset its own CO2 emissions through supporting low-carbon projects in Russia and in other countries, and it is encouraging fans to join in a programme to reduce their own travel and other associated emissions.

“We need to reduce the emissions that enter the atmosphere. FIFA takes its environmental responsibility very seriously.”

In the past FIFA has been accused of doing little to reduce the impact on the climate of the World Cup and other football tournaments.