Soccer innovators use the beautiful game to do good 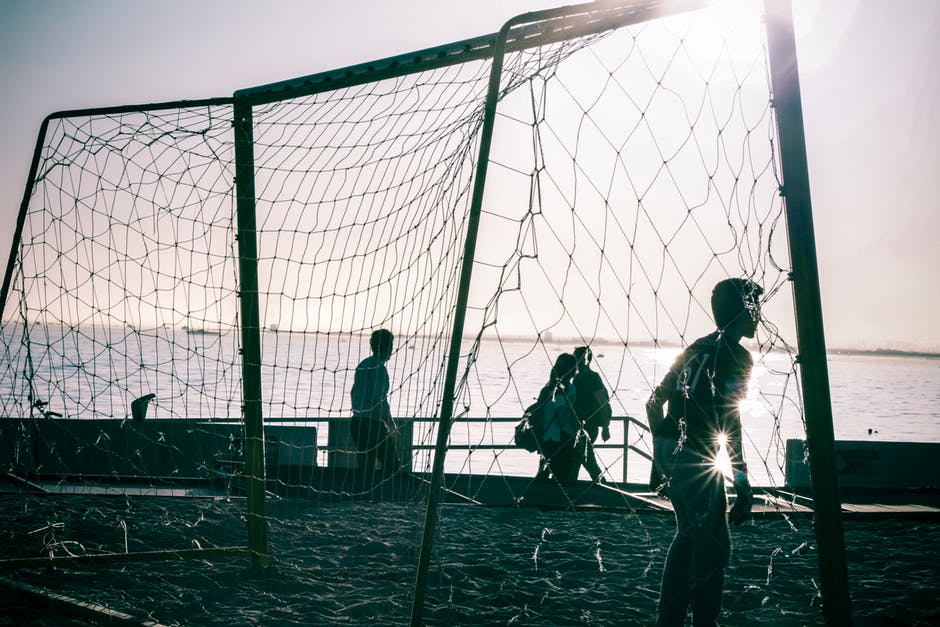 “For a lot of people, throwing themselves into sport is a kind of escapism. You can use that to hook people in for social good”

LONDON, June 27 (Thomson Reuters Foundation) – Far from the hullabaloo of the World Cup in Russia, innovators are using the universal appeal of soccer to set up businesses that do good.

Whether it is saving lives in Africa, helping jobless Britons into work or pushing equality for women in Asia, the enterprises are as diverse as fans of the beautiful game.

“Football is the most popular sport in the world so it has the advantage of being to impact more people,” said Vi-Ability chief executive Adam Bull.

The Wales-based social enterprise places young people who are not in work, education or training with sports clubs for eight weeks at a time to learn business skills, before helping them find a job or further training.

“For a lot of people, throwing themselves into sport is a kind of escapism. You can use that to hook people in for social good. It serves to engage and inspire groups of people who can’t be attracted by traditional routes,” said Bull.

Vi-Ability has helped more than 2,000 people into employment or further education since it started in 2009, earning money by delivering such services for local authorities.

Soccer is worth billions – Russia paid $11 billion to host the World Cup – so harnessing even a tiny fraction of the industry’s global worth could change lives.

In London, a small shop is selling balls that cost about a fifth of the official “Telstar” World Cup ball – and promise far more. The balls deliver jobs to the under-employed and are used to help children in Africa understand the best way to avoid HIV.

“The defender represents the immune system, or white blood cells, the attacker is a virus and they’re trying to score a goal, which means infecting the body. That’s how we use football as a learning tool,” explained Ben Sadler of Alive and Kicking.

The social enterprise, which makes footballs in Kenya, Zambia and Ghana, creates jobs for those who struggle to find work and uses profits from sales to fund health training.

Sub-Saharan Africa accounted for almost three quarters of the million AIDS-related deaths recorded in 2016, according to the latest United Nations data.

Reaching young, soccer-mad Africans with a simple prevention message might just help, Sadler told the Thomson Reuters Foundation. The firm has trained more than 1,000 coaches to deliver the programmes to more than 30,000 children since 2004.

Africa’s only ball maker also tries to make a difference in other ways. Its 150 workers were chosen with the help of local charities. The deaf people who make up 40 percent of the staff in Zambia had never worked; other staff came from slums.

“We focus on people from vulnerable job groups and backgrounds,” said Sadler, chief executive of the company.

Football can be played on any surface, by any gender, and is simple to pick up. Widely screened, top matches are accessible globally, while street football is played universally.

All this ensures its popularity and means its mass appeal can be easily exploited.

Tim Jahnigen set up his One World Play Project in 2006 because he wanted children – wherever they lived – to play.

Prompted by footage of children in Darfur playing with improvised balls – bags, string, rubbish can all be adapted – he invented an almost indestructible ball that could cope with the rough and tumble of any refugee camp or disaster zone.

His California-based company says it has sold or donated more than 2 million balls since 2010 and estimates that up to 30 people play with each one. Jahnigen believes football helps people forget the daily grind of life and says his balls have brought play into the lives of tens of millions of people. 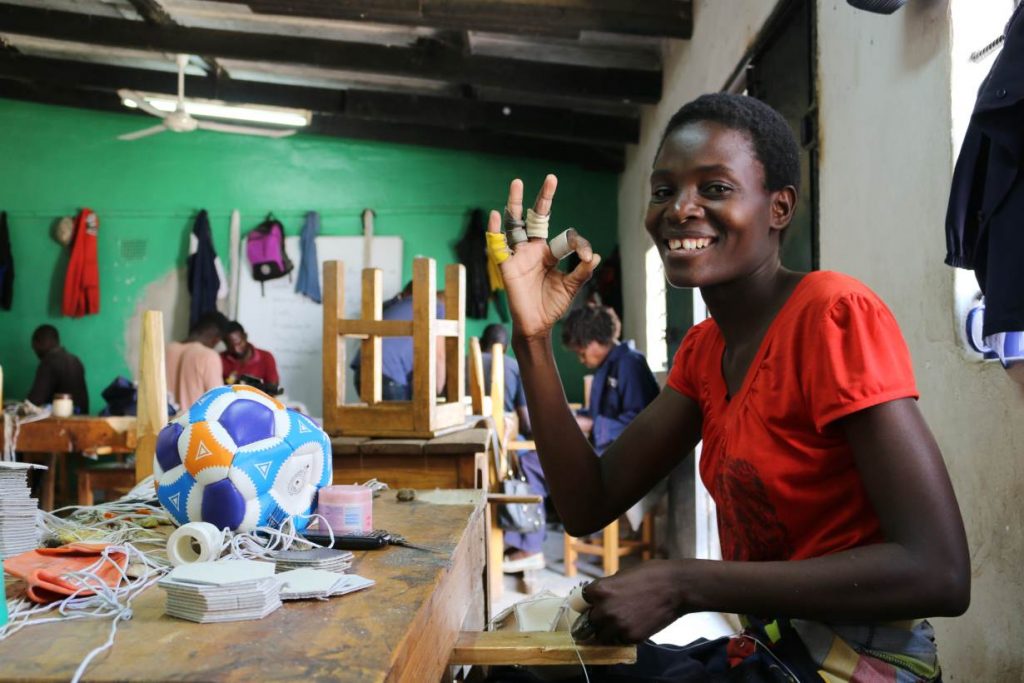 Street Football World – a social enterprise set up in 2002 with offices on four continents – has used football to coach women in Cambodia, and to connect female coaches and players, to help address the country’s gender imbalance.

It was set up by German PhD student Juergen Griesbeck following the murder of Colombian player Andrés Escobar, who had scored an own goal when playing in the 1994 World Cup.

The British Council, a state-funded body that promotes British culture overseas, says building a social enterprise on the back of a game as universally loved as football makes perfect sense.

“Being able to build a business model around a social mission is the challenge and to be able to do that makes for a really inspiring model,” said Tristan Ace, who leads the British Council’s development work in social enterprise.

Britain is seen as a global leader in the innovative social enterprise sector, with about 70,000 businesses employing nearly 1 million people last year, according to membership organisation Social Enterprise UK, up from 55,000 businesses in 2007.