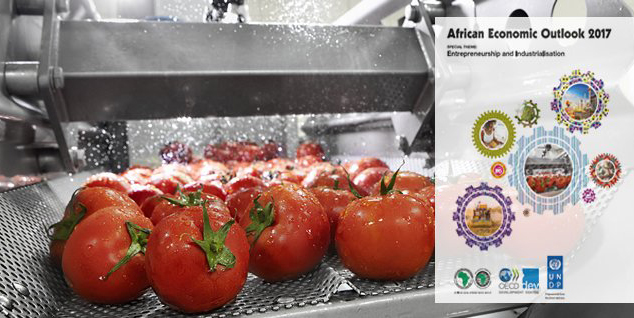 This article was originally published on UNDP and is republished with permission.

In 2016, Africa’s economic growth slowed down to 2.2% from 3.4% in 2015 due to low commodity prices, weak global recovery and adverse weather conditions, which impacted on agriculture production in some regions. However, it is expected to rebound to 3.4% in 2017 and 4.3% in 2018. This assumes that as commodity prices recover, the world economy will be strengthened and domestic macroeconomic reforms are entrenched.

In fact, there are promising developments across the continent. Africa’s growth increasingly relies on domestic sources, as shown by dynamic private and government consumption that combined, accounted for 60% of growth in 2016. This growth also coincides with progress in human development: 18 African countries had achieved medium to high levels of human development by 2015. Finally, foreign direct investment, attracted by the continent’s emerging markets and fast urbanisation, stood at USD 56.5 billion in 2016 and is projected to reach USD 57 billion in 2017. Such investment has diversified away from the natural resources sector to construction, financial services, manufacturing, transport, electricity, and information and communication technology.

Still, progress remains uneven. African governments need to push their agenda for job creation with more ambitious and tailored policies. Despite a decade of progress, 54% of the population in 46 African countries are still trapped in poverty across multiple dimensions – health, education and living standards. And demands for better employment opportunities are the main reason behind continued public protests, having motivated a third of all public demonstrations between 2014 and 2016 – albeit in a context of decreasing levels of civil unrest. With the size of the workforce likely to increase by 910 million between 2010 and 2050, creating more and better jobs will remain the core challenge for African policy-makers.

“The key to successful development in Africa is to nurture the emerging culture of entrepreneurship, to use the famous words of Hernando De Soto, “el otro sendero” (the other path) for development; a path that can unleash high-octane creativity and transform opportunities into phenomenal realisations,” said Abdoulaye Mar Dieye, Regional Director for Africa at the United Nations Development Programme.

To turn the challenge of higher population growth into an opportunity, making Africa’s new industrial revolution successful is paramount. Twenty-six African countries today have an industrialisation strategy in place. But most of these strategies tend to emphasise the role of large manufacturing companies at the expense of entrepreneurs in sectors with the potential for high growth and employment creation, including start-ups and small and medium-sized firms. Businesses with fewer than 20 employees and less than five years’ experience provide the bulk of jobs in Africa’s formal sector. Additionally, the advent of digital technologies and new business models is blurring the boundaries between manufacturing – which is now bouncing back at 11% of Africa’s GDP – and the services sector. Industrialisation strategies thus need to support other sectors where African economies have comparative advantage, such as agri-businesses, tradable services and renewable energy. New strategies need to avoid dependence on businesses that are not environmentally friendly.

“African economies cannot miss out on their next production transformation. Entrepreneurs should be lead actors in Africa’s journey into the fourth industrial revolution,” said Mario Pezzini, Director of the OECD Development Centre and Special Advisor to the OECD Secretary-General on Development.

According to the Outlook, Africa has high untapped potential for entrepreneurship. In 18 African countries for which statistics are available, 11% of the working-age population set up their own firms to tap specific business opportunities. This level is higher than in developing countries in Latin America (8%) and in Asia (5%). However, few of them invest in high-growth sectors, grow to employ more workers or introduce innovations to markets. To turn their dynamism into an engine of industrialisation, African governments can improve the skills of workers enhance the efficiency of business clusters – such as industrial parks and special economic zones – and increase access to finance, with more affordable credit and more innovative instruments, for small and young firms.