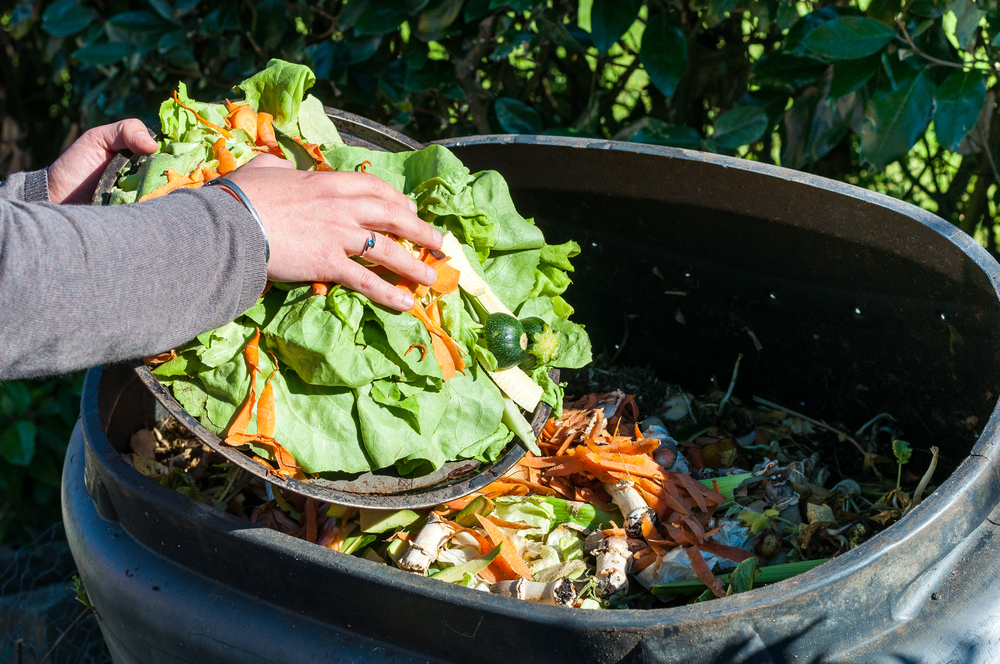 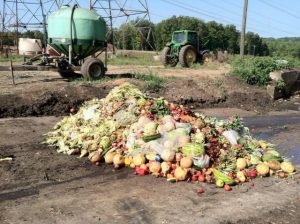 One-third of the food the world produces is ultimately lost or wasted. Photo by U.S. Environmental Protection Agency

In the run up to the UN Climate Action Summit in September 2019, national leaders will be looking for ways to ratchet up their commitments—known as “Nationally Determined Contributions” (NDCs)—under the historic Paris Agreement on climate change. One way to increase ambition is to include food loss and waste reduction.

It’s a commonly overlooked solution. But it can be found on every farm to every fork, and provides climate, food security and economic benefits—all at once.

What’s food loss and waste got to do with climate?

A third of all food produced for human consumption is lost or wasted between harvest and the home. According to the UN Food and Agriculture Organization (FAO), this food loss and waste accounts for about 4.4 gigatonnes of greenhouse gas emissions per year. If food loss and waste were its own country, it would be the world’s third-largest emitter, surpassed only by China and the United States.

In other words, food loss and waste has everything to do with climate! 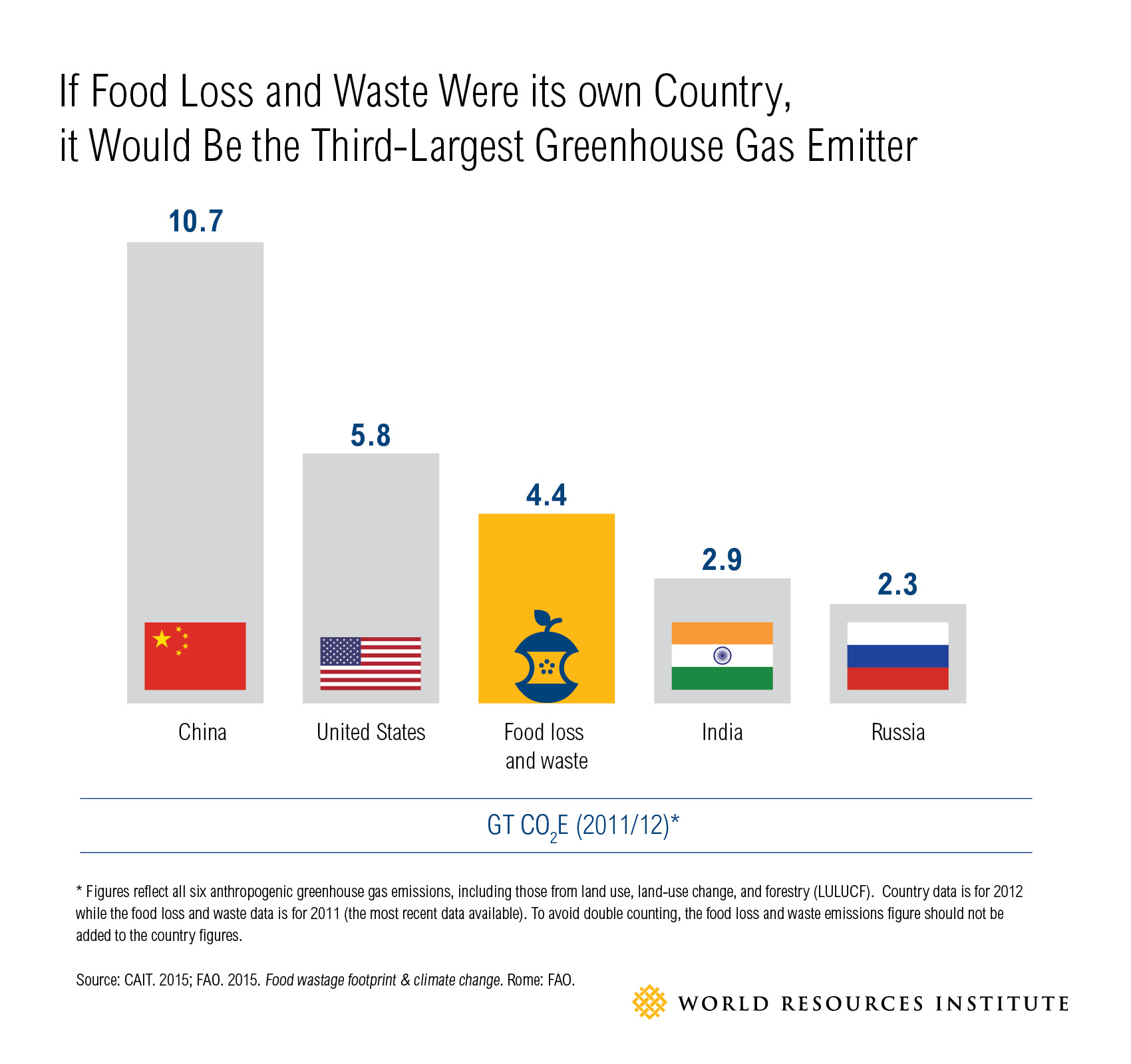 Where do these emissions come from?

The greenhouse gas emissions associated with this food loss and waste come from a variety of sources, including:

What benefits can reducing food loss and waste provide?

Reducing food loss and waste is an example of what’s good for the climate being good for the economy and for people. It’s one of those rare “triple-win” strategies everyone has been looking for from the Paris Agreement. Reductions can save money for farmers, companies and households. Wasting less can mean feeding more. And reductions can alleviate pressure on precious water and land resources—and help address climate change.

How can countries reduce their food loss and waste?

To realize these benefits of reducing food loss and waste, governments should follow a straightforward “Target, Measure and Act” approach: 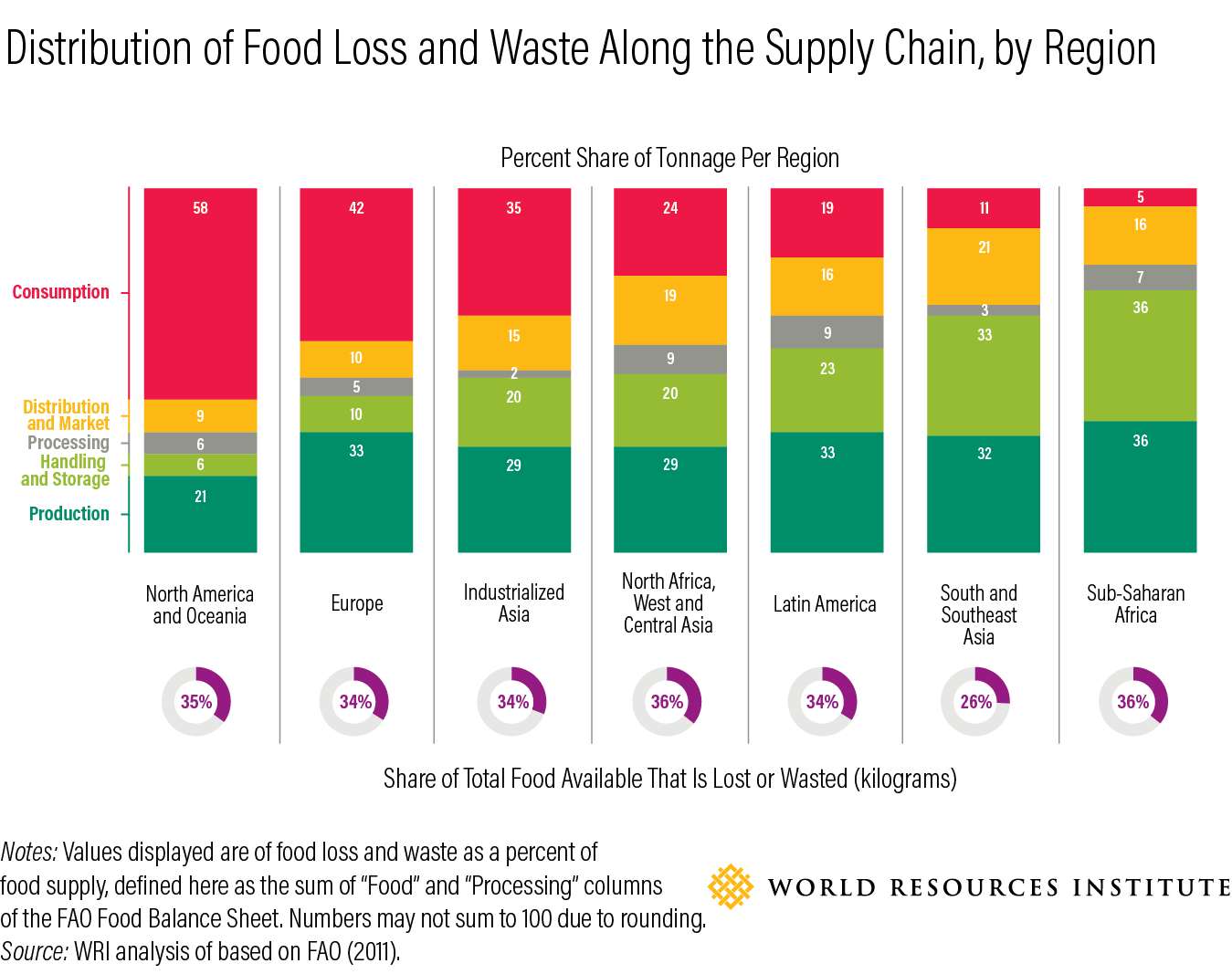 As the chart below illustrates, there are a lot of actions that a country (and its companies and citizens) can pursue. Which are most relevant will be a function of where the hotspots of food loss and waste are in your country. 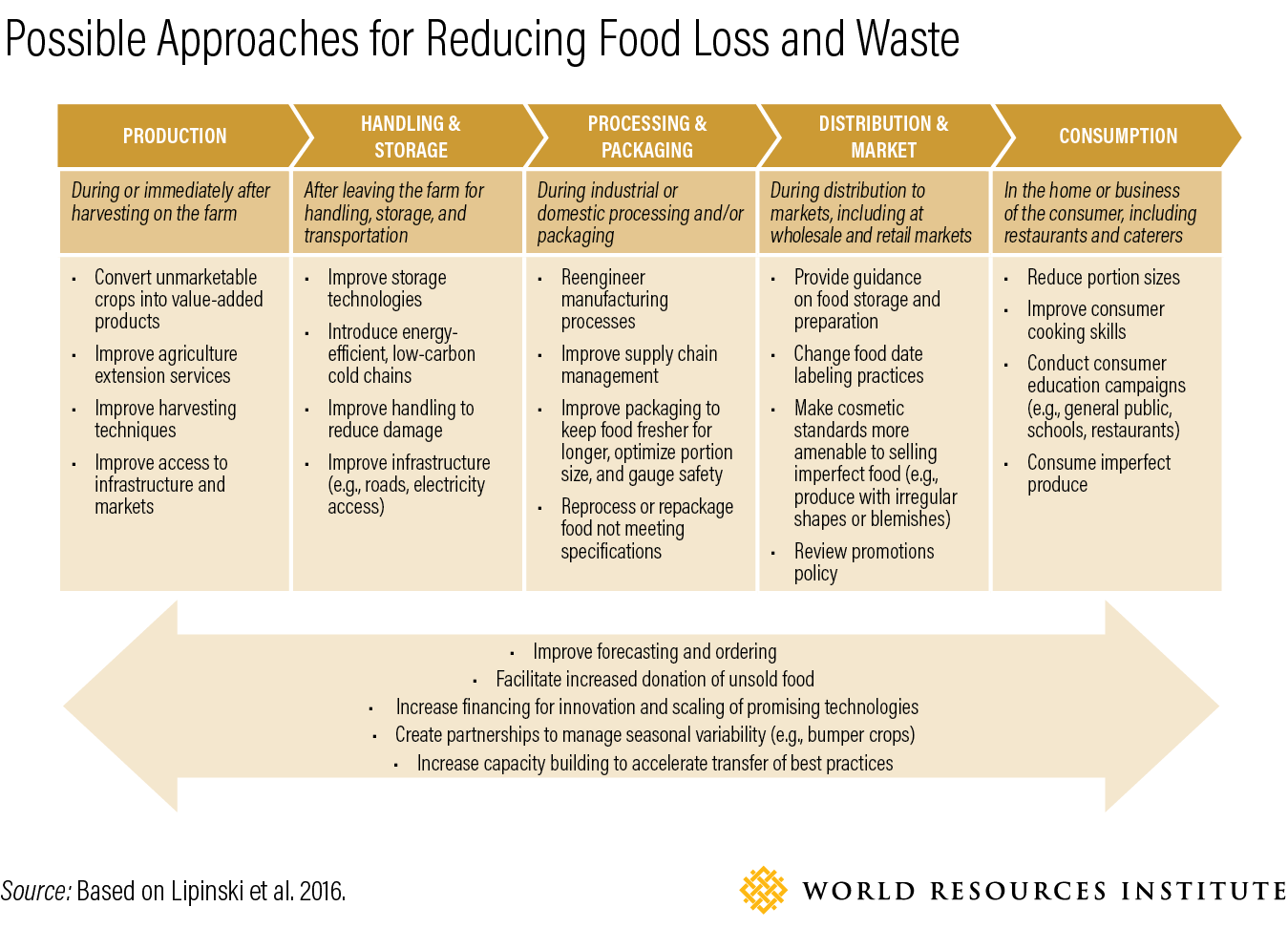 How can a country get started?

One effective way to get started is for countries to include targets and strategies for food loss and waste reduction in their NDCs. This helps focus government attention, private sector efforts and public-private investment. To date, however, fewer than a dozen countries have done so. More need to.

Fortunately, there is plenty of technical support available to help countries in this effort. Initiatives such as the NDC Partnership can help countries strengthen their NDCs and find the technical and financial support they need to implement new ambitions on food loss and waste reduction.

At Paris, countries agreed to put forward NDCs by 2020 as part of five-year cycles to ratchet up ambition. The 2019 UN Climate Action Summit is a critical opportunity for leaders to make public announcements that they will address food loss and waste when they enhance their national commitments. The time to strengthen action is right now.

So, countries of the world, use this opportunity to tackle food loss and waste in your NDCs—and capture climate, economic and food security benefits all at once.