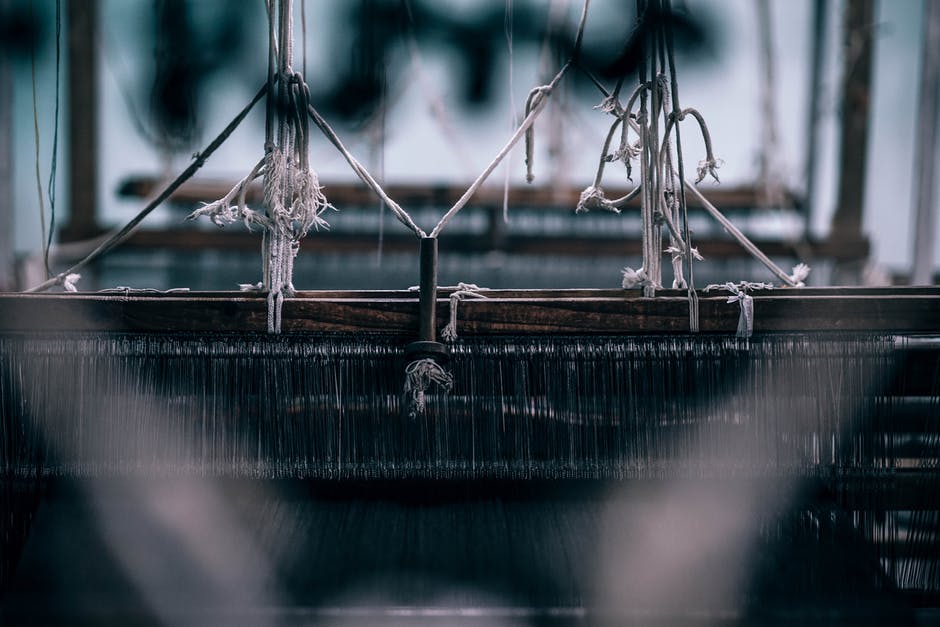 Akshay Sethi has a vision: he wants to revolutionize fashion by recycling polyester to create a sustainable fibre that can be reused eternally. But this ambitious vision is only part of an even bigger plan: to do the same for all plastics.

His Moral Fiber company has developed a three-step chemical process that can extract polyester from mixed blend materials to create a new yarn, billed as the world’s first textile product made entirely from old clothing. The equipment needed for this transformation can fit into a small shipping container, making it easy to deploy.

For now, the process is being tested in a pilot plant in Los Angeles but next year, Sethi hopes to be able to start sending the “box” to countries with growing middle classes and high levels of consumption and waste so that they can recycle clothing and produce Moral Fiber as well.

The technology has had several iterations since Sethi and fellow chemistry student Moby Ahmed started exploring ways to recover polyester, the most common fabric in mass-produced clothing, while at University of California, Davis. They founded Ambercycle (now Moral Fiber) in 2015, working initially with microbes to break down polyesters.

“We started with a microbial process and when you are trying new things, you discover new things. And so, we discovered this chemical process. It’s three steps, very elegant,” Sethi said.

“We take a mixed material, which has some cotton and polyester, and extract the polyester at the molecular level to produce a new yarn,” he said.

The leftover material is incinerated to power the pilot plant but the final box could also be powered by solar panels placed on the roof. The process requires around 45–50 amps of power at peak consumption.

Sethi says the technology can extract polyester from any blended material and will be suitable for recycling other plastics.

“We’ll start with fabric but it can process packaging, bottles, containers, films, multilayer packaging. We see this box as the box that is tailor-made for textiles but in the future, we want to make a box for packaging, a box for carpets and for all sorts of different materials,” he said.

Sethi has financing from large international stakeholders in the apparel supply chain as well as traditional venture investors. So far, the Moral Fiber team have been working “in stealth”, keen to deal with any issues before going public.

The Los Angeles plant uses clothing scraps from local outlets, processing around 100 kilogrammes a day. Sethi and his team are currently tweaking the process and learning what is needed to scale up. Next year, they plant to launch a Moral Fiber collection with a major brand.

Sethi sees Moral Fiber as another weapon in the battle against marine plastic pollution. He wants to keep polyesters out of the sea and also deal with the problem of microfibres leaking into our rivers and oceans when textiles shed.

“What we’ve seen so far is you can make a polyester fibre that doesn’t shed. You can do it, it’s just a question of making it in such a way that it’s scalable,” he says. “We are working on ways to do that right now. You can’t have materials that go into the oceans and biodegrade there and turn into microfibres.”

Through its Clean Seas campaign, UN Environment is urging governments, businesses and consumers to reduce their use of unnecessary single-use plastics and preserve the oceans and their rich wildlife for future generations. Microplastics, which are produced when plastics start to break down, are a particular problem, with some estimates stating that as many as 51 trillion microplastic particles—500 times more than the stars in our galaxy—litter the seas.

As part of its campaign, UN Environment encourages inventors, designers and researchers to look for ways to beat our plastic addiction. Pioneering solutions to the plastic problem, and other environmental crises, will be at the heart of the fourth UN Environment Assembly next March. The meeting’s motto is to think beyond prevailing patterns and live within sustainable limits.

Sethi lives by this mantra but he also knows that his innovation must be able to compete with materials made from fossil fuel byproducts.

“This is a staunch belief of mine … It has to be competitive with oil. If it’s not, it’s not sustainable. The number one cornerstone of our process was that we could compete on the economics of oil,” he said.

Another challenge is to deal effectively with the multiple players in the textile and clothing business, although Sethi is fortunate to have had support from Fabric of Change, a global initiative to support innovators for a fair and sustainable fashion industry, and Ashoka, the largest global network of leading social entrepreneurs.

Moral Fiber also joined the Fashion for Good scaling programme in November, where the company will be supported for 18 months and offered unique opportunities to connect to manufacturers, brands and investors.

For Sethi, a key driver in his search for sustainable textiles is the knowledge that fast fashion is not going anywhere, particularly given the growth of the middle class in emerging economies. The demand for clothes will increase but he hopes Moral Fiber can offer a sustainable, closed-loop solution.

“All clothing made with Moral Fiber can be infinitely recycled,” he said. “When it comes to product life cycles, we must return to infinity. It is the only way.”