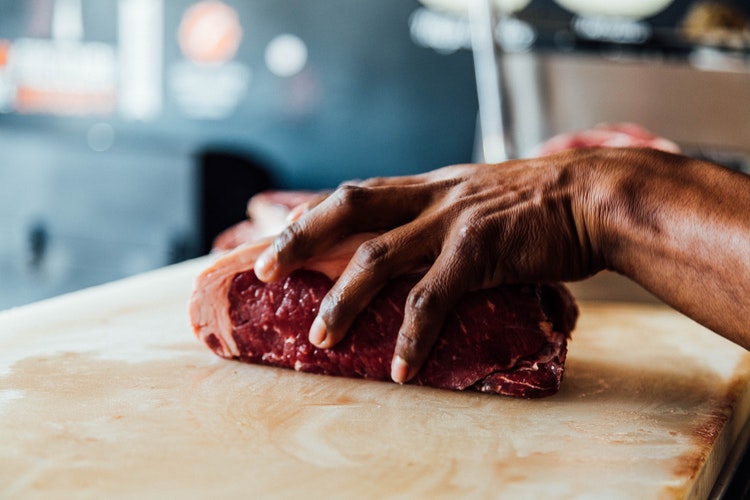 The U.S. based companies came together at the annual Champions of the Earth awards ceremony on the sidelines of the General Assembly with a message to the world: It’s time to change the think about our food and our future.

The U.S. based companies put aside market competition and came together at the annual Champions of the Earth awards ceremony on the sidelines of the General Assembly with a message to the world: It’s time to change how we  think about our food and our future.

With a breakthrough approach to their respective products, Beyond Meat and Impossible foods are delivering sustainable choices to consumers worldwide. Livestock cultivation is responsible for 18% of greenhouse gas emissions worldwide and together the process employed by these Champions of the Earth aims to show the world ecologically conscious decisions don’t have to mean sacrificing quality, convenience or in this case – taste.

“This proves that positive climate action can taste even better!” Erik Solheim, head of UN Environment said. “Saving the planet requires something of a gastronomical rethink in some parts of the world, and Beyond Meat and Impossible Foods prove that this doesn’t mean our taste buds are making the sacrifice.”

Working with top scientists in the fields of biology, chemistry, biophysics, plant and food science, along with engineers, the Beyond Meat and Impossible Foods teams strip down the core components of meat and extract them from plants instead, using ingredients like peas, beetroot, coconut oil and potato starch.

“At a high level, meat is composed of amino acids, water, lipids, trace minerals and water,” said Ethan Brown, Founder and Chief Executive Officer, Beyond Meat. “Animals use their digestive and muscular systems to convert vegetation and water into meat. We’re going straight to the plant, bypassing the animal, and building meat directly, with the added benefit of being more sustainable. We get better every year and are on a relentless march toward that perfect and indistinguishable build of meat from plants.”

Started in 2009, Beyond Meat created a cutting-edge burger made from peas, potatoes, beet juice and coconut oil, without gluten, soy or GMOs. The Beyond Burger launched to sell-out demand in 2016 and made headlines for being the first plant-based burger to be so meat-like it was sold in the meat case at Whole Foods Market. It is now available at more than 22,000 grocery stores, restaurants, universities, hotels, theme parks and sports stadiums.

Impossible Foods was founded in 2011, launching its Impossible Burger five years later. The burger contains wheat, coconut oil, and potatoes. The revolutionary technology that causes this burger to “bleed” and have the signature iron aftertaste normally only experienced in beef burgers, is the addition of a key ingredient called heme, an iron-rich compound produced from yeast that gives meat its taste and helps give blood its color.

“If there’s one thing I’ve learned, it’s that big global problems are not someone else’s responsibility,” said Dr. Patrick O. Brown, Founder and Chief Executive Officer, Impossible Foods. “This problem wasn’t going to be solved by pleading with consumers to eat beans and tofu instead of meat and fish. And it wouldn’t be enough just to find a better way to make meat; to succeed we would need to make the best meat in the world.”

The awards were presented during the Champions of the Earth Gala in New York coinciding with the annual UN General Assembly meeting, which brings heads of states, ministers, and leaders of the public and private sector together to discuss some of the most urgent global issues.

The gala, attended by over 400 guests centered around some of the most radical positive forces for environmental change around the world.

Other winners of the Champions of the Earth Award were: the Zhejiang River Chiefs program, tackling water protection, pollution prevention, and ecological restoration; Joan Carling, a prominent activist championing indigenous and environmental; Cochin International Airport, the world’s first fully solar-powered airport; and Emmanuel Macron & Narendra Modi for their international cooperation on environmental action and for spearheading the International Solar Alliance.