There’s a fungus among us — and it’s deadly. 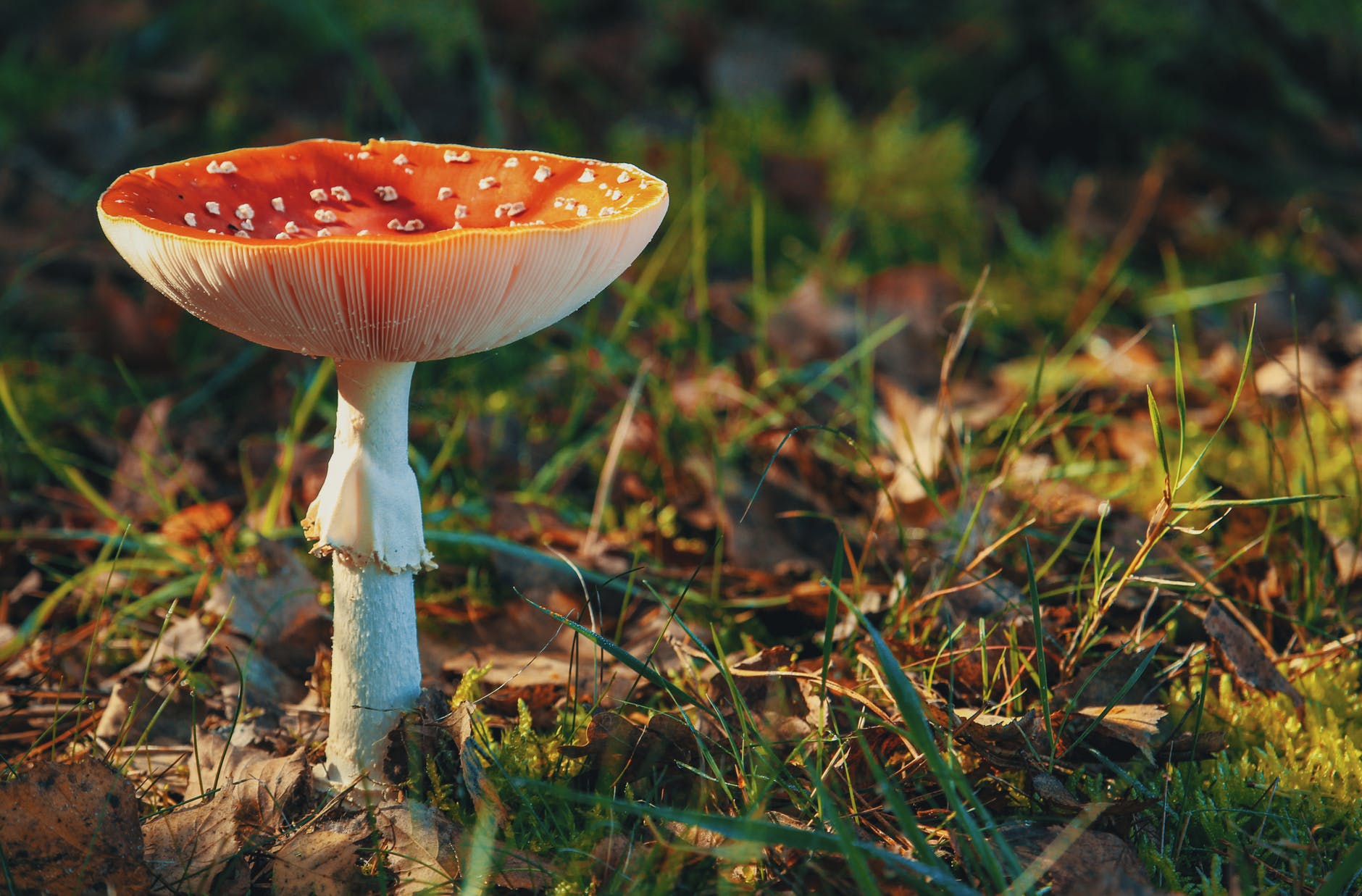 Climate change is driving the spread of a fatal, drug-resistant fungus.

Most of us know that those mushrooms we love on top of a pizza are a fungus. But not everyone realizes that some fungi also cause disease, unless, of course, you’ve suffered through a bout of athlete’s foot or a pesky yeast infection. For the most part, however, the fungi that cause severe illness have a tough time growing inside people. Human bodies typically are too warm for them to flourish.

But at least one fungus — one resistant to multiple drugs — has begun to adjust to the heat, thanks to climate change, meaning it could potentially thrive in human bodies, making it a serious global public health threat. 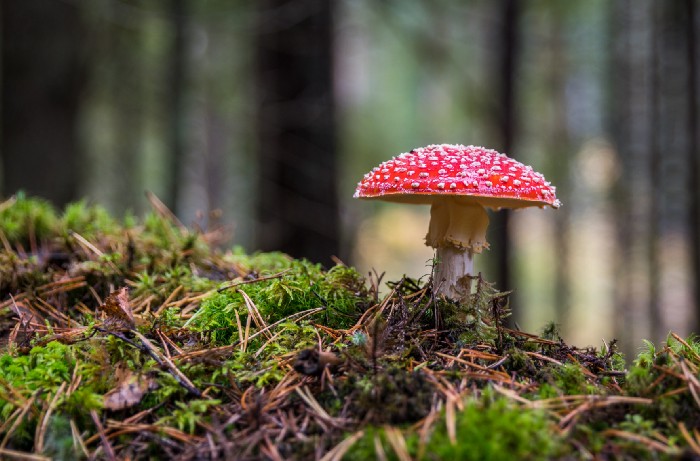 “As the climate warms, fungi adapt to higher temperatures and some will be able to grow at humans’ temperatures,” said Arturo Casadevall, chair of molecular microbiology and immunology at Johns Hopkins Bloomberg School of Public Health. “Fungi that are not dangerous to humans today could become dangerous tomorrow.”

He is the author of a new study describing what is believed to be the first fungal disease to result from climate change. The paper appears in mBio, a journal of the American Society for Microbiology.

The worrisome fungus is Candida auris, which poses a serious hazard in hospitals and nursing homes, especially to patients with weakened immune systems, those who have had lines and tubes in their bodies and people who have had recent surgery, according to the Centers for Disease Control and Prevention. People with diabetes or who have taken antibiotics also are at risk, according to the CDC. Taking certain medications often disturbs the delicate balance between good and bad organisms in the body, allowing the bad ones to get out of control.

The latest findings underscore the growing — and sometimes surprising — health perils of climate change, and signal that there are more to come, experts said.

“It is well accepted that global warming will result in newly emerging infections, [but], in that context, we usually think of already known tropical infections advancing into temperate zones,” said William Schaffner, medical director of the National Foundation for Infectious Diseases and professor of infectious diseases at Vanderbilt University. “This provocative study suggests that the selection pressure of climate change might also favor the emergence of entirely new infections, the recently emerged fungus Candida auris as an example.”

C. auris can cause aggressive, life-threatening infections that affect the blood, heart, brain, eyes and bones, according to CDC. “C. auris infections are associated with high death rate,” Casadevall said. Moreover, diseases caused by this fungus are extremely difficult to treat because it “seems to be naturally resistant to many of our antifungal drugs,” he said. “This is not because of overuse of drugs by physicians, but, rather, because it is innately resistant.” 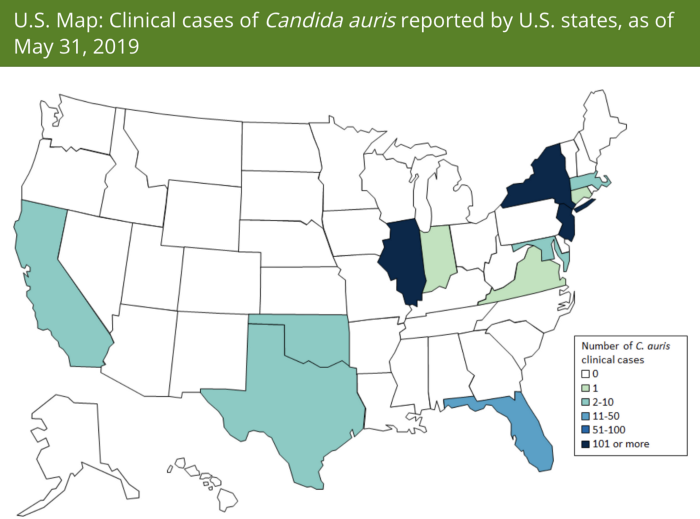 The fungus also is challenging to identify with standard laboratory methods, as specific technology is needed, and often is misidentified, according to CDC. More than 700 cases have been diagnosed in the United States, most of them in New York City, New Jersey and Chicago, according to CDC.

Scientists became concerned about C. auris after different strains of it showed up in three locations — India, South Africa and South America — at the same time, making people sick, and prompting the researchers to suspect that something new was happening to cause this. “That report really caught my eye,” Casadevall said. “I have been interested for some time in the question of how temperature protects us against infectious diseases. That [report] implied three common events in very distant places, and climate change emerged as a likely cause.”

The researchers, working with a Netherlands collaborator, Vincent Robert of the Westerdijk Fungal Biodiversity Institute in Utrecht, studied how well C. auris grew in the heat compared to several of its close cousins. They found it did vastly better thriving in human temperatures than its relatives did. “This suggested it had found a way to acclimate to the growing heat prompted by climate change,” Casadevall said. 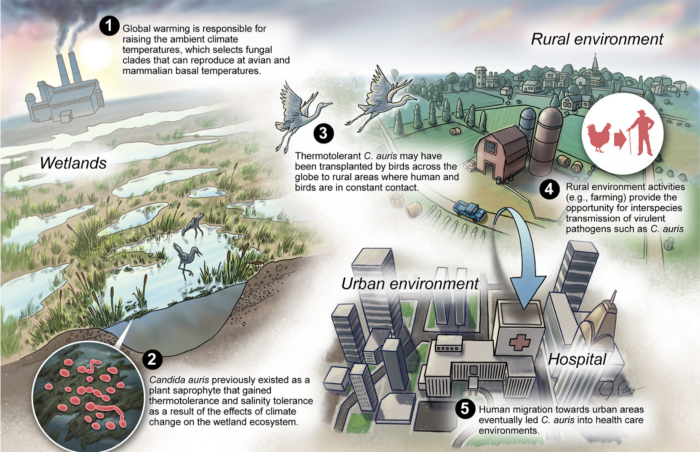 How C. auris made its way from the swamp to the city. Source: The University of Texas MD Anderson Cancer Center

“We really need to pay more attention to fungi — in epidemiology, research, news, etc.,” he said. “I think they have been neglected because, in the past, we have been highly resistant to them, except in specific settings. It really appears as if this is changing, and frighteningly so.”

He called for “aggressive and effective infection control” measures to prevent their spread, including better surveillance of fungal infections, and more research into how they cause disease. And he urged more work to develop new and better anti-fungal treatments.

“But we also must become aware there are other organisms out there in the environment that potentially could hurt humans by adapting to higher temperatures,” he said. “This is not a modeling exercise in ecology and climate change. This has become real.”