Water is in the air 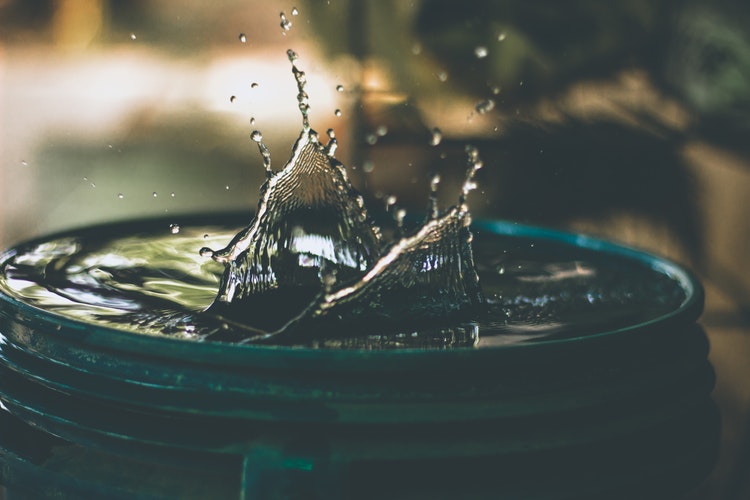 With global demand for water expected to increase by nearly one third by 2050, and around two billion people already lacking access to safe drinking water, it is easy to see why there is such a buzz around innovative technologies to produce water from the air.

It is estimated that the atmosphere contains around six times as much water as all the world’s rivers. However, until recently, atmospheric water generation was often deemed too costly, too energy-intensive and too inefficient.

Now innovators are combining renewable energy technologies with cutting-edge water capturing methods to respond to needs in some of the world’s driest places without adding to the carbon emissions fuelling global warming and contributing to water scarcity.

Take WeDew, the winner of this year’s Water Abundance XPRIZE, which challenged inventors to extract a minimum of 2,000 litres of water per day from the atmosphere using 100 per cent renewable energy at a cost of no more than two cents per litre.

Created by The Skysource/Skywater Alliance, WeDew converts biomass into water and energy, while capturing greenhouse gases.

“In simple terms, we are making a rainforest in a box, and clouds in containers where cold and heat collide in the form of a personal or small community-scaled energy and water appliance,” said David Hertz, a California-based architect who led the team that created WeDew, or Wood-to-Energy Deployable Emergency Water.

“We have created an augmented environment that makes the Skysource WeDew agnostic as to its climate and matches the energy output to create over 2,000 litres of drinking water per day regardless of climate… The device’s main attribute is its ability to deploy rapidly and to not only provide fresh potable water from air and dense energy generation but also heating, cooling or refrigeration as a by-product in a relatively compact form,” he said.

A biomass gasifier generator is used to run the system. WeDew says it operates at less than one tenth the cost of solar power while occupying the area of a single panel. The gasifier is fuelled by organic by-products such as wood chips, coconut shells or whatever biomass is locally available. Biomass gasification superheats the material and converts it into electricity, hot humid air and biochar, which can be added to soil to store carbon.

In this way, WeDew not only sequesters atmospheric carbon dioxide but turns it into a value-added product, which helps plants grow.

Hertz says systems like WeDew could offer innovative ways to help those who lack access to both power and clean water. “I can envision locally-owned micro-utilities that offer local economic opportunities for the emergent class in developing countries,” he said.

Other innovators have developed similar systems. US company Zero Mass Water’s SOURCE technology involves roof-mounted solar panels that can pull on average 4 – 10 litres a day from the air. A fan draws in the water vapour and it is absorbed using a unique hygroscopic concept that also cleans the water. Zero Mass Water is active in Kenya, South Africa and Australia, where it has partnered with the Australian Renewable Energy Agency to set up a demonstration project involving 150 hydropanels in schools, farms, homes and water-stressed communities.

These successful innovators demonstrate the kind of out-of-the-box thinking that UN Environment hopes will abound at the fourth UN Environment Assembly. The motto for the meeting is: think beyond prevailing patterns and live within sustainable limits.

In Kenya, Majik Water uses non-toxic desiccants, like silica gel, to capture water from the air. Air is pulled into the device by a solar-powered fan and the desiccant absorbs the water. Solar energy is then used to heat the desiccant and release water vapour, which is then condensed and filtered with activated carbon.

The proof-of-concept prototype generates 10 litres of water per day and was shortlisted for the Royal Academy of Engineering’s Africa Prize for Engineering Innovation in November 2018.

One of Majik Water’s founders, Clare Sewell, says that in the short term, water-from-air technologies are, and should be, a niche solution to be used when clean drinking water from natural sources is not readily available.

“The problem is that, increasingly, people are suffering from drought, or their water is contaminated with items that are dangerous but expensive to remove from the water, such as the high fluoride contamination in parts of Kenya. This means there are large water-stressed swathes of the country where organizations will not drill boreholes because the water does not meet World Health Organization standards,” she said.

Sewell and co-founders Beth Koigi and Anastasia Kaschenko, a 2018 finalist in UN Environment’s Young Champions of the Earth, met while doing a course on climate change at Singularity University at the United States’ National Aeronautics and Space Administration (NASA) Ames Research Center in California.

Sewell says Koigi was already involved in a water filtration business in Nairobi, but when the main dam ran out of water, she realized access to water was a bigger issue than cleaning dirty water. This inspired the new project.

Hertz places WeDew firmly among efforts being made to repair the damage we have already done to the natural world.

“We need to move beyond sustainability to a regenerative and restorative future that comes from abundance rather than a scarcity model… In particular, we need additional decarbonization strategies if we are to save the planet from ecological genocide,” he says.

“On a medium- to long-term basis, we absolutely believe that climate change will cause increasing water stress across the globe … So we believe that innovation and investment in this space will grow.”