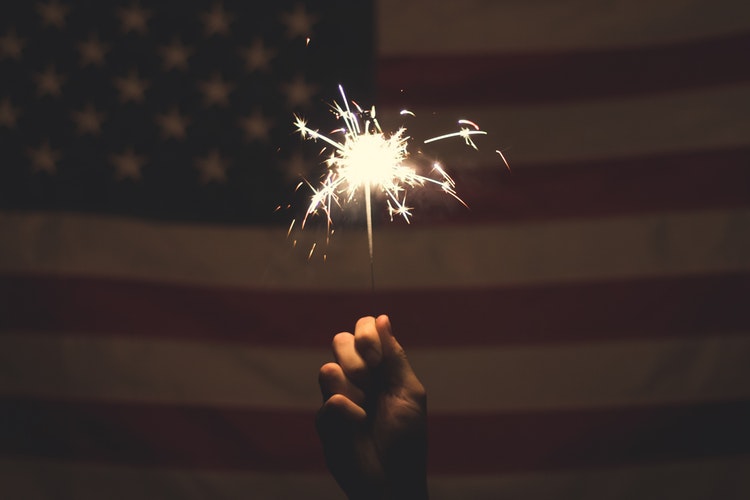 This article was originally published by Eco-Business and is republished with permission.

While Trump’s policies will lead to far more emissions than Obama’s would have, a new analysis from the World Resources Institute (WRI) show that all scenarios lead to US emissions being higher than the 2025 target.

Given that Donald Trump tweeted in 2012 that he believes concern about global warming is the result of a ploy by China to make American manufacturing less competitive, and then in a 2014 tweet explicitly called global warming a “hoax,” it was no surprise when his administration moved aggressively to undo the climate actions taken by former President Barack Obama.

Trump began exploring ways to pull the United States out of the Paris Climate Agreement before he was even sworn into office, and announced on June 1, 2017 that he was officially pursuing withdrawal from the pact signed and ratified by Obama.

The soonest any country can formally withdraw is four years after the Paris Agreement went into effect, or 2020 — but Trump made it clear at the G20 summit in July that the US would “immediately cease” any effort to honor the emissions reduction plan (known as a nationally determined contribution or NDC) that the Obama Administration committed to in ratifying the accord.

Under Trump, the US Environmental Protection Agency (EPA) is seeking to repeal the Clean Power Plan, a key component of Obama’s climate legacy that sets limits on greenhouse gas emissions from electricity generation, and has gutted numerous other rules and regulations aimed at drawing down emissions, reducing our use of fossil fuels, and otherwise protecting the environment.

So what impact will this climate action rollback have? A new analysis from the World Resources Institute (WRI) seeks to answer that question by looking at seven different studies that estimate what the US’ annual emissions levels will be in 2025 under a range of possible scenarios based on Trump’s policies (such as whether the Trump Admin succeeds in overturning the Clean Power Plan or not) versus what would happen if Obama’s policies were left intact.

The authors of the analysis, WRI’s Taryn Fransen and Kelly Levin, found that all scenarios considered in the studies lead to US emissions being higher than the 2025 target in the US NDC.

The “studies suggest that if Trump’s policies are put into effect, U.S. emissions in 2025 will range from 5.6 to 6.8 Gt carbon dioxide equivalent (CO2e),” Fransen and Levin write. “Under Obama’s policies, estimates suggest emissions would have ranged from about 5.0 to 6.6 GtCO2e.”

However, while Trump’s policies will likely lead to much higher emissions levels, Fransen and Levin note that even Obama’s policies would have failed to meet the US NDC target of 4.8 to 4.9 GtCO2e in 2025, meaning that, no matter what, significant additional actions would have to be taken between now and then.

Which isn’t the same as saying that there’s no difference in Trump’s and Obama’s climate policies, of course: “Unsurprisingly, the studies find that the United States would have come closer to hitting its NDC target under Obama’s policies than under Trump administration proposals,” Fransen and Levin add.

Even as the Trump Administration seeks to weaken the US response to global warming, however, there are a number of sub-national and private sector efforts emerging to reduce emissions, usher in an era of renewable energy, and honor the Paris Agreement commitments.

Most notably, there’s the We Are Still In network, which was launched just days after Trump announced he would pursue withdrawal from the Paris Agreement and now boasts more than 2,500 state and local elected officials, business leaders, academic institutions, and more.

There’s also the America’s Pledge initiative, led by former New York Mayor Michael Bloomberg and California Governor Jerry Brown, which works in tandem with We Are Still In and attended the UN climate talks in Bonn, Germany in November to represent the many people and institutions in the US who continue to work to combat global warming.

But can efforts led by cities, states, and businesses actually make up the difference between the US NDC targets and the current trajectory of US emissions? Fransen and Levin looked at two different studies that explore this question, as well, and discovered that it is indeed possible.

One of the studies found that 2025 emissions could be reduced by as much as 4.5 GtCO2e through a variety of actions available to local governments and businesses, such as aggressive replacement of coal-fired energy production with clean energy sources and the implementation of policies like the Mercury and Air Toxics Standard and tougher vehicular fuel standards regardless of whether the federal government pursues them or not.

Another study “explores the levers states can use to control emissions from electricity, transport and on-site sources,” according to Fransen and Levin, and “concludes that if states find the political will to use these levers, they could meet the U.S. climate commitment.”

At the same G20 summit where Trump let it be known that the US would not honor its Paris Agreement commitments, the leaders of the 19 other nations in attendance reaffirmed their own intention to work together to meet the emissions targets they had set for themselves.

That means that sub-national efforts in the US are not acting alone, as Fransen and Levin point out: “Many U.S. cities, states, regions and companies are already joining other countries in taking the helm on climate and clean energy action and pointing the way toward a low-carbon future.”