Asia-Pacific chefs chew over ways to slim down food waste 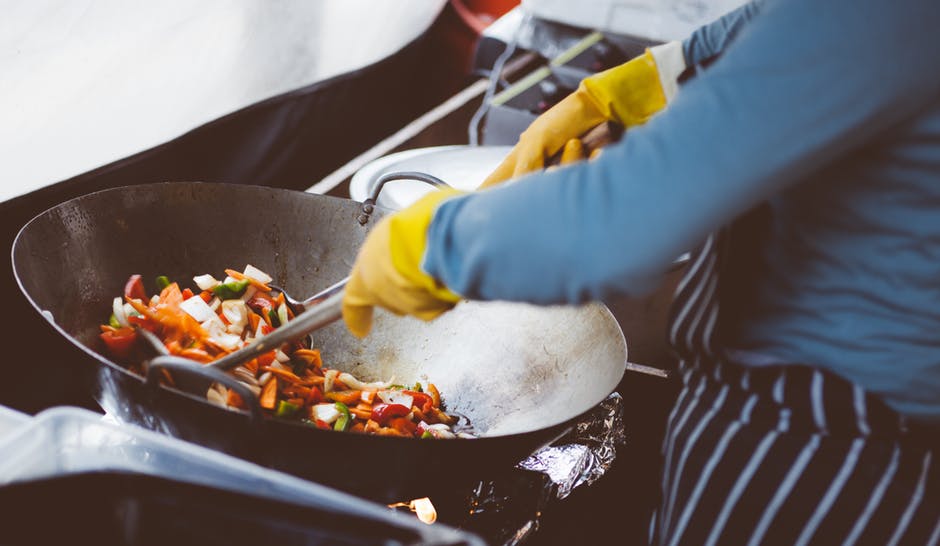 “Squandering food is squandering everything that goes into food – including habitat and wildlife. We’re just running out of time.”

KUALA LUMPUR, April 5 (Thomson Reuters Foundation) – Chefs and caterers at hotels in Asia-Pacific will work on ways to cut food waste, including tweaking buffets and promoting the use of doggy bags, in a scheme led by environmental group WWF.

The Asian arm of the Hotel Kitchen programme, funded by The Rockefeller Foundation, is due to be launched on Friday at a Singapore meeting of international and regional hotel chains.

“This is about accelerating change and getting people to think differently about food,” said Pete Pearson, Washington-based director for food waste at WWF.

About a third of food produced around the world is never eaten because it is spoiled after harvest and in transportation, or thrown away by shops and consumers.

That amounts to economic losses of about $940 billion per year, according to the U.N. Food and Agriculture Organization.

Yet 815 million people around the world go to bed hungry every night, U.N. figures show.

Throwing out food wastes the water, energy and fuel required to grow, store and distribute it, campaigners say, while discarded food ends up in landfill where it rots, releasing climate-changing gases such as methane.

Joao Campari, food practice leader with WWF International, said the conservation group – best known for its work with wildlife – began focusing on food because its production is responsible for more than 70 percent of the world’s lost biodiversity.

“The planet cannot supply enough resources at the rate we are consuming today,” he told the Thomson Reuters Foundation.

Hotel Kitchen, which was piloted in the United States last year with international hoteliers including Hilton, Hyatt and Marriott International, is part of WWF’s push to halve per capita food waste by 2030, in line with global development goals.

Those hotel groups are expected to participate in the Asia-Pacific expansion of the initiative, Pearson said.

Friday’s meeting, backed by the UK-based Waste and Resources Action Programme and the Pacific Asia Travel Association, will chew over with regional hospitality workers how food waste can be identified, managed and minimised.

In the United States, hotel chefs worked to ensure menus for buffets and large events could be adjusted quickly, and some of the excess food reused.

Instead of loading a buffet with cheeses and meats, for example, most of it could be kept fresh behind the counter until customers ask for it, said Pearson.

“Squandering food is squandering everything that goes into food – including habitat and wildlife,” he said. “We’re just running out of time.”

The WWF programme is due to be rolled out in Europe within the next three months.

Hotels save an average $7 for every $1 spent on curbing food waste, according to a new report by the Champions 12.3 coalition, which analysed 42 hotels in 15 countries.

Within the first year of implementing a food waste-reduction programme, more than 70 percent of hotels in the study recouped their investment, it added.