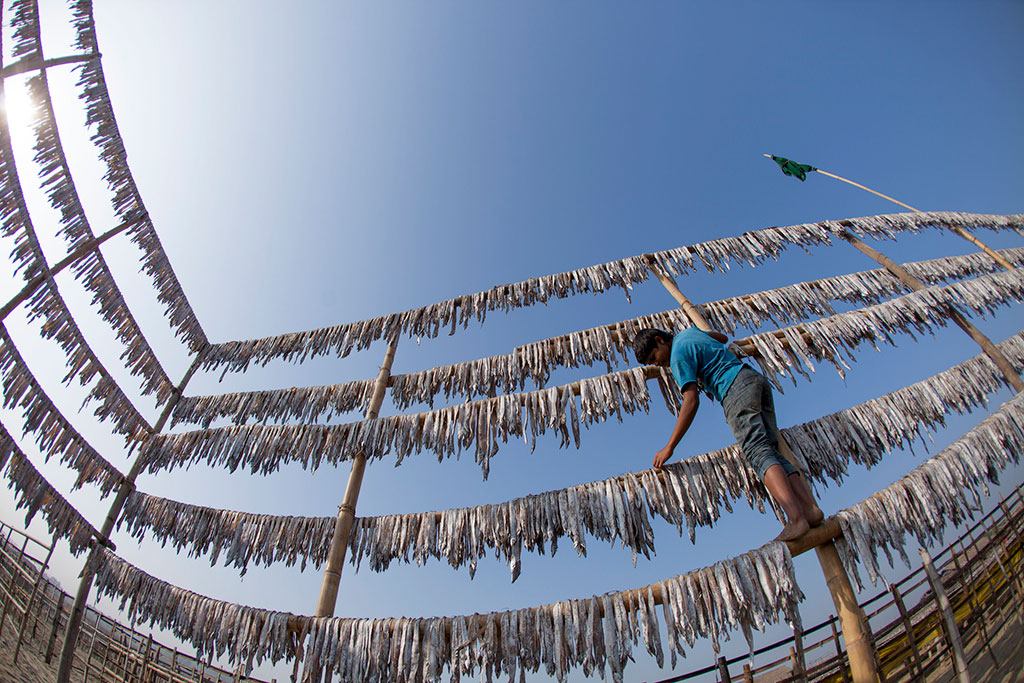 A man hangs fishes to dry at a village in Bangladesh. Photo: FAO/Zakir Hossain

This article was originally published on un.org and is republished with permission

1 June 2017 – A new agreement aimed at stopping rogue fishing practices represents the capstone of years of diplomatic effort to combat the scourge of illegal fishing, according to the United Nations agriculture agency.

The Agreement on Port State Measures (PSMA) to Prevent, Deter and Eliminate Illegal, Unreported and Unregulated (IUU) Fishing, gives the world “all the instruments necessary to achieve our goal,” said José Graziano da Silva, Director-General of the Food and Agriculture Organisation (FAO) in a press statement.

Mr. Graziano da Silva spoke at the first Meeting of the Parties, hosted by the Government of Norway to hammer out details regarding the treaty’s implementation, such as defining the responsibilities of States, regional fisheries management organizations and other international bodies, including FAO.

Soon to have 48 parties – counting all 28 European Union members, with Japan and Montenegro about to join depositing their instruments of adhesion – Mr. Graziano da Silva expressed confidence that more countries would join in the near future, saying “this gives the one-year-old treaty added heft.”

The FAO-brokered treaty restricts port access to fishing vessels that fail to comply with a set of rules, including proof that they have proper operating licenses and transparent disclosure of the species and quantity of fish caught.

Years of IIU fishing, which has yielded up to 26 million tons, worth some $23 billion a year, represents a huge threat to all efforts to bolster sustainable fishing in the world’s oceans.

Parties to the PSMA currently account for more than two-thirds of the global fish trade, according to FAO. The PSMA also represents a large contribution toward achieving Sustainable Development Goal 14, which expressly calls for an end to IUU fishing by 2020.

Protocols under discussion include how to assure proper real-time exchange and information publication, as port States must signal eventual violations to a ship’s flag State in addition to regional authorities.

Further technical requirements of developing States will also be addressed. An ad hoc working group will meet later this week to make recommendations on establishing suitable funding mechanisms to make sure all members, including Small Island Developing States located amid some of the world’s most attractive fishing areas, can carry out their tasks. The PSMA treaty itself demands that members contribute to the capacity-building effort required to make the agreement work.

“This is a crucial moment,” Mr. Graziano da Silva said, noting that FAO itself has already committed $1.5 million of its own funds toward the effort.