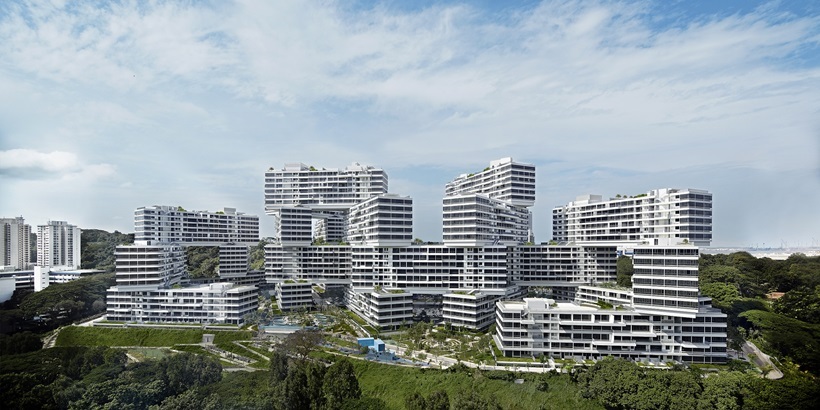 This article was originally published on CapitaLand and is republished with permission.

Singapore, 7 September 2017 – CapitaLand has been listed in the Dow Jones Sustainability World Index (DJSI World) for the sixth year in a row – it is one of only two Singapore companies to make the World listing.  It has also retained its listing in the Dow Jones Sustainability Asia Pacific Index, marking the Group’s ninth consecutive listing in the regional index.  CapitaLand remains the longest-standing Singapore company recognised in DJSI, having been the first from the country to be listed when the regional index was launched in 2009.

On top of this, CapitaLand has been named Regional Sector Leader of Asia (Diversified[1]) in the 2017 Global Real Estate Sustainability Benchmark (GRESB) Real Estate Assessment – the seventh year in a row it has achieved this distinction.  CapitaLand Mall Trust (CMT), Singapore’s first and largest retail real estate investment trust, has also been recognised by GRESB as Regional Sector Leader of Asia (Retail – Listed).  GRESB is an industry-driven organisation committed to assessing the environmental, social and governance (ESG) performance of real assets globally, including real estate portfolios.  GRESB data is used by its members, which include pension funds and their fiduciaries, to optimise the risk and return profile of their investments.

Mr Tan Seng Chai, Group Chief Corporate Officer of CapitaLand Limited and Chairman of the CapitaLand Sustainability Steering Committee, said: “CapitaLand adopts a proactive and holistic approach that integrates sustainability into our policies, structure, management and operations.  We are honoured to be recognised in global and regional sustainability indices for our strong environmental, social and governance practices, along with some of the world’s biggest organisations known for sustainable growth.  These results affirm CapitaLand’s unwavering commitment to creating long-term value for our investors as we expand our business and innovate to build resilient and sustainable real estate of the future.  We will continue in our efforts to raise the bar on sustainability to improve the economic, environmental and social well-being of the communities we operate in.”

2017 – a year of continued excellence in sustainability

CapitaLand’s inclusion in the DJSI indices and recognition by GRESB add to the list of sustainability achievements that the Group has accumulated throughout 2017.

In January, CapitaLand was listed in RobecoSAM’s The Sustainability Yearbook 2017 with a Silver Class Sustainability Award, placing it in the top three among real estate companies worldwide and making it the only Singapore company with such a distinction.

Most recently, in August, CapitaLand moved up two spots to rank second out of 606 companies in the annual Singapore Governance and Transparency Index (SGTI) 2017, under the general category.  CMT topped the new REIT and Business Trust category, followed by CapitaLand Commercial Trust (CCT) in second, CapitaLand Retail China Trust in fourth, and Ascott Residence Trust in sixth place.  They were ranked among 42 REITs and Business Trusts that released their annual reports by 31 May 2017.

In the same month of August, CapitaLand, CMT and CCT were listed as a constituent of this year’s FTSE4Good Index and on the FTSE4Good ASEAN 5 Index.  The FTSE4Good Indexes comprise companies that have demonstrated strong environmental, social and governance standards.

Leading the industry for sustainability reporting

CapitaLand is also one of the few real estate developers to cover its international property portfolio across over 20 countries and global workforce of more than 12,700 staff in its sustainability report.  In May this year, CapitaLand published its eighth Global Sustainability Report, highlighting that the Group had reduced its carbon emissions intensity and water intensity by 26.2% and 21.8% respectively as compared with 2008, exceeding its 2020 reduction targets of 23% and 20%.

This year’s report referenced the United Nations (UN) Sustainable Development Goals (SDG) and was prepared in accordance with the latest Global Reporting Initiative (GRI) Standards: Core Option.  It continued to apply the Guiding Principles of the International Integrated Reporting (IIRC) Framework as well as ISO 26000:2010 Guidance on Social Responsibility.  The entire report is externally assured to AA1000 Assurance Standard, with all figures, statements and claims related to sustainability during Financial Year 2016 and the accuracy and reliability of its statements and figures validated.  The assurance engagement was conducted in accordance with the International Standard on Assurance Engagements 3000 (ISAE 3000).