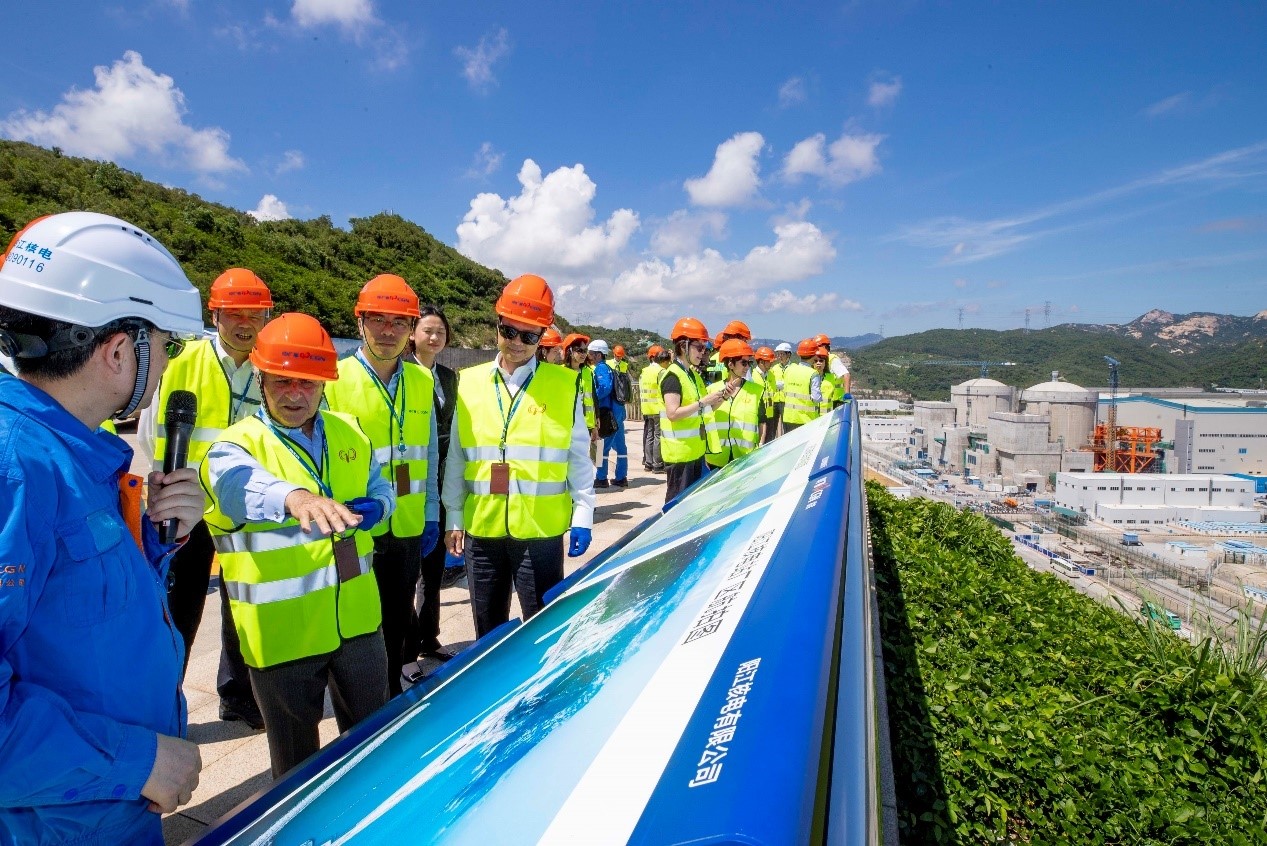 As Mainland China moves towards a low-carbon economy, the CLP Group has been expanding its diversified generation portfolio with a focus on renewable and nuclear power while exploring opportunities for innovation in the country.

“In Mainland China, the regulatory reform process continues as the economy develops and the energy transition progresses. Our efforts over many years to build a low-carbon business have positioned us well to manage these changes and the expected completion of the sixth and final unit at the Yangjiang Nuclear Power Station in 2019 will further boost our presence in the country’s low-carbon future,” said CLP Holdings Chairman Sir Michael Kadoorie in the Annual General Meeting held in May.

To expand its presence in the solar market, CLP acquired the Meizhou Pingyuan plant in Guangdong province in January, which added 42.5MW to the Group’s solar portfolio.

Last year, CLP acquired the remaining 49 percent equity stake in the 85MW Jinchang solar plant in Gansu province, bringing the company’s equity solar capacity in Mainland China to a high of 292MW as at the end of 2018.

On wind energy, CLP completed construction of Laizhou II wind plant last November and committed to the construction of the Laiwu III wind project, both in Shandong province. With the expansion of Laiwu to a total capacity of around 149MW, it will become CLP’s largest wind asset in China. As at the end of 2018, CLP China’s equity wind energy stood at 983MW.

CLP is dedicated to expanding its innovation capability in line with the Group’s strategy to transform into a “Utility of the Future” by meeting the growing demand for digitalised energy infrastructure and services. One of its focus locations is the Guangdong-Hong Kong-Macao Greater Bay Area in southern China, which aspires to become a globally leading innovation and technology centre.

In July 2018, CLP formed a joint venture with a subsidiary of TUS-Holdings Co., Ltd., a company affiliated to Tsinghua University, to develop and deploy new energy and smart city technologies. One area of opportunity being pursued is integrated energy systems for industrial parks enabling the provision of services that combines the supply of electricity, heating and air-conditioning into a singular offering, thereby creating efficiencies and cost savings. This CLP-TUS joint venture was selected successfully last year to operate the Fangchenggang High-tech Zone incremental distribution network project together with a subsidiary of China Southern Power Grid and a unit of the local government.

Under a 30-year franchise agreement, CLP will provide integrated energy solutions including electricity distribution and other value-added smart energy services for customers in the industrial park, giving CLP an entry point into the energy distribution and retail business in South China.

To find out the company’s latest developments in Mainland China, please visit www.clpgroup.com.