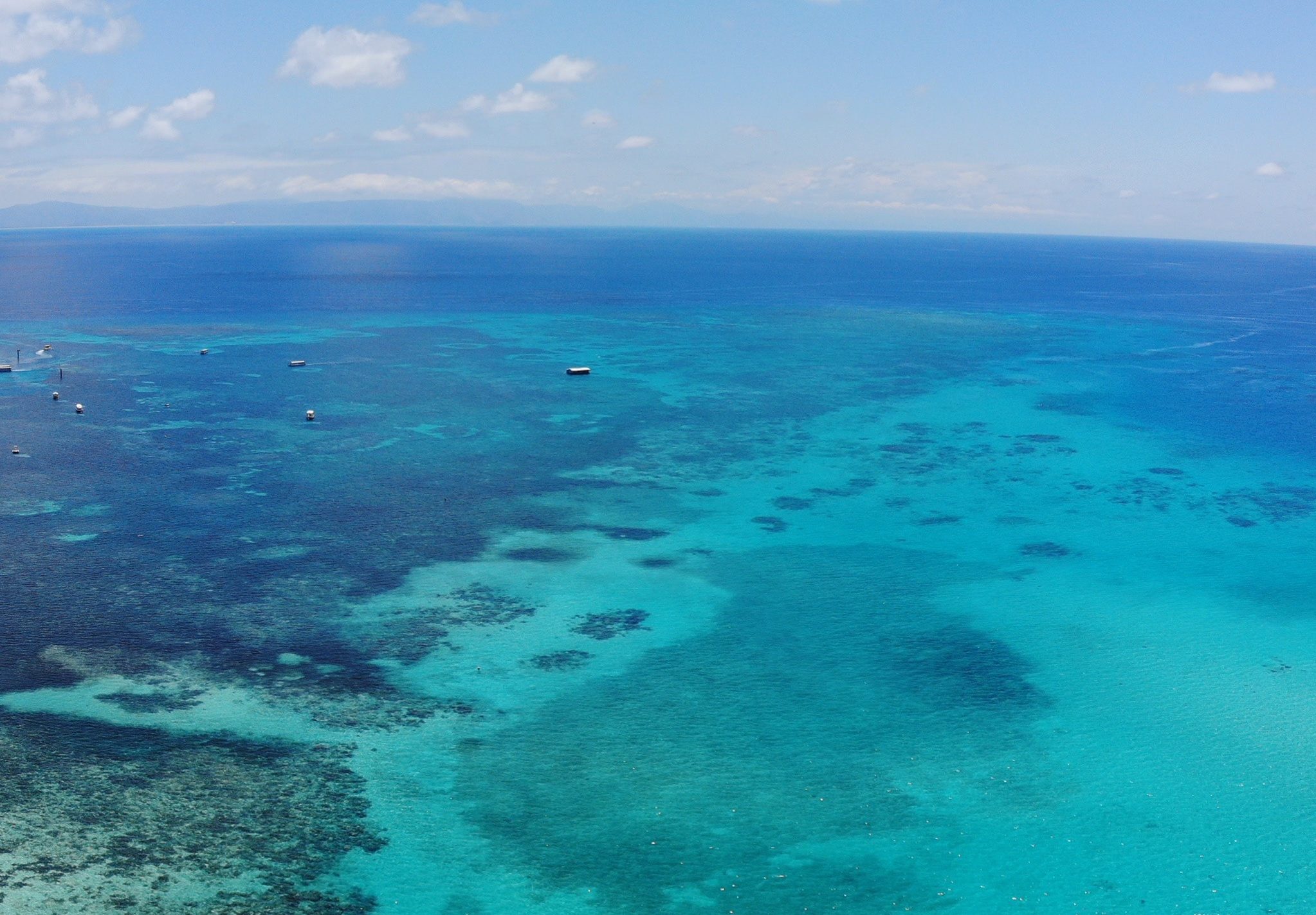 As humans continue to emit record levels of carbon dioxide, we are putting marine habitats at risk. One consequence of these emissions, ocean acidification, is a serious threat to many undersea environments—especially coral reefs.

Now, a multinational study on the Great Barrier Reef in Australia offers a small ray of hope. Reefs with higher numbers of living corals will be more resilient than expected to damage from acidifying seawater, scientists reported recently in Nature Evolution and Ecology.

The ocean absorbs much of the carbon dioxide we put into the air, converting it to a molecule called carbonic acid. This acid makes it harder for corals to recruit the building blocks they need to grow their skeletons. Worse, coral skeletons start to dissolve when seawater becomes too acidic.

The Intergovernmental Panel on Climate Change predicts in one model that the average pH on reefs could drop 0.25 units by 2100. That sounds like a small change, but it could devastate corals.

Researchers have previously simulated ocean acidification in simple aquariums, showing that corals struggle to thrive—much less survive—as the acidity in the tank worsens.

But David Kline, a staff scientist at the Smithsonian Tropical Research Institute in Ancon, Panama, and first author of the study, wanted to move beyond the “glass box” and look at ocean acidification in a more realistic setting.

To do so, Kline and his team placed a series of Free Ocean Carbon Enrichment (FOCE) devices on Heron Island in the Great Barrier Reef. Scientists previously had used this technology to study forests and grasslands, but this was its first test on a reef.

The researchers placed samples of hard coral, both dead and alive, inside the FOCE devices and stationed them in a tidal zone near the island. That put the corals in less than 1 meter (3 feet) of water at low tide and as deep as 5 meters (16 feet) of water at high tide. Openings on two ends and the bottom of the coffee table-sized enclosures left corals exposed to native reef inhabitants, such as parrot fish, invertebrates, and sediment bacteria.

By steadily pumping in carbon dioxide, the researchers lowered the pH by 0.25 below the ambient pH of the surrounding reef. Then, they monitored the coral’s growth and dissolution for 200 days. Not only did the living corals slow or completely stop growing, but they did so at a more dramatic rate than the aquarium studies had predicted. That’s because the corals were also nibbled by native creatures that took advantage of their weakened state.

But the FOCE experiments did show that living corals are much more resistant to dissolving than dead corals, whose skeletons become the foundations for new corals. Kline and his team calculated that it could take another 50 to 100 years for seawater acidity on the Great Barrier Reef to change enough to dissolve these corals, although the dead corals may already be at risk of disappearing in some regions.

“The huge difference between the fate of living and dead corals in a natural environment gives me hope,” Kline said in a statement. “As we create marine reserves and learn how to increase the amount of living coral by restoring reefs, we’re setting up a positive feedback loop because living coral will grow the reef and slow dissolution.”

“The primary impact of this paper is demonstrating… that healthy reefs stay healthy longer,” said Konrad Hughen, senior scientist at Woods Hole Oceanographic Institution in Woods Hole, Massachusetts, who was not involved in the study. “It means that making efforts to preserve corals can have benefits beyond what we think.”

Ariana Remmel (@science_ari) is a graduate student in the Science Communication Program at the University of California, Santa Cruz. Other Mongabay stories produced by UCSC students can be found here at https://news.mongabay.com/list/ucsc/.