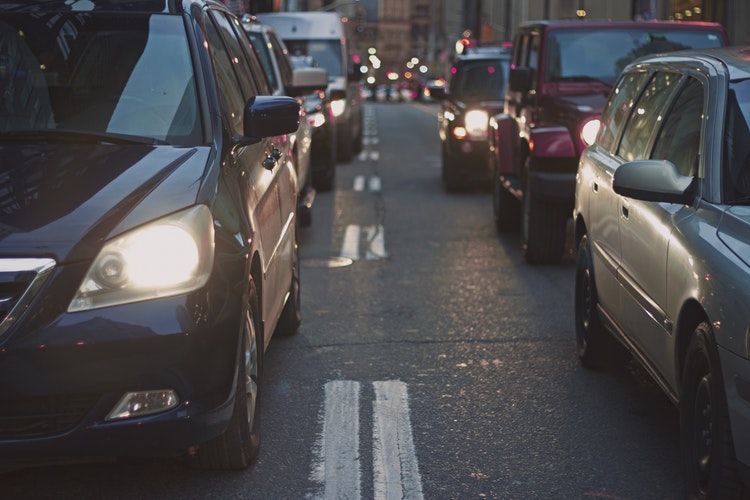 The smell of exhaust fumes is unpleasant and unhealthy, and the gases are known for affecting happiness, intelligence and overall human well-being. Yet millions around the world are forced to breathe in noxious fumes every day as they go about their business—heading for work, going to school or simply stepping out of their homes for a moment.

Transport emissions account for a significant proportion of air pollution in cities—varying enormously depending on the location. It can be the biggest or a minor source of air pollution, but its effects are devastating nonetheless. This is why local and national governments are increasingly taking steps to improve urban air quality by developing smarter public transport systems and/or switching to electric mobility and zero emission transport.

Sustainable Development Goal 3.9 calls for substantially reducing “the number of deaths and illnesses from hazardous chemicals and air, water and soil pollution and contamination”. For changes to be felt at such scale, a combination of behaviour change, persuasion, perseverance and leadership will be required.

Here, we look at some examples of initiatives from around the world to green the land-based transport sector.

Khan has pushed for—and implemented on 8 April 2019—an ultra-low emissions zone and confirmed its expansion to North and South circular roads from October 2021. Strict emission standards will also apply to buses, coaches and lorries across the whole of London from October 2020. Both schemes will lead to emission reductions across London and more than 100,000 residents no longer living in areas exceeding legal air quality limits in 2021.

These bold measures will deliver a major improvement to Londoners’ health by improving air quality, potentially preventing thousands of premature deaths and other serious conditions. Research demonstrates that these effects currently disproportionately impact the poorest Londoners, but all areas of London are expected to see reductions in pollution. London has just introduced an ultra-low emissions zone, which will be expanded from October 2021 to a much larger area. Photo Credit: Pxhere

“Tackling London’s lethal air and safeguarding the health of Londoners requires bold action. Air pollution is a national health crisis and I refuse to stand back as thousands of Londoners breathe in air so filthy that it shortens our life expectancy, harms our lungs and worsens chronic illness,” says Khan.

Chile has the second largest electric bus fleet in the world, after China. Speaking at the United Nations Environment Assembly in Nairobi in March, Schmidt stressed the importance of having an electric mobility strategy so that everyone can work together to accomplish the goal of reducing air pollution. She stressed the economic advantage of switching to electric vehicles, and their popularity with the public.

“We have 200 electric buses in Santiago. They are an enormous success with people. The quality is so much better. People paid more for it and took more trips.” Schmidt has helped incentivize the private sector to ensure that by 2022 Chile has 10 times more electric cars. “Between 2014 and 2018 we doubled our participation in renewables and clean energy,” she said.

“When you have the ministries of energy and environment in the same house you can make big leaps forward. Same person, same agency,” says Rodriguez, stressing that institutional organization is a key pre-requisite for change. He was speaking at the UN Environment Assembly in Nairobi last month.

Costa Rica, a country of 5 million people, uses a combination of solar, biomass, wind and geothermal energy to cover the country’s energy needs for over 300 days a year. It has a long-term plan to decarbonize its economy which includes electric mobility.

“If anyone asks why we are bothering to do this when our contribution to greenhouse gases is only 0.4 per cent of the global total, our answer is: because it makes economic sense. And health sense. And there are real cost benefits for decarbonization.”

Ola Evestuen, Minister of Climate and Environment of Norway

Norway, which aims to decarbonize its economy by 2030, has a greater percentage of electric vehicles than anywhere else in the world: 70 per cent of passenger cars on the road are electric.

The Ministry of Finance’s introduction of a broad package of incentives has been vital in achieving this. While there’s no road tax on electric cars, conventional cars are heavily taxed. Electric vehicles get free transportation on Norway’s ferries. Public parking in city centres is only allowed for electric cars. Infrastructure development has also been very important: many charging stations are in people’s homes.

“We have only 5 million people but are the third largest market for electric mobility in the world. Obviously, we want to be overtaken,” said Ola Evestuen’s deputy at the UN Environment Assembly.

The scheme is a modified version of California’s Zero Emission Vehicle mandate and specifies new energy vehicle targets for corporate fleets of 10 per cent of the conventional passenger vehicle market in 2019 and 12 per cent in 2020.