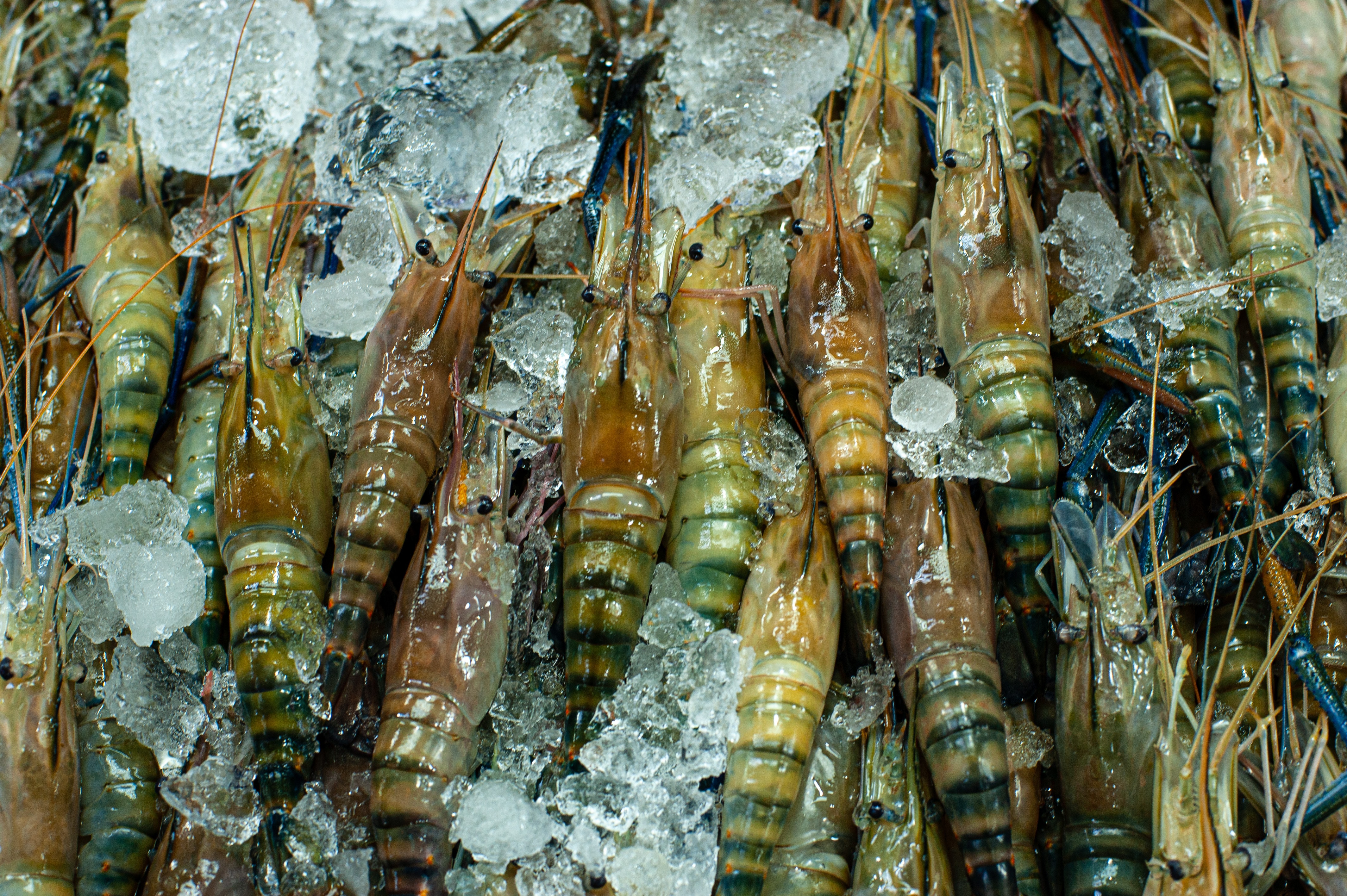 KUTA, Indonesia — Indonesia plans to restore more than 300,000 hectares (741,300 acres) of idle shrimp-farming ponds to boost its fisheries and reduce deforestation of the country’s mangrove ecosystems, according to a top official.

More than double that area, much of it in coastal regions rich in mangroves, have been cleared for shrimp farms, but only about 40% of the farms are in production, according to 2018 government data. “We must revitalize this area that’s abandoned or poorly managed … over the next five years,” Alan Koropitan, a deputy in the office of the president’s chief of staff, told Mongabay on the sidelines of an event in Kuta, Bali, on Dec. 11.

He said rebuilding shrimp farms on these idle lands could give a much-needed boost to the Indonesian fisheries sector. While Indonesia is a top global exporter of frozen seawater shrimps, the Southeast Asian country lags behind its neighbors in exports of freshwater shrimps and fresh, salted or smoked shrimps. Some of its top seafood exports include Asian tiger shrimp (Penaeus monodon) and whiteleg shrimp (Litopenaeus vannamei).

“But we don’t want to clear more land either [for shrimp farms] by clearing mangroves and such,” Alan said.

Shrimp farming is a major driver of the deforestation of mangroves, a crucial habitat for coastal marine life, in Indonesia. In 1999, 350,000 ha (865,000 acres) of mangroves were cleared across the archipelago to make way for shrimp ponds — the highest rate of mangrove deforestation in the world, according to World Bank in 2003. Shrimp farming has also drawn criticism for degrading the quality of freshwater available for communities living in the vicinity of the ponds.

Alan said President Joko Widodo had ordered the fisheries ministry to map out the idle or abandoned shrimp farms across the country that would be feasible for revival.

Fisheries experts have welcomed the government’s intention of boosting Indonesia’s aquaculture sector, but say the way to do it is through intensification — getting greater yields from the same area of fish and shrimp ponds — rather than increasing the number of such ponds.

“Expansion efforts would not fit with the current state of shrimp aquaculture in Indonesia,” said Susan Herawati, the general secretary of the People’s Coalition for Fisheries Justice, an NGO.

She cited the revitalization of Bumi Dipasena, one of Indonesia’s main sites for shrimp fisheries, spanning 17,000 ha (42,000 acres) in Sumatra’s Lampung province.

“Bumi Dipasena is the largest shrimp farm in Asia, maybe even in the world,” Susan said. “The fisheries ministry must be able to intensify the production of this site to fulfill demand.”

She called for improving road infrastructure and ensuring access to reliable electricity and clean water, both to boost logistics for the Bumi Dipasena shrimp producers and to help the thousands of families living in the area.

Earlier this month, Indonesia’s fisheries minister, Edhy Prabowo promised to work with other government institutions to revive Bumi Dipasena. One of the main challenges is the limited capacity of the existing shrimp ponds and infrastructure to boost yields, the minister said.

Reviving Bumi Dipasena would also require introducing community-based management and phasing out top-down corporate control of the farms, according to experts.

Operational control of the shrimp farms there previously fell under Jakarta-listed aquaculture company PT Central Proteina Prima, working under a partnership scheme with small-scale farmers. At its peak in the 1990s, Bumi Dipasena was producing 200 metric tons of shrimp a day on average, and generating an estimated $3 million a year in export revenue. But the company was secretly slashing half of the bank loans meant for the farmers, leading to the decline of the entire operation.

“If the restoration program indeed takes place, then the shrimp fisheries in Dipasena would reach its optimum operation and could re-emerge as a top shrimp producer like it used be,” said Dedi Adhuri, a researcher at the Indonesian Institute of Sciences (LIPI).

“Not only would the farmers benefit, but also the rest of the nation,” Dedi added.

Some shrimp farmers continue to work at Bumi Dipasena, but profits are narrow.

“We’ll keep on fighting, and we urge the government to play its role,” said Nafian Faiz, one of the farmers.