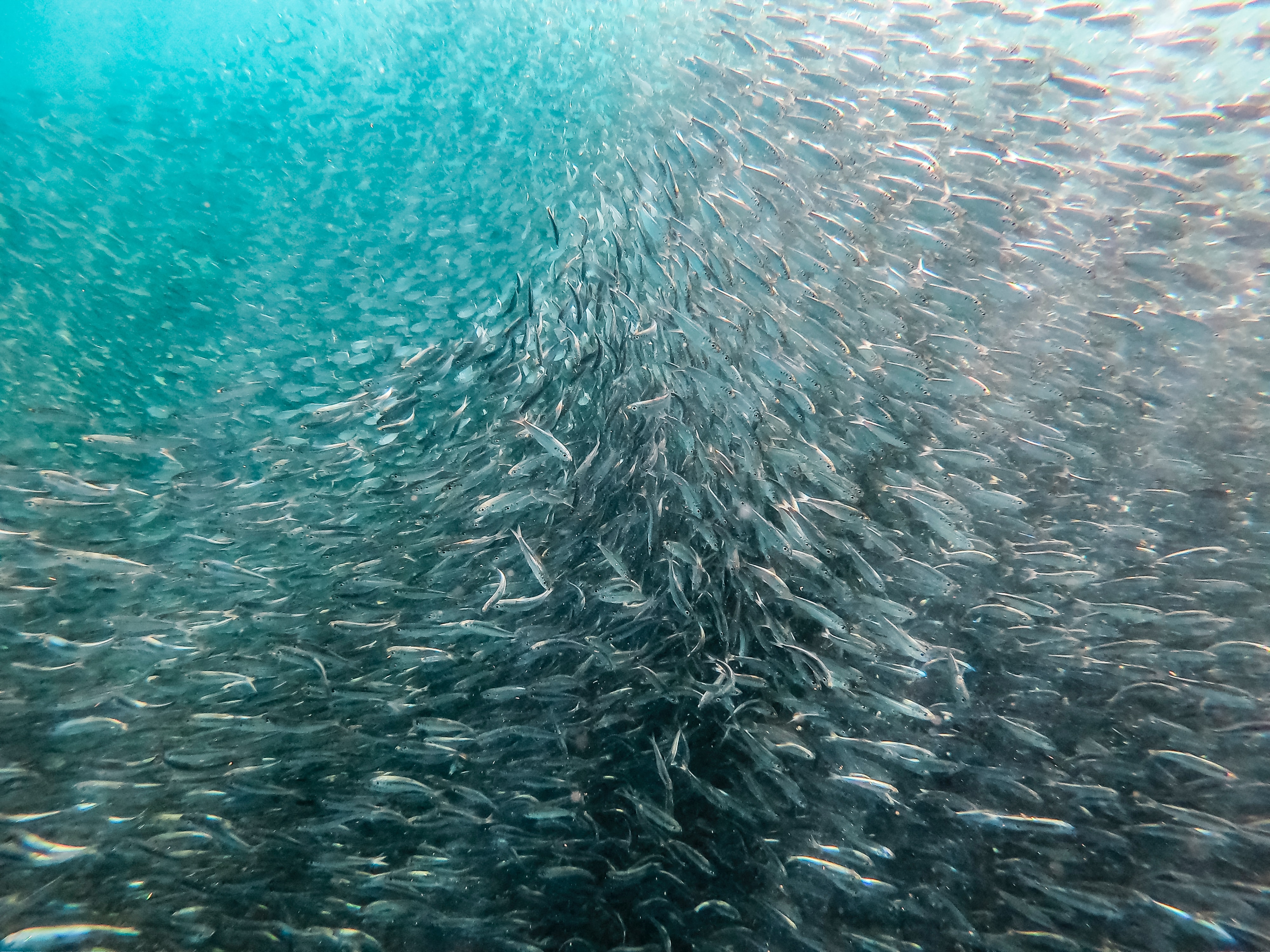 DUMAGUETE, Philippines — Microplastics for breakfast? It might be likely as a newly published study shows concentrates of small plastic particles, or microplastics, inside the digestive systems of rabbitfish (Siganid fuscescens), a popular catch in the Philippines.

The study, published in Marine Pollution Bulletin this month, analyzed 120 rabbitfish bought from local fishermen in the cities of Dumaguete and Bais and in the towns of Manjuyod and Ayungon, all part of the Tañon Strait protected seascape, a major fishing area in the province of Negros Oriental.

Through a series of laboratory tests, researchers found that nearly half of the fish samples had microplastics present in their digestive systems. “Compared to other neighboring countries like Indonesia where they reported 100% of sampled rabbitfish had microplastics, we only observed 46.7%,” lead author Lilibeth Bucol tells Mongabay.

“In terms of per fish basis, our data showed an average of 0.6 microplastic particle per fish,” Bucol says. “We often heard shocking news about whales or turtles with huge number of plastics in their guts and this is probably an equivalent to the fish.”

The majority of these plastics were polypropylene, Bucol says. Polyproplene, or PP, is a heat-resistant plastic commonly used in food and beverage packaging. Over time, it breaks down into small plastic particles, typically less than 5 millimeters in size, that settle on sea algae and can be consumed by small fish like the rabbitfish. This makes rabbitfish a good marker to determine the levels of microplastics in a given location.

Rabbitfish is one of the most-consumed fish in the Philippines, with at least 194 tonnes recorded in the market in 2017, according to data from the Bureau of Fisheries and Aquatic Resources (BFAR). It’s part of breakfast fare in touristy areas and sold deboned and packed in supermarkets. Its guts, where most of the microplastics are contained, are used to make dayok, a fermented fish sauce.

The impact of ingesting microplastics has yet to be determined, but it’s been an emerging focus of ongoing studies. Its toxicity depends on how much is consumed, though some particles are small enough to penetrate human tissue.

The Philippines is one of the most prolific consumers of single-use plastics, using roughly 48 million shopping bags and 164 million sachets on a daily basis. With a still-developing waste management system, this plastic waste ends up in the oceans, making the country the third-largest contributor of marine plastic pollution, according to a 2015 study. China and Indonesia were the top two in the study, which calculated land-based plastics entering the oceans based on worldwide data.

The new study is the first to look at microplastics consumption among fish species consumed by humans. While the researchers could not pinpoint the source of the plastic inside the rabbitfish guts, they were able to establish that these microplastics have reached even the most rural and least populated towns in Negros Oriental.

“The most surprising result of our study is that we found fish samples with high number of microplastic particles, even in a rural coastal town like Manjuyod,” Bucol says. “One fish from this locality had 44 fragments of microplastic, which we identified as polypropylene. Can you imagine having a fish with small gut and having 44 plastic fragments inside the gut?”

But while the study focused only on four areas in one province, Bucol says it has major implications, especially to major Philippine fishing grounds in the country like the Tañon Strait, given that the highest rate of the sampled rabbitfish with microplastics came from Bais Bay — part of a protected seascape. “Tañon Strait is a major fishing ground in Central Visayas, and seafood resources from this body of water, like in many parts of the world, may be at risk to microplastic pollution,” Bucol says.

“There’s a need to better understand both the sources and the types of microplastics entering marine environments and seafood can help inform improved management of local and regional solid waste,” the study states, adding there’s a need for further local studies “to understand the impacts of microplastics in marine organisms and its potential hazard to human health.”