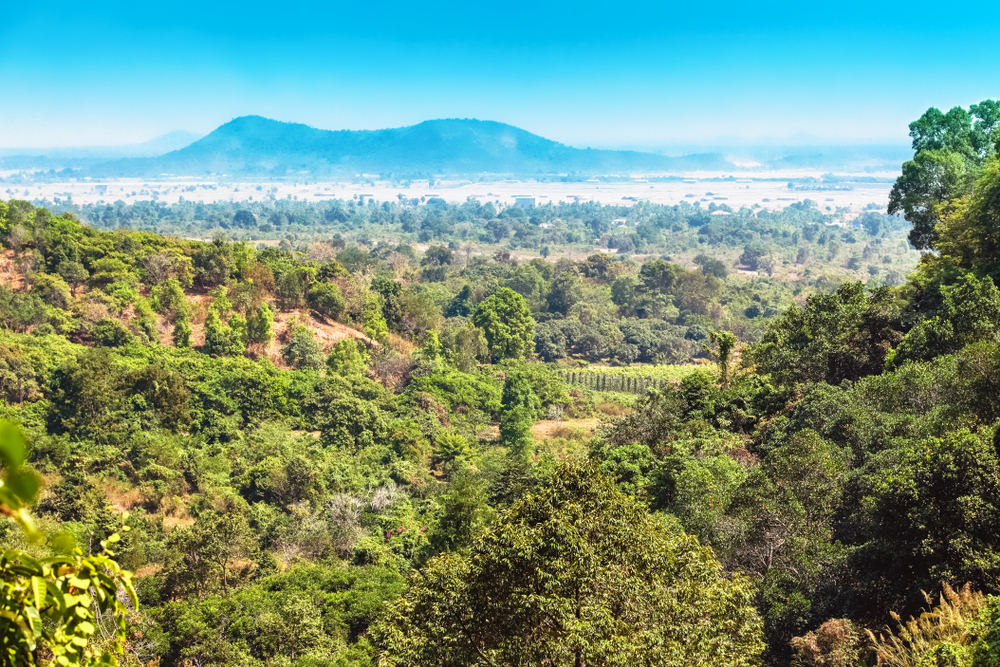 ANLONG VENG, Cambodia, July 29 (Thomson Reuters Foundation) – A s a Buddhist monk, Khoeum Saray’s day is governed by a ritual of prayer, meditation, alms and temple chores. With one big exception – he also patrols a sprawling Cambodian forest and shows villagers how to protect it.

Khoeum Saray is among a dozen or so monks managing a project that is hailed as a model for conservation in a nation with one of the world’s fastest rates of deforestation.

The Monk’s Community Forest, established in 2002 by Bun Saluth, chief monk at Samroang pagoda, sprawls over 71 square miles in the country’s northwest, on what was once a bloody battlefield under the Khmer Rouge.

Today it is the largest community-managed forest conservation site in Cambodia, benefitting nearly 4,000 people in six villages. And proponents say it shows that religion can be a powerful tool in protecting the planet.

“Earlier, the villagers were cutting down trees and encroaching on forest land. Gradually, we made them understand the importance of protecting the forest – for the environment and for themselves,” said Khoeum Saray.

“There is a deep connection between Buddhism and the environment. As monks, we are not interested in making money, so people trust us, and we can spread the word widely,” he said, seated on a wooden bridge above a stream in the forest.

Their efforts have helped conserve several threatened species, including the sun bear, gibbon, leopard and pangolin in the forest’s dense evergreen and semi-evergreen canopy.

Using religion to drive conservation is one of the most effective models globally, according to Yale University’s Forum on Religion and Ecology, amid ever-increasing pressure on natural resources from fast-growing populations and industry.

Religious leaders – from Pope Francis to Indonesian imams – have called for action to protect the environment.

Buddhists meditate in forests and consider them sacred, believing the Buddha was born in one and enlightened in another, said Chantal Elkin, a director at the non-profit Alliance for Religions and Conservation.

They are at the forefront of harnessing faith to save nature.

“The world’s religions are regarded in some ways as the first environmental campaigners, as every theology speaks of a respect for nature, and a duty to care for the earth,” said Elkin, who wrote a Master’s thesis on Buddhism and conservation.

“Monks see it simply as their duty to conserve forests.” 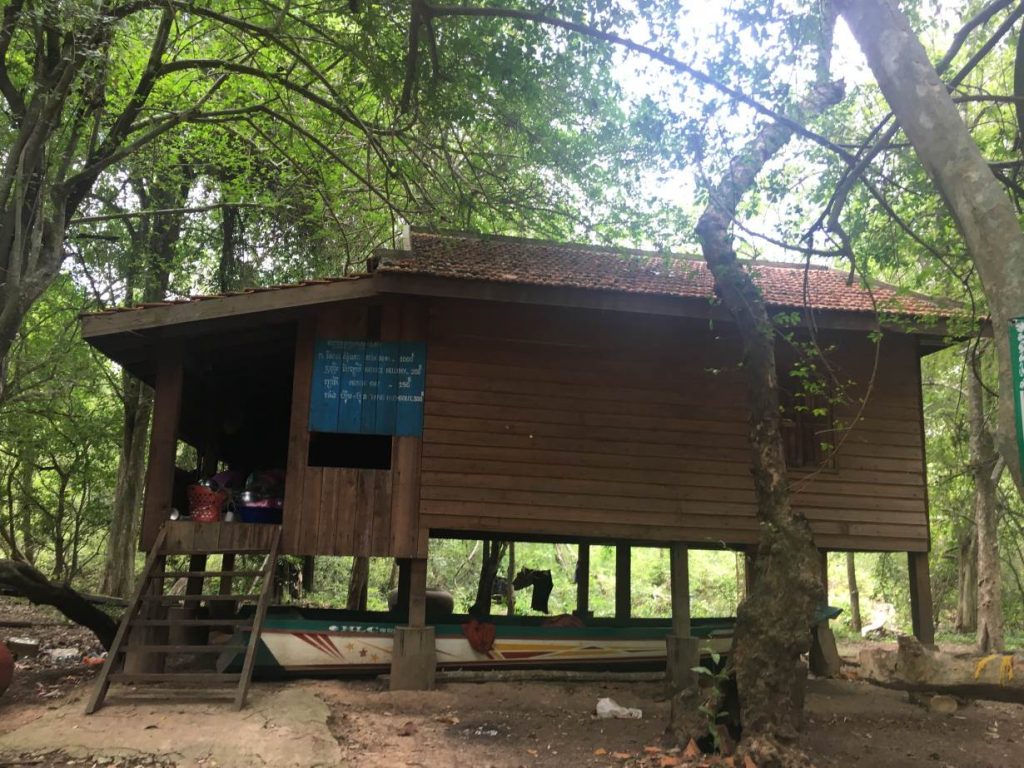 A shelter for villagers and Buddhist monks who manage the Monk’s Community Forest, which sprawls across 18,261 hectares (71 square miles) in Anlong Veng in Oddar Meanchey province in northwest Cambodia. May 29, 2019. Thomson Reuters Foundation/Rina Chandran

The impoverished Southeast Asian country endured decades of conflict, particularly under the Khmer Rouge in the 1970s.

After the regime fell, disputes followed over precious land, exacerbated by the destruction of property records.

Such deals covered more than a tenth of the country’s land by 2012, human rights lawyers estimate. More than 770,000 people were displaced and an untold number of trees felled to make way for plantations of rubber, sugarcane and timber.

Between 2001 and 2014, Cambodia lost 1.44 million hectares (5,560 square miles) of forest, one of the world’s fastest rates of deforestation, according to the NASA Earth Observatory.

The government issued a decree in 1993 to set up “protected areas” as a way to preserve land, forests and coastal zones.

It also banned logging exports, and in 2012 announced a moratorium on new economic land concessions.

In his time in Thailand, Bun Saluth saw monks teaching conservation, as well as anointing trees with prayers and saffron cloth to protect them from logging.

He took these lessons back to Cambodia, but when he tried to establish a community forest in Oddar Meanchey, he said the monks were threatened by villagers and forest officials.

Slowly, they won them over and suggested everyone run the forest together. Logging and hunting are prohibited, but villagers can use traditional fishing methods, collect firewood and gather bamboo, mushrooms, fruit and leaves.

There is also a plan for eco-tourism to generate funds.

An estimated 95% of Cambodia’s population practises Theravada Buddhism, and monks have always had key roles in the community, from education to social ceremonies. They are also active in political protests and peace-building.

The rush to develop has corralled them into conflicts over land and resources, with monks using their religious authority, local clout and social media to bolster these movements.

“They are doing the work with not much money or government help. But they are effective because they speak to people’s value systems – which are tied to their religious beliefs, and that’s how behaviour changes,” said ARC’s Elkin.

“The conservation movement could never do what they are doing, despite their big budgets because they focus mostly on technical solutions,” she told the Thomson Reuters Foundation.

ARC also supports conservation projects with Jewish, Sikh, Hindu and Muslim communities around the world, while the Interfaith Rainforest Initiative helps indigenous people in the Congo, Indonesia, and the Amazon.

“Religious communities contribute a vital moral force to the work being done,” said Mary Evelyn Tucker, a lecturer at Yale University who directs the Forum on Religion and Ecology.

“It provides a broader and long-range perspective to the ecological work, and can thus draw in more people,” she said.

For villager Chem Kouemg, who helps patrol the forest, the benefits are clear.

“The forest is important for us, as we depend on it for food, fish, firewood,” he said. “Together with the monks we can preserve this forest for future generations to enjoy.”