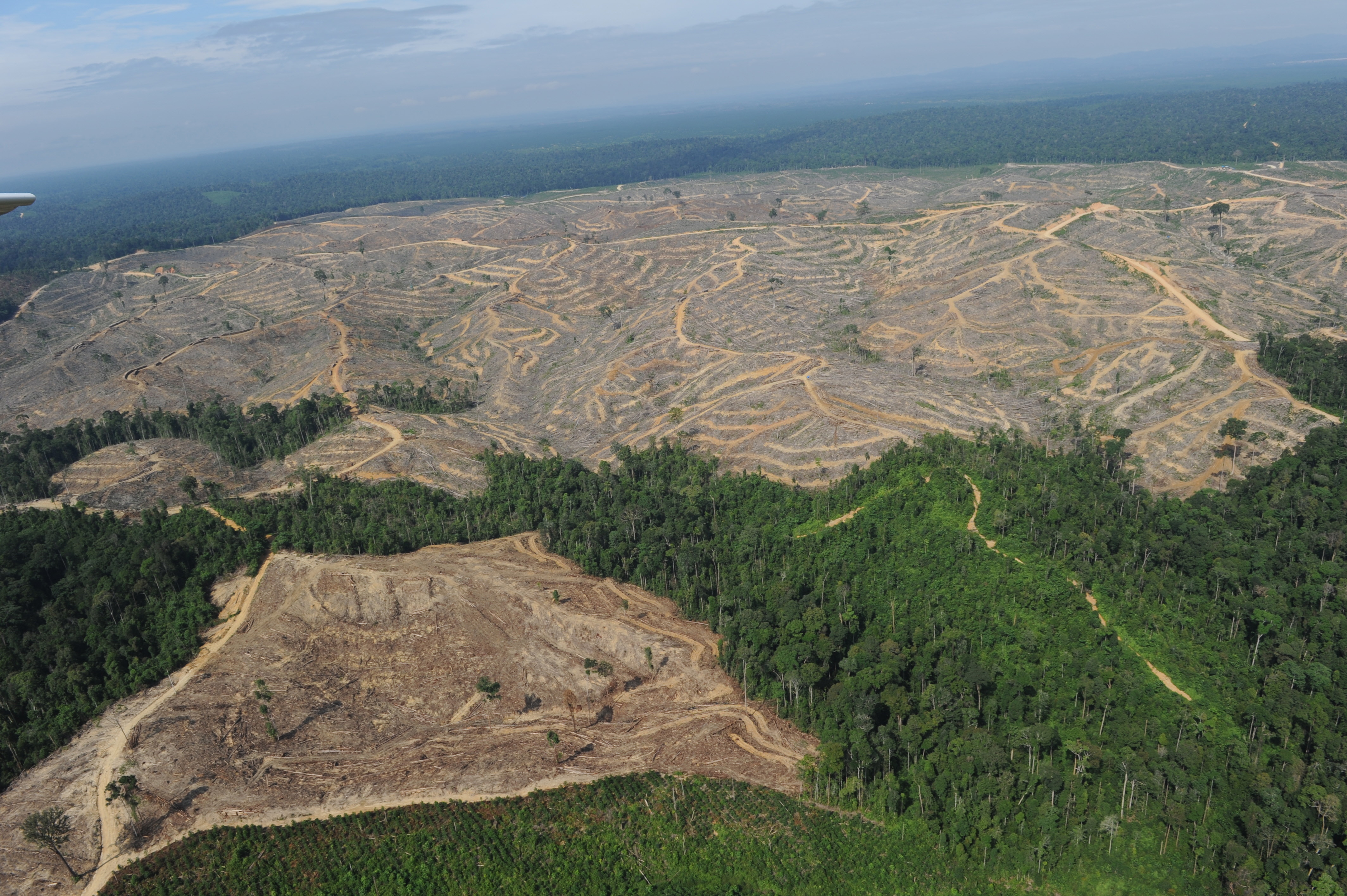 This photo shows a heavily logged concession affiliated with Asia Pulp and Paper, or APP, one of the world’s largest papermakers, on the Indonesian island of Sumatra, in 2010.

This article was originally published by MONGABAY and is republished with permission.

Samsung will stay away from any joint venture with a Korean-Indonesian conglomerate, Korindo, amid an NGO campaign highlighting Korindo’s rainforest destruction for palm oil in Indonesia’s Tanah Papua region.

Samsung’s announcement that it would partner with Korindo in the logistics sector had been widely reported in the Korean media. The joint venture was not directly related to Korindo’s palm oil operation, for which it has burned and cleared vast tracts of forestland in Papua and elsewhere to make way for its plantations, NGO Mighty Earth has exposed.

Mighty has continued to pressure Korindo, most recently targeting its business partners in other sectors. Mighty and consumer group SumOfUs launched an online petition calling on Samsung to cut ties with Korindo, and it amassed more than 73,000 signatures, including 15,000 from users of Samsung phones.

The petition was hand-delivered to Samsung’s main office in Seoul, ahead of the company’s launch of its new Galaxy Note 8 phone last month.

That was part of a “week of action” surrounding the Galaxy Note 8’s launch in which over 2,000 Samsung customers sent emails to the electronics giant from their Samsung devices. Over 10,000 people took action online, and nearly 1 million people viewed online ads about Samsung’s connection to rainforest destruction, according to Mighty.

“I own two of your TVs and recently switched my Galaxy back to Apple because of your Korindo involvement,” said one of the many personalized emails to Samsung. “As long as you continue to have an environmentally irresponsible ethos I will not be a customer, and I will share that with my friends and on social media.”

After that, Samsung’s logistics arm sent a letter to Mighty, dated Aug. 31 and seen by Mongabay, saying it had no plan to establish a partnership with Korindo — and denying it had ever reached an agreement with Korindo in the first place.

“Although it is true that there was a news article dated June 19th, 2017 reporting  ‘a strategic partnership with Korindo Group’ on the global logistics business, we, Samsung SDS, would like to inform you that there has not been any business dealings between Samsung SDS and Korindo Group, nor has there been a concrete plan or intention to pursue any further business opportunities between the two, except to the extent that certain meetings were previously held only to navigate potential business opportunities and nothing more,” read the letter.

The joint venture had been reported by various Korean news outlets, complete with a photo of executives from both firms shaking hands in front of a banner displaying their corporate logos. Korindo posted the articles on its website.

Despite Samsung’s decision to cut ties with Korindo, Samsung still has a direct stake in the oil palm sector. It owns two plantations on Indonesia’s main western island of Sumatra, part of a joint venture with the Ganda Group, which is controversial for its stake in a company that bulldozed people’s homes in 2011 to make way for its plantation.

“Samsung has taken the first step to delink its business from rainforest destruction. Now it must go all the way,” Lapidus said. “Samsung needs to remedy its human rights abuses on its own palm oil plantations and require its joint venture partner, Ganda Group, to adopt a strict forest conservation policy aligned with the industry standard for responsible production.”

As for Korindo, Lapidus said she hopes it “wakes up to the reality that even from a business perspective, it can’t continue to allow deforestation.”