They said 2022 would be a better year. The global pandemic would soon subside, and economies would be poised for a post-pandemic recovery.

Just as we thought things couldn’t get any worse, along came Russia’s invasion of Ukraine. Not only is the invasion an ongoing humanitarian tragedy in Ukraine, but it has also upended global order, causing significant environmental degradation and public health repercussions.

Beyond the horrific localised socio-environmental impacts, the war also has severe implications for global environmental governance. As a major exporter of oil and gas, Russia wields considerable power over the global energy supply—especially Europe’s—which is why the region has deliberately avoided imposing energy sanctions on Russia. But continued purchases of Russian fossil energy keep the Russian war machine running.

The United States’ fossil fuel industry has seized upon Europe’s energy dependence on Russian fossil energy to lobby for more oil and gas permits in the name of “more energy security at home and abroad.” The oil and gas industry is making record profits while fuelling one crisis—the war in Ukraine—and doubling down on another—climate change.

Now you might be wondering: what does all of this have to do with Singapore?

Non-European energy sanctions on Russia, coupled with increasing global energy demand, have driven up oil and gas prices globally. Singapore will be significantly impacted (and is already impacted) by the energy price spikes because: 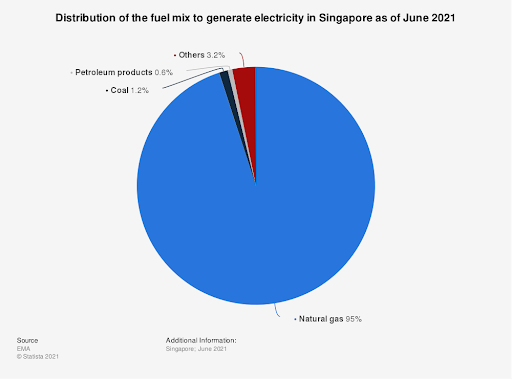 2. Singapore is a net energy importer, reliant on natural gas imports to satisfy its energy needs.

Given Singapore’s energy insecurity and vulnerability to external shocks, it has two options. One, it could increase investments in infrastructure for refining and storing oil and gas for short-term energy security. Or two, it could aggressively decarbonise and accelerate clean energy deployment.

The first option is nothing more than a false solution: building more fossil fuel infrastructure will lock in future reliance on fossil fuels and the global energy markets. Plus, it will increase Singapore’s carbon emissions, exacerbating climate change.

The second option leads us to a cleaner, greener, and more energy-secure future where dependence on petrostates like Russia would be markedly reduced. Avoiding energy dependency in the volatile market not only safeguards businesses and consumers against external uncertainties and unstable energy prices in the long run, but also contributes to climate change mitigation.

The choice is obvious, I hope.

How should we Decarbonise?

Singapore’s current plans for its clean energy transition depend on four switches designed to maximise energy security and affordability: solar, low-carbon alternatives, regional power grids, and natural gas (which would still remain the dominant fuel in Singapore for decades). To reduce its reliance on natural gas, Singapore must increase investments in the other three switches.

Let’s begin with solar. Solar photovoltaic (PV) energy generation is the most promising renewable energy source for Singapore, given its unusually high solar irradiance. However, solar energy currently only contributes to less than 1% of Singapore’s energy mix due to space constraints and energy intermittency issues.

A study by the Solar Energy Research Institute of Singapore found that solar energy could satisfy 22% of Singapore’s energy demand during mid-day—where the amount of sunlight received and strength of solar rays peak—by 2030 if it utilises all available surfaces. Disappointingly, Singapore has an unambitious goal to increase solar PV to only 3% of energy demand by 2030. While Singapore has been experimenting with creative ways to deploy solar panels  on buses and train depots, it must also implement bolder targets, increase public investments, and provide grant support to the private sector to invest in new technologies if it truly wants to harness its solar potential. 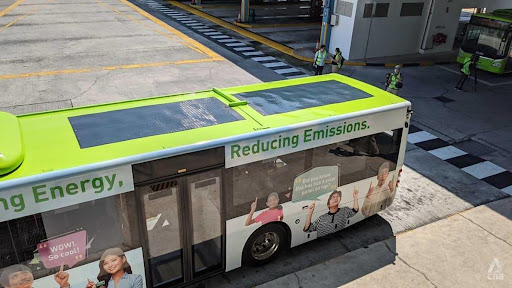 Low carbon alternatives include green hydrogen, a carbon-neutral energy source produced by splitting water into hydrogen and oxygen using renewable energy. For Singapore, green hydrogen presents a valuable business opportunity as part of its “Green Economy”, where Singaporean businesses can lead the innovation and development of “new sustainability solutions,” which include using green hydrogen in place of natural gas. Moreover, as green hydrogen is a suitable clean fuel for heavy-duty vehicles, it would complement Singapore’s development of light-duty electric vehicles (EVs) industry as part of its 2030 Green Plan to decarbonise the transportation sector.

Plan #DecarboniseSingapore won’t work if Singapore doesn’t forge meaningful collaborations for developing regional power grids. Singapore is land-scarce, and any substantial grid-scale clean energy development will require its proactive engagement in multilateral regional energy partnerships. Singapore should thus leverage energy forums such as the ADB Asia Clean Energy Forum to promote the decarbonisation agenda across the region. It should also strengthen its existing energy projects in Southeast Asia and Australia, and encourage its neighbours to undertake similar projects together.

To be sure, deploying solar and green hydrogen technologies, and engaging in regional decarbonised energy efforts will be expensive and challenging for Singapore, considering its geographical and national limitations. But businesses in Singapore—particularly those whose operations are oil-dependent—will be severely affected by the war. The government and businesses must recognise that they will eventually bear the increasing and fluctuating costs of fossil fuels should they withhold investments in clean energy. And Singaporean businesses that embark on decarbonisation will not only benefit their own operations, but also become regional leaders in clean energy development.

The Russia-Ukraine war is a sobering reminder that Singapore is vulnerably positioned in the global energy market. This will only worsen if Singapore doesn’t decarbonise rapidly and immediately. Though 2022 isn’t the “better year” we yearned for, it’s the year where governments and businesses can make a lasting difference in energy policies. Let’s not waste it.