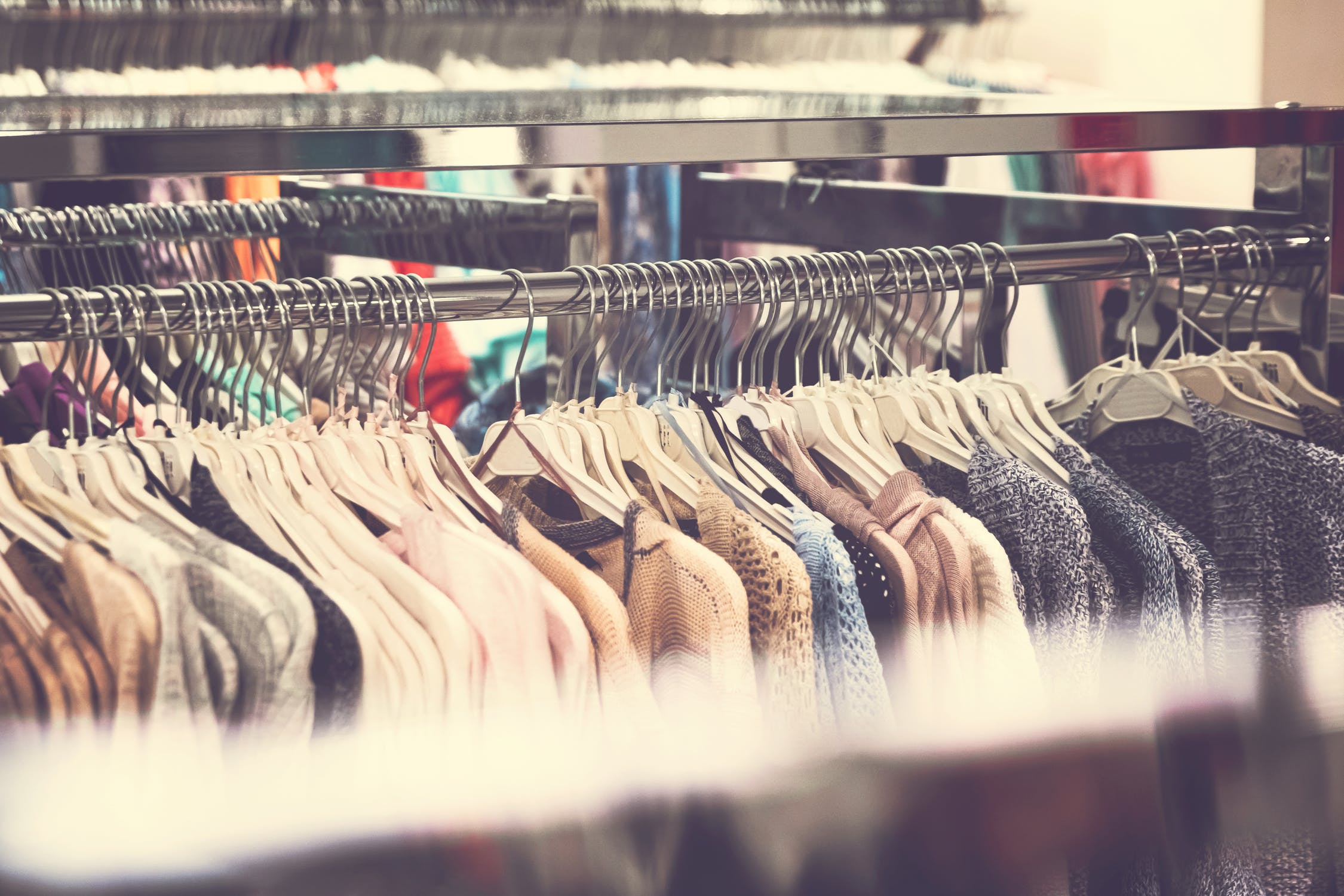 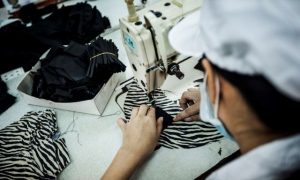 As the fashion industry churns out more items, climate impacts grow. Flickr/ILO in Asia and the Pacific

Low prices and unprecedented demand are fueling the growth of “fast fashion,” which takes trends from runway to consumers in record time. The problem is that, in the process, fashion is putting eye-popping pressure on the environment through water use, pollution, waste and carbon emissions—not to mention negative social impacts such as unsafe labor conditions for garment workers.

Unless big brands and retailers make major changes, the problem will get much worse. The worldwide apparel and footwear market is expected to grow around 5% a year through 2030, reaching over 100 million tons of production and $3.3 trillion USD in value.

There is a glimmer of hope. Many big brands and companies are stepping up and setting ambitious greenhouse gas (GHG) reduction targets that are in line with what the latest climate science says is needed to keep global temperature rise between 1.5°C and well-below 2°C.

Just today, Burberry and PUMA became the latest of 12 major apparel and footwear companies to announce that their targets have been validated by the Science Based Targets initiative (SBTi). Almost twenty more major companies in the sector are committed to doing so.

While many apparel and footwear companies are motivated to do their part to prevent catastrophic climate change, they face numerous challenges. Today, World Resources Institute and the SBTi released new guidance for companies in the sector—including retailers, brands, finished goods manufacturers, and mills—with recommendations on how to set science-based targets and case studies on best practices in target setting and strategies for achieving reductions.

1. The supply chain is key to reducing emissions

Companies can set the most aggressive reduction targets for emissions from their own operations (i.e., scope 1 and 2 emissions), since this is where they have the most control. For example, Burberry’s new science-based target includes an ambitious goal to reduce emissions from their stores, offices, and internal manufacturing and distribution sites 95% by 2022, compared to 2016.

However, the largest source of emissions for most apparel and footwear brands is the supply chain. Often described in tiers, the supply chain includes every stage between the extraction of raw materials (like cotton, leather and polyester) to when the finished product is assembled. This means that to truly make a dent in their carbon footprint, brands must look at supplier activities in tiers 1-4. 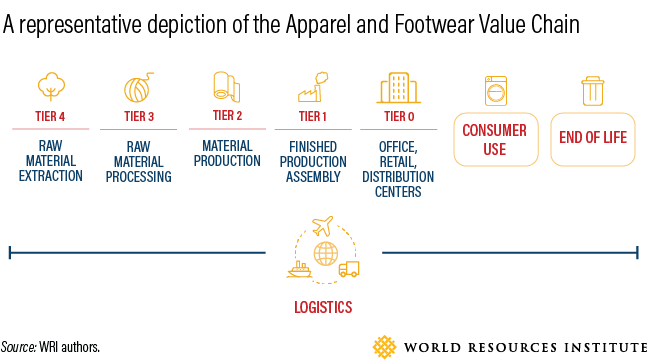 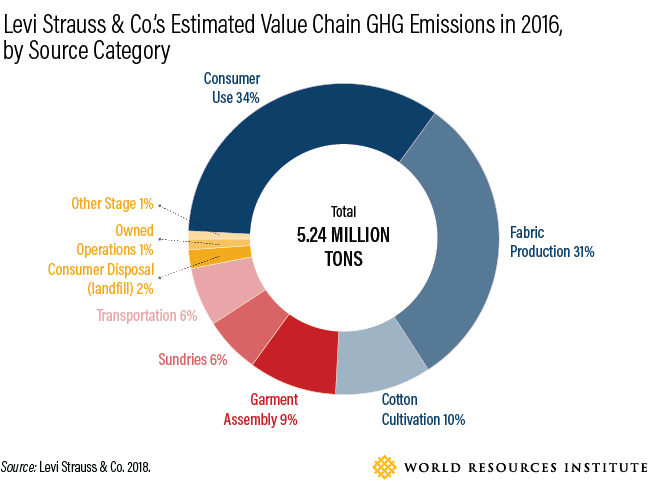 2. Massive collaboration across the supply chain is needed

Since apparel and footwear suppliers usually serve multiple customers, brands and retailers can have limited ability to individually influence suppliers. To get suppliers to change, companies will have to come leverage their influence together with fellow sustainability-minded peers to pursue common goals.

For example, the Apparel Impact Institute’s Clean by Design program (previously run by the Natural Resources Defense Council) leverages the buying puchasing power of apparel retailers and brands to clean up factories in their supply chains and promotes a 10-step process to save water, fuel, and electricity in the dyeing and finishing process.

There are several significant industry platforms that could spur this much-needed collaboration. French President Emmanuel Macron recently appointed Kering’s CEO François-Henri Pinault to bring together a group of brands to set unified sustainability goals ahead of the G7 summit in Biarritz this August. The Fashion Industry Charter for Climate Action, of which Burberry and PUMA are founding signatories, was launched in 2018 at COP 24 and brings companies together to achieve shared sustainability goals, including the vision to achieve net-zero emissions by 2050.

Brands and retailers also need to work with their suppliers in emerging economies to support them in aggressively deploying energy efficiency and renewable energy. 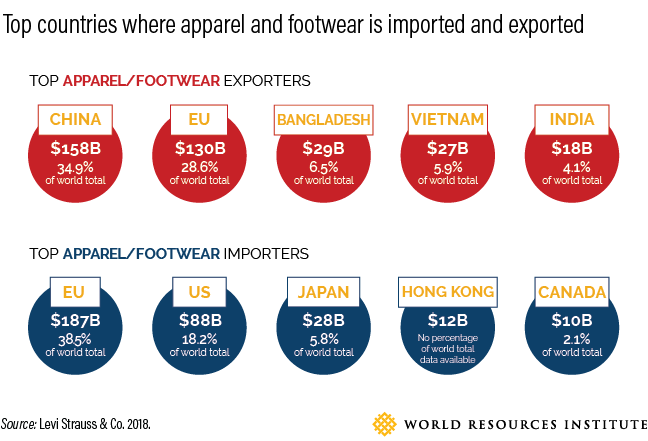 Caption: The apparel and footwear sector is a significant economic force in a number of emerging economies.

For example, through its Energy and Carbon Program, which is active in more than 15 countries, Nike works directly with contracted factories on how to reduce energy use. Nike is now focusing on driving adoption of renewable energy, including by engaging with governments and policymakers to advocate for policy that lets manufacturing factories directly source renewable electricity from local power utilities.

Supplier engagement targets can also make a bold statement and set the direction for its business units to act. As part of its science-based target, Target Corporation set a goal to have 80% of its suppliers (by spend, covering all purchased goods and services) set science-based scope 1 and scope 2 targets by 2023.

Brands and retailers can also play an important role in helping suppliers overcome financing barriers. Levi Strauss & Co. (LS&Co.) is expanding the Partnership for Cleaner Textiles (PaCT), a public-private partnership that provides suppliers with technical expertise and access to low-cost financing to support sustainable energy and water investments. LS&Co. also has a program which provides suppliers with access to low-interest trade financing based on how well they score on LS&Co.’s Terms of Engagement (which includes energy efficiency and energy type).

When developing a full value chain GHG emissions inventory and determining where to focus reduction efforts, companies often use a combination of supplier-specific activity data (where available) and secondary data to fill in data gaps. Sources such as Higg Materials Sustainability Index and World Apparel Lifecycle Database can be useful in the absence of primary data from upstream suppliers.

However, when it comes to tracking progress towards targets in the supply chain, high-quality supplier-specific data is needed. Brands and retailers often have limited ability to gather data from suppliers—they may not have enough influence, and suppliers may not be able to trace the commodities they buy to a specific farm. Even when commodities are traceable, it is uncommon for some producers, such as farmers, to collect their own emissions data.

That’s why collaboration and knowledge-sharing to promote transparency and traceability through partnerships and open-source tools matter. For example, Espirit, Gap, Inditex, New Balance, PUMA and Target are openly identifying their Chinese suppliers on a map that visualizes real-time and historical trend data on air pollution, soil contamination and wastewater for more than 15,000 major industrial facilities.

Time to work together

Setting a science-based target is the best way for companies to ensure that their goals are in line with what the latest science says is needed prevent the worst impacts of climate change. Our new guidance makes this more accessible than ever for apparel and footwear companies.

To achieve the needed reductions at the scale and pace required by science, however, companies will be much more successful if they can work together with innovators, investors and each other.

By Cynthia Cummis and Yelena Akopian