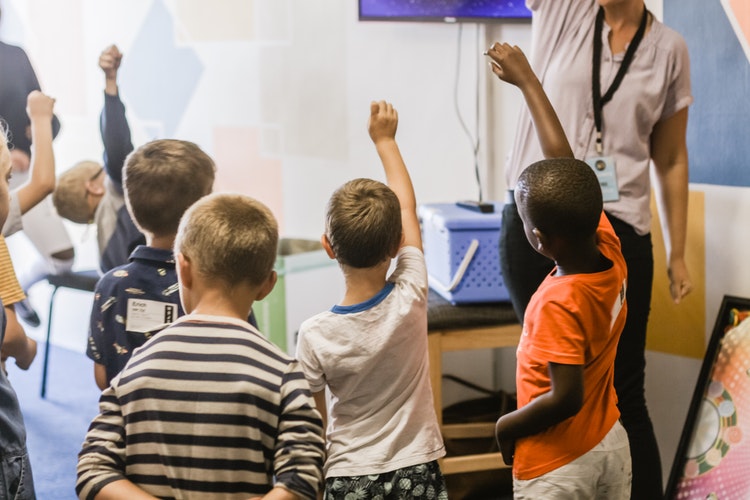 Many schools now routinely include climate teaching. A British teacher says her profession should tell the full story as directly as it can.

LONDON, 4 July, 2019 − There’s no escaping climate teaching. Gone are the days when the core curriculum at most schools used to consist of reading, writing and ’rithmetic, and not an awful lot more. It’s increasingly rare today to find any that don’t include the facts of life in this warming world.

But, as global youth concern over the deepening crisis manifests itself in the protests of Fridays for Future, which has earned the backing of leading climate scientists, how do teachers fulfil our obligation to encourage pupils to treat the climate as responsibly as it deserves?

The past twenty years in primary and tertiary education have taught me that the answer is, and always has been, quite simple; we must keep the content real and we must teach honestly.

That means doing away with tokenistic “eco weeks” or days, and embedding climate change teaching in the day-to-day reality of core subjects.

There’s no doubt that special days and events are fun to do and a welcome break from teaching to the test that is becoming ever more prevalent. But they become meaningless if the message and seriousness of taking action on climate change is forgotten, or if old habits prevail.

When I saw my son learning about “rainforests” in the way I had thirty years previously, our profession’s responsibility struck home to me.

It’s not OK to treat these topics − “oceans”, “rainforests”, “habitats” or whatever − as cute little projects that end in a good assembly or great classroom display, or to have litter-picking days and then ignore our children as they emerge from the cinema leaving a trail of popcorn boxes and cups for others to clear up.

That’s not teaching that’s real and honest. But there are many resources to help us make it so.

Perhaps one of the greatest sources of support comes from organisations such as Survival, World Wide Fund for Nature, Sustainability and Environmental Education,  Greenpeace, Oxfam, and the magazine New Scientist.

“Unless someone like you cares a whole awful lot, nothing is going to get better. It’s not”

There’s an argument that if our actions support people, then they will protect their environment. Survival is a great example of this. It supports indigenous people living in many threatened areas. As teachers in a small international school in Malawi, we wondered how to ensure our teaching about rainforests was indeed real and honest. We used Survival’s bank of videos and joined their campaign to support the Awá tribe of Brazil. We told the children their letters mattered and that we would send them. We did.

Half a year later, when we received an email from Survival thanking all of its supporters and sharing the good news that the forest home of the Awá was safe from loggers, we were thrilled.

The children realised they had the collective power to act and support fellow human beings on another continent. The intention to educate responsibly, the implementation through research, discussion and formal letter-writing, all made an incredible impact.

A second wonderful resource comes from every teacher’s favourite – the book. It is stories that make us human and give us that safe place to explore, question and reason.

Take Dr.Seuss’ The Lorax, in which he reminds us: “Unless someone like you cares a whole awful lot, nothing is going to get better. It’s not.” This was written in 1971, so it lends itself to examining why we are now reaching crisis point in 2019, even though warnings about how our behaviour is affecting our planet were resounding decades ago.

The Morningside Centre for Teaching Social Responsibility  has a list of further fictional texts to explore climate change in the classroom. I’d also recommend Lynne Cherry’s The Great Kapok Tree, which could allow the use of drama and music to explore the impact of individuals on the planet.

As the arts become more and more sidelined, it’s important to remember just how they help to deliver messages about tackling issues. The rising movement of protest choirs is a great place to start looking at how language and music can combine to make a point peacefully, non-violently but powerfully.

Finally, don’t forget the numbers. Those we bring into the classroom should be real and meaningful too. Striking infographics can help to tell the story for you, supporting the teaching of mathematics in greater depth, or providing a vivid portrayal of how concerned about climate change different countries are.

Our children’s and young people’s worries about climate change are justified. As their teachers, we’re privileged to empower them further. Keeping our teaching real and honest matters: there’ll be no point in passing exams if there’s no planet where they can live out their dreams.

The world’s young people have already worked this one out. Let’s take our role seriously and help them to help everyone make the changes that we so urgently need.