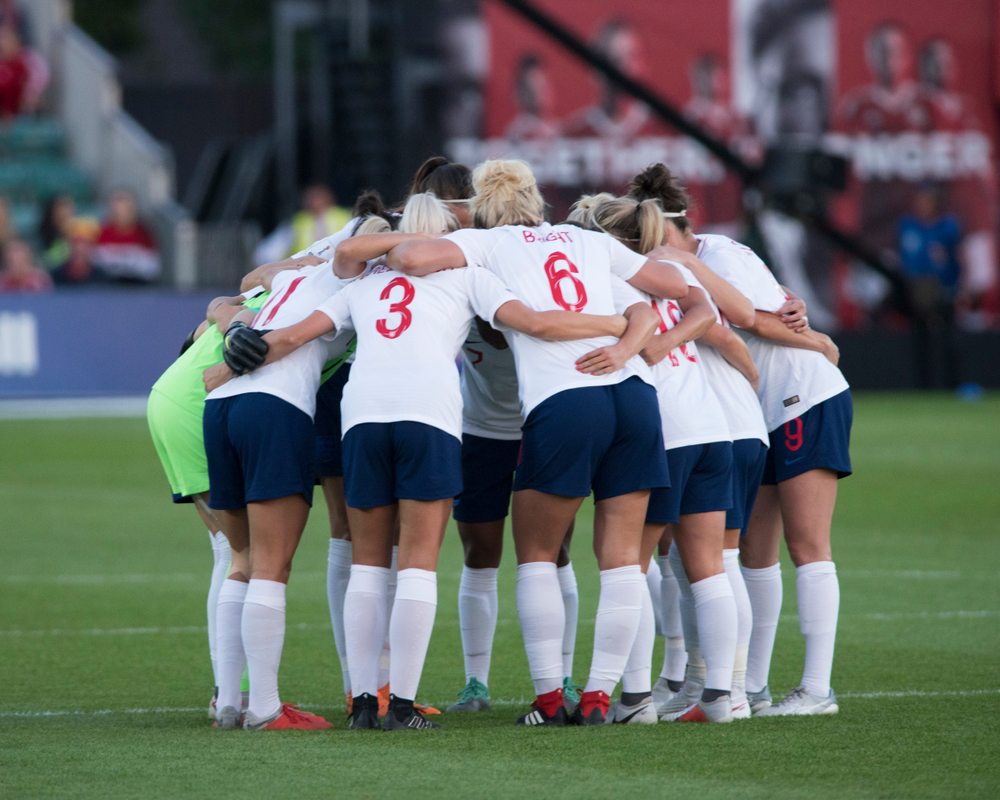 Few events in women’s sport generate more attention than the football World Cup. Around 750m people watched the last tournament and, in June, France will host the 2019 competition, featuring the defending champions from the US.

But the American team’s battle off the pitch may reveal more about the state of women’s football than match day performances. In March, the squad filed a lawsuit against USA Soccer, the governing body of the sport in the country, alleging gender discrimination. The vast pay gap between the men’s and women’s teams – despite the women consistently outperforming the men and generating more revenue – is just one aspect of the legal undertaking.

The squad is arguing for more than a pay raise. Its members want increased support for developing youth football, promoting the game and better pathways for women in international leadership roles. These factors are critical to the future success of the sport and improving opportunities for girls and women to benefit from participation.

This struggle extends far beyond one team, one sport or one country. It forms part of a much wider movement for equal rights across all levels of sport, human rights and politics.

In February 2019, an important step was taken when the United Nations Education Scientific and Cultural Organisation (UNESCO) and the Swiss government agreed to carry out a feasibility study into the creation of a new “global observatory” for women and sport.

A global observatory (a source of information, analysis and activism) would help align several parallel movements: the UN’s overall efforts to promote gender equality, its sustainable development goals in low and middle income countries, and the ongoing struggle for girls and women in sport.

For decades, these complementary movements have helped advance social change around the globe, working to make the world into a more inclusive space. Yet at the pinnacle of women’s sport, the best athletes are undeniably treated as lesser beings.

Yes, there are differences in popularity and revenue in elite sport, but how sports make profit is complex and gendered. Nevertheless, it is hard to argue against improving opportunities for girls and women to simply play sport for health, social inclusion and recreation.

The global observatory would aspire to identify these inequalities, analyse them, and advocate for change. Yet gender equality initiatives often languish in review, debate and endless contemplation.

In the 1970s, the Olympic system was slowly (and controversially) expanding opportunities for women. The UN also began considering gender equality, and in 1979 adopted an international treaty, The Convention on the Elimination of all Forms of Discrimination Against Women (CEDAW).

Essentially a bill of rights for women that prohibits discrimination by sex, it has been ratified by 189 countries. (The US is one of seven countries which have not ratified CEDAW – alongside Iran, Somalia and South Sudan.)

Various groups pressed on for greater social change, but it wasn’t until the 1994 international conference on women and sport that the Brighton Declaration was drafted, which has served as a road map for gender equality in sport. At Brighton in England, the International Working Group on Women and Sport (IWG) was born, becoming a leading voice for gender equality in sport and a UNESCO partner.

Another push came after the 2004 Olympics, when a UNESCO group of ministers for sport first proposed the global observatory. But the call stalled for years until it was revived in 2017. Then, in April 2019, the Swiss government agreed to conduct the feasibility study.

The marathon of gender equality

Progress has been slow, and it will be one of the tasks of the observatory, when it is finally formed, to understand why.

Justice delayed is justice denied – especially in sport, when a month’s hiatus can destroy a life long dream such as competing at the Olympics. Olympic champion Caster Semenya is currently prevented from competing by a ruling which would force her to take hormone suppressing drugs. Her battle is far from over. More broadly, each delay represents opportunities lost for girls and women the world over.

Swiss support in moving the gender and sport agenda further is a valuable step forward. Switzerland is also the place where the UN (in Geneva) and the international world of sport meet (Lausanne is home to the International Olympic Committee and many international sport federations). An observatory for women and sport in Switzerland could become a nexus for sport, gender equality and human rights.

All of this matters beyond sport. Systematic inequalities in sport have a major impact on people’s lives and reflect diverse social, economic and political inequalities.

The observatory should be the platform that monitors, advocates and ensures equality in sport – and beyond. If it does that, everyone will benefit. As Benjamin Franklin once said: