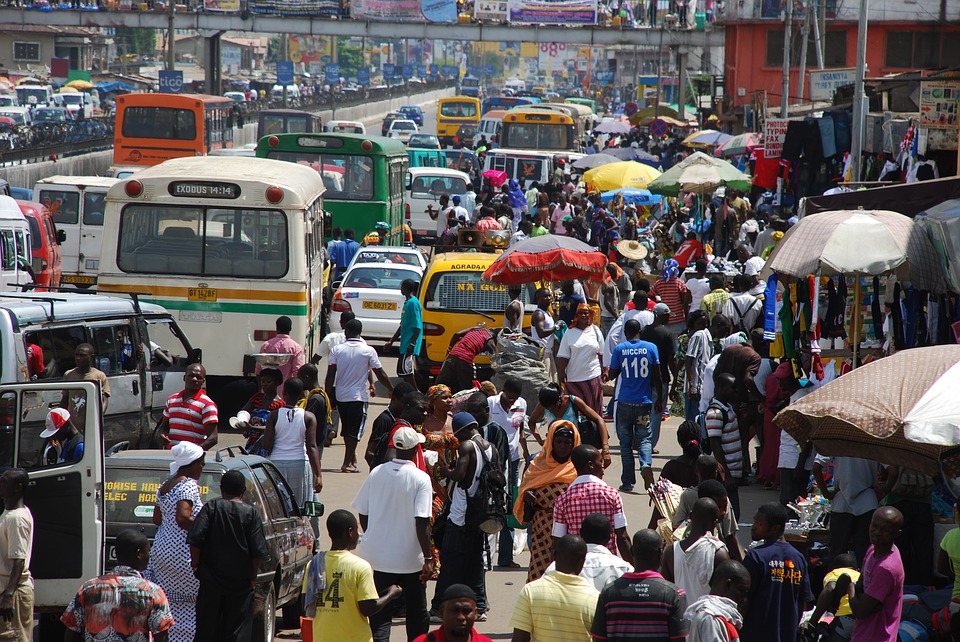 Over the next 16 years, all of the world’s 10 fastest growing cities are going to be in Africa. If this growth is a process of people voting with their feet, as last year’s winner of the Nobel Prize in Economics Paul Romer once put it, these cities are winning.

Yet urbanisation in many developing countries, particularly in sub-Saharan Africa, is not delivering the benefits of people and firms clustering together. Historically, cities have been the drivers of productivity and engines of economic growth. One key factor preventing this potential from being unlocked is how cities are governed. It matters who makes the decisions and how they do it. It also matters how the decisions are subsequently implemented.

Cross-city experiences, which we detail in our newest policy paper, have shown that tangible policy options which target underlying institutions can lead to better governance outcomes.

We highlight three elements of the institutions of urban governance: allocation of responsibility, capacity, and legitimacy.

First, the most effectively run cities have institutions with clearly defined mandates. Take Cairo. The city has 18 government entities and four parastatal agencies, leading to overlapping and missed mandates. This fragmentation has affected the overall efficiency and operation of Cairo’s transportation system, which relies heavily on private cars and taxis. The result has been widespread congestion. Many trips take more than double the time they would if the traffic flowed freely.

Clearly defined responsibilities and mandates can be achieved through several approaches. The most powerful way of dealing with fragmentation is by creating a single agency responsible for a service or policy decision. To overcome fragmentation, the government of Lagos in Nigeria created an agency to coordinate the work of all transport-related entities. The Lagos Metropolitan Area Transport Authority also awards concessions and levies transport user fees. And it manages major arterial roads throughout the metropolitan region.

This institutional change has improved the clarity of functions in Lagos, paving the way for tangible improvements the city’s transportation. For example, the transport authority has worked with the World Bank to improve the city’s bus service. This included the implementation of a pilot bus franchise scheme along the Iyana-Ipaja-Ikotun corridor, which carries more than 100 000 people every day.

However, the creation of a single entity may not always be feasible or desirable. Softer governance arrangements, such as coordination committees, may sometimes be required. These committees can be temporary, formed and run only when required and subsequently disbanded. Or they can be more permanent. Medellin in Colombia has a committee responsible for integrated housing planning. It brings together the heads of the city’s planning, housing, environmental and public works departments to streamline policy on housing.

The Kampala Capital City Authority established a directorate to collect revenue. It was set up separately from the Directorate of Finance. Through this, the city authority was able to dedicate sufficient human and financial resources to revenue collection. As a result, it increased its own-source revenue by nearly 200% in four years.

Other options that may be easier to implement than full institutional reform include establishing strong internal coordination mechanisms to manage programmes and projects. For example, in 2013 Baghdad’s Deputy Mayor created a steering committee to improve the city’s sewerage system. The committee brought together various senior city staff and helped improve the timeliness and overall streamlining of decision making. This contributed towards significant improvements to the city’s sewerage network, including a new competitive bidding system and higher citizen satisfaction.

Thirdly, effectively making and implementing decisions requires sufficient legitimacy. Legitimacy can be derived from predetermined procedures, like elections. But elections can be difficult to organise and can be very costly.

There are other ways of building legitimacy. These include participatory budgeting. This has been used extensively by municipalities in Brazil. After a series of consultation processes with citizens, the final municipal budget is determined based on priority rankings of projects, considering their technical and financial feasibility. The city isn’t legally bound to invest in the projects selected. Nevertheless the mechanism creates an established channel for identifying priority projects for people. And evidence shows that participatory budgeting does affect municipal spending patterns.

Simply improving public communication can also be a useful and potentially more cost-effective option for building local legitimacy. It can generate public buy-in as well as acting as a mechanism for the municipal government to receive feedback. It can also be a powerful way to increase compliance. For example, Lagos increased tax compliance on business-related taxes by working on its direct relationships and improved communication with the city’s key private sector associations. This led to an increase in business-related taxes. These rose from an estimated 30-40% in 2005 to over 80% by 2015 among large companies.

Urbanisation provides a important opportunity for unlocking economic growth. The challenge for urban leaders is how to effectively govern rapidly growing cities. This requires that critical decisions are made and implemented in a timely manner, and are supported by the majority of citizens.