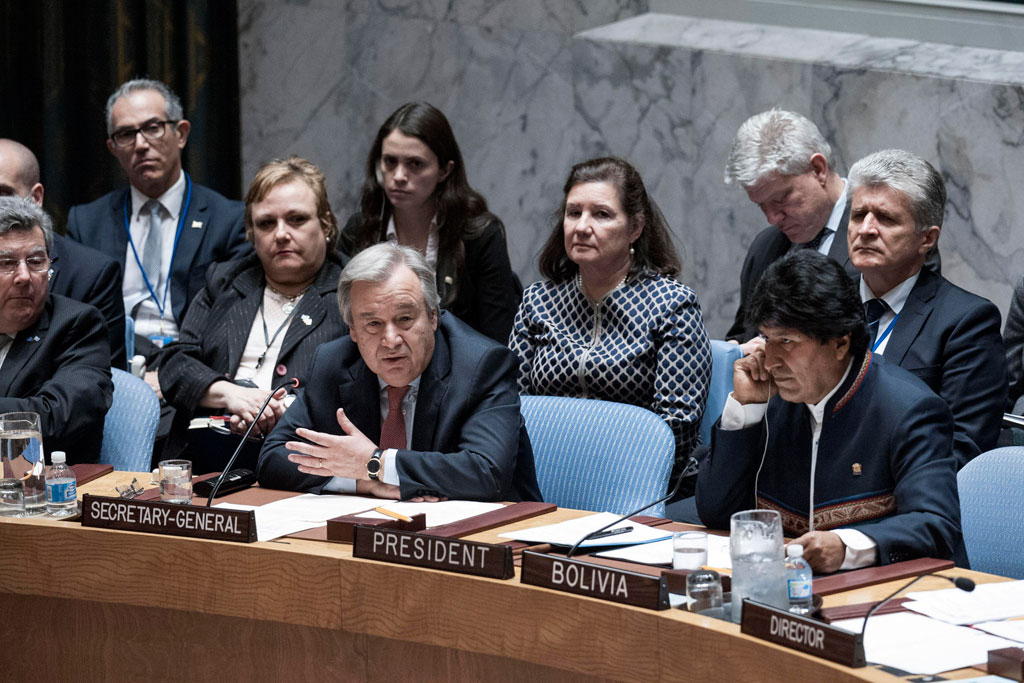 This article was originally published on UN and is republished with permission.

6 June 2017 – Stressing the importance of diplomacy to prevent and resolve trans-boundary disputes over water resources, Secretary-General António Guterres today told the United Nations Security Council that water serves as “a catalyst” for cooperation among nations, even those that are not on good terms.

“Water, peace and security are inextricably linked,” said Mr. Guterres during a meeting on preventive diplomacy and trans-boundary waters, which was chaired by Evo Morales, President of Bolivia, which holds the Council’s presidency for the month.

“I commend this Security Council meeting for highlighting how water is and should remain a reason for cooperation not conflict,” Mr. Guterres added.

With climate change having a growing impact, water scarcity is a growing concern, he pointed out, noting that by 2050 at least one in four people will live in a country where the lack of fresh water is chronic or recurrent.

Three-quarters of UN Member States share rivers or lake basins with their neighbours. There are more than 270 internationally shared river basins, which serve as the primary source of fresh water for approximately 40 per cent of the world’s population, including the Nile, the Indus, the Ganges, the Euphrates-Tigris, and the Mekong.

“That is why it is essential that nations cooperate to ensure water is shared equitably and used sustainably,” he said.

In the second half of the 20th century alone, some 287 international water agreements were signed.

In South America, Lake Titicaca, the largest freshwater lake on the continent, has long been a source of cooperation between Bolivia and Peru. The 1960 Indus Water Treaty between India and Pakistan has survived three wars between the two countries.

The Albufeira Convention, agreed when Mr. Guterres was Prime Minister of Portugal, continues to promote good relations on water management between his country and Spain.

The Convention on the Protection and Use of Transboundary Watercourses and International Lakes became open for all UN Member States as of March last year, offering the opportunity to create a global framework for preventive diplomacy for dealing with transboundary water issues.

“Let us commit to investing in water security to ensure durable peace and security for all communities and nations,” he concluded.