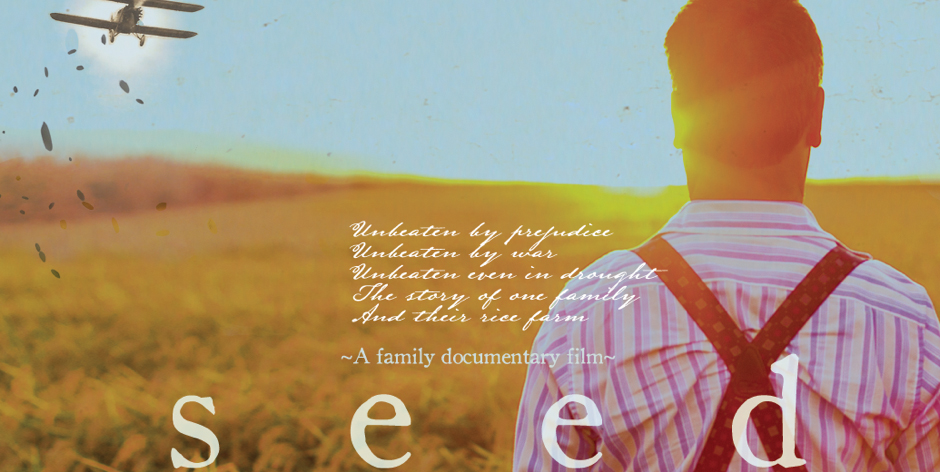 Film is incredibly democratic and accessible, it’s probably the best option if you actually want to change the world, not just re-decorate it. – Banksy

A Movie is a strong medium of spreading a message to millions of people around the world. Each movie presents a different message, equally important than the first. Here we have a list of movies that talks about a stable commodity in our kitchen, Rice. Rice is the staple food of many people around the world and one of the most important source of food that helps in alleviating hunger. It is important to understand that rice agriculture affects the economies of many developing countries, provides livelihoods for millions of people globally and also have certain environmental and social impacts. Therefore, sustainable rice farming practices is a step towards the UN Sustainable Development Goals of achieving sustainable agriculture, working towards alleviating poverty and hunger as well as sustainable and responsible production and consumption. 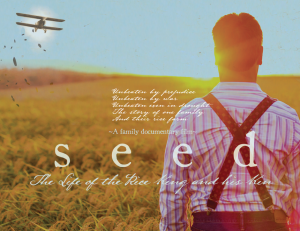 This is a family documentary about Keisaburo Koda, also known as the “Rice King”. At the age of 15, Keisaburo was inspired to go to America in pursuit of the America Dream. However, Keisaburo had to go through many failures and hardships. It was then that he embarked on his familial roots in Japan, of rice farming and started Koda Farms. Utilizing his unique innovative ability, Keisaburo developed a new technique of sowing seeds from the sky, resulting in a high quality produce. It was only until World War II when the President’s Executive Order 9066 forced Americans of Japanese Origins to live on camps where they had to face unimaginable challenges. When the War ended, Keisabura and his family returned to the rice farms to find it completely ruined. Keisaburo was determined to bring back the American dream and assigned the reconstruction of the farms to his sons while he worked on improving the welfare of the Japanese Americans facing discrimination. The documentary tells the story of perseverance, passion and hard work.

2. One Day in the Life of a Rice Farmer 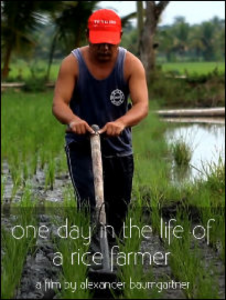 One Day in the Life of a Rice Farmer is a film that documents the entire process of rice farming. This documentary follows the life of a rice farmer as he goes about his day of work. It provides a glimpse into the tedious, manual and hard work that goes into the process of rice farming. It shows how the farmers treat the animals, highlighting the importance of every one of the entities involved in this self-sustaining process. 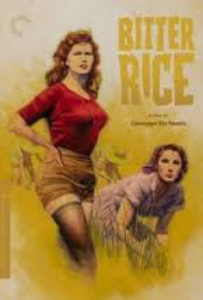 In this movie, two small time thieves, Francesca and Walter attempts to hide amongst a group of female workers headed towards the rice fields of the Po Valley. While on the train, the pair runs into Silvana, a peasant rice worker who introduces them to the farmer’s way of life. Before the end of the farming season, Walter attempts to carry out a heist and steal a huge amount of rice from the fields with the help of Silvana. Francesca stops the heist and proceeds to confront Silvana with a gun. Silvana convinces her that she has been manipulated by Walter and then kills him with her gun. Silvana was overcome with guilt and she soon turns the gun on herself and commits suicide. They then pay tribute to her by sprinkling rice on her body. 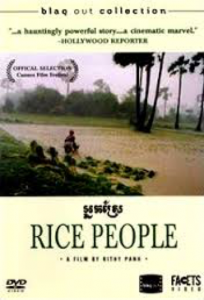 Rice People is a Cambodian drama film and tells the story of a rural family’s struggle to bring in a single season’s rice crop, during the communist reign of Khmer Rouge. A generation of children is unaware where rice comes from and they think that Rice only comes from sacks unloaded from trucks. In these uncertain times, the Cambodian family is attempting to grow Rice. Pouev is determined to grow rice while his wife, Om, is concerned for his well-being. Her fears are multiplied when her husband dies of an infection and the pressures of the Rice farms and the death of her husband leads to her being locked up for her mental illness. Finally, the burden of running the Rice farms as well as taking care of her siblings, fall on the eldest daughter of the family.

Rice is life is a documentary about rice and its cultivation based in the Mekong Delta in Vietnam. It is coupled with the daily struggles in the life of the Rice farmers as well as weave a story about the connections of various aspects like water, boats, houses, markets and people who together form the important system involved in the cultivation of rice. This documentary is aimed to inform people and generate awareness about the important process behind the production of rice.