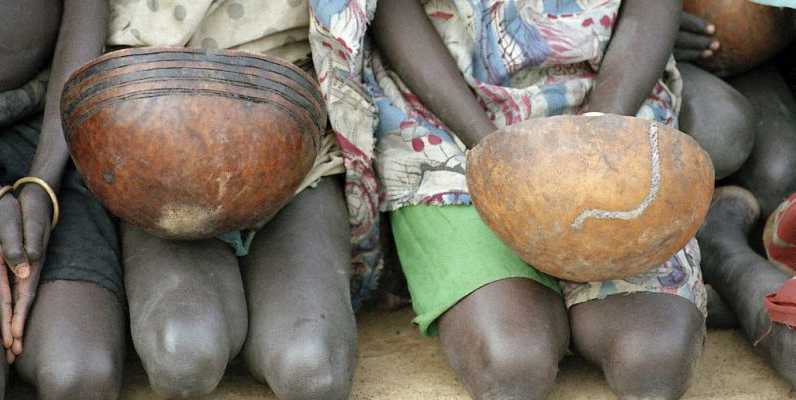 This article was originally published on Climate News Network and is republished with permission.

Indian Ocean climate phenomenon is identified as a major factor in the drought threatening widespread famine around the Horn of Africa.

LONDON, 13 April, 2017 – The figures from the UN and other agencies are grim in the extreme: in East Africa, 16 million people are facing starvation as famine bites; in Yemen, across the Gulf of Aden, another 12 million are in urgent need of what aid agencies describe as life-saving assistance.

Successive years of drought have caused crops to fail, while hundreds of thousands of livestock have died – and research implicates a climate cycle in the Indian Ocean that is similar in effect to El Niño in the Pacific Ocean.

“We are facing a tragedy,” says Antonio Guterres, the UN Secretary-General. “We must avoid it becoming a catastrophe.”

Conflict in many areas, changes in land use and an abandonment of traditional farming practices are all factors contributing to the suffering of millions of people facing drought and famine.

But changes in climate – in particular, alterations to the sea surface temperatures many thousands of kilometres from the Horn of Africa – are also central to the humanitarian disaster now unfolding across the region.

The Indian Ocean dipole is a climate phenomenon that usually occurs every two years. It is the difference in sea surface temperatures between areas in the eastern Indian Ocean off Indonesia and waters in the western part of the ocean, in the Arabian Sea, off the Horn of Africa.

Dr Robert Marchant, reader in tropical ecosystems at the University of York, UK, has made an extensive study of the dipole – first identified by a team of Japanese researchers in the late 1990s.

“Like El Niño, the dipole is an important influence on weather across a wide region,” Marchant told Climate News Network.

“At present, we are coming out of a particularly strong dipole event, with the sea off Indonesia about 1°C warmer than waters a few thousand kilometres to the west off the Horn of Africa.”

Relatively small differences in water temperatures across such areas of ocean can have a big knock-on effect, says Marchant. Warmer waters in the eastern Indian Ocean have meant there’s been a lot more cooler, moist air in the atmosphere in that region, and this in turn affects wind patterns.

“Wind is simply the atmosphere trying to even out differences in temperature, density and pressure,” Marchant explains.

“As part of this equalising process, a warm, dry wind blows eastwards from Africa across the ocean, keeping vital rains away.”

Changes in climate are likely to exacerbate warmer, drier conditions in the Horn of Africa.

Adapting to these changes in climate is not easy for millions of people living on or below the poverty line.

In the past, many people would lead a nomadic or transhumant (semi-nomadic) lifestyle, herding animals over long distances in search of fodder and water. But traditional migration routes are now often blocked by border checkpoints or conflicts, and by fences round privately-held land.

Cash crops, such as flowers in Kenya or the mildly narcotic plant qat in Yemen, are further draining already severely stressed water resources.

Dr Marchant says one way of trying to tackle the drought and famine conditions is to move away from drought-sensitive crops such as maize – introduced into East Africa in the 17th century – and instead plant indigenous, hardier crops, such as sorghum and cassava.

In the past, climate scientists suggested that although climate change in the Horn of Africa and surrounding region would cause temperatures to rise, this would be compensated for by increased rainfall.

But a recent study based on sediment cores going back thousands of years, extracted from the Gulf of Aden, contradicts this view.

It indicates that in periods of the Earth’s history when it was colder, the Horn of Africa was wetter – and was drier when warm conditions prevailed. – Climate News Network