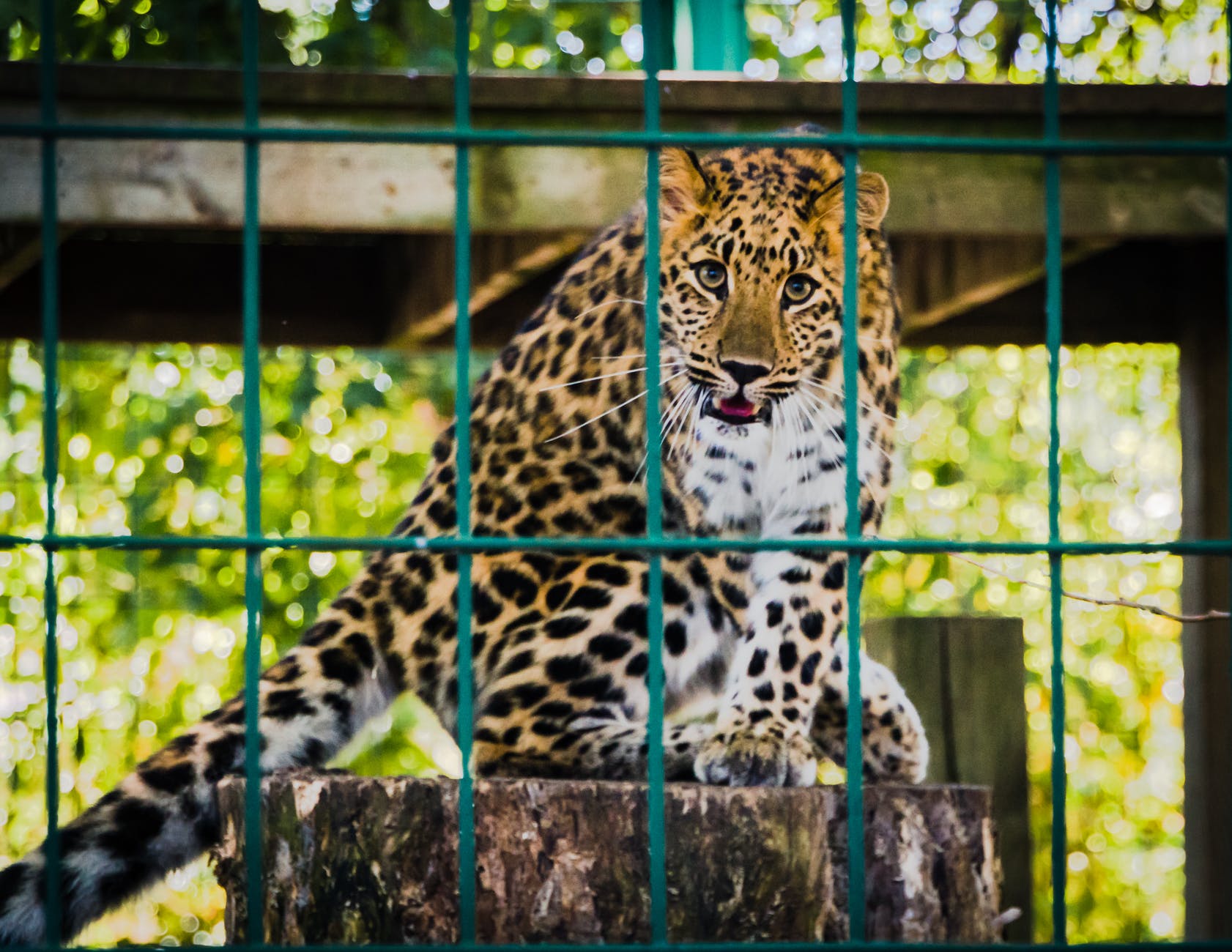 It might seem harmless enough at first. The big eyes and the rambunctious, bounding play of the tiny cats and monkeys on your social media feed draw you in, and you think, I could take care of one of these adorable little animals.

Reaching an audience of thousands of potential buyers is just one of the benefits that wildlife traffickers like Kejora Pets in Peninsular Malaysia reap when using social media. It also helps them cloak their identity and dodge the law while satisfying the demand for animals that have been plucked from their forest homes. But the sale of these animals as pets threatens their survival in the wild, conservationists say.

“It’s totally illegal,” Benoît Goossens, a wildlife biologist and director of the Danau Girang Field Centre in East Malaysia, said of the operator behind Kejora Pets. The details of the business model remain hidden, but with no breeding centers for many of the animals Kejora posts on social media, “He’s obviously getting all these animals from the wild,” Goossens added. A social media post offering a baby slow loris and other wild animals for sale as pets. Image courtesy of Anonymous.

Members of Malaysia’s conservation community have been monitoring Kejora Pets for several years. They periodically report the posts advertising the protected animals that the purveyor is offering for sale to the Department of Wildlife and National Parks Peninsular Malaysia, known as Perhilitan. They say they’ve provided Perhilitan with the operator’s social media contact information and a bank account number from transactions at MayBank, the country’s biggest lender, and Perhilitan has said that they’re investigating the matter. But Kejora’s posts with new animals for sale have continued to surface through a variety of social media outlets.

“How long do you need to monitor someone who is selling wildlife online?” Goossens said.

A quick glance at the Kejora Pets feed reveals a veritable ark of wild animals from the forests of Malaysia: slow lorises, eagles, owls and leopard cats, among others. Many of the species Kejora offers for sale are protected under Malaysia’s Wildlife Conservation Act of 2010, making it illegal to have them. But sources say the law in Malaysia doesn’t make it easy to pin down offenders like Kejora who operate at the murkier fringes of global social media platforms like Instagram and Facebook. According to Mongabay’s interviews, the operator of the business — it’s not clear who runs it or if it is a single person — uses a variety of tactics to stay one step ahead of authorities and exploits a loophole in the Malaysian wildlife law.

Kejora Pets, according to one source who requested anonymity, is “definitely one of the biggest players in Malaysia at present.” According to one of the operator’s Facebook pages, the operation is based in the town of Sungai Buloh, northwest of Malaysia’s capital city, Kuala Lumpur. Sources say they believe the owner likely has a network of hunters in communities throughout Peninsular Malaysia who shuttle in animals they can opportunistically poach from the forest. Mongabay’s attempts to reach a representative of Kejora Pets by phone, WhatsApp, Facebook and Instagram for comment went unanswered. Screenshots of conversations show that this dealer uses Facebook, Telegram, Instagram and, until recently, WhatsApp (authorities apparently shutdown Kejora’s access to the popular messaging app) to connect with potential customers. The “kejorapets.official” Instagram account boasts 4,591 followers. It includes the description, “supplier rare pets,” and advertises delivery in Peninsular Malaysia. But the account owner hasn’t posted a single photo on the image-focused service. Instead, it appears that this account exists solely as a way to get in touch with the owner. The hashtag #kejorapets is a different story, with 1,440 posts of plaintive-looking exotic animals.

One Facebook post by a user going by the name Kejora Amsyar advertises a baby male dusky leaf monkey (Trachypithecus obscurus), a fuzzy, orange-haired species that’s listed by the IUCN as near threatened and lives only on the Malay Peninsula. The price listed is 750 ringgit, or about $180, and the ad also indicates that the animal is ready for delivery.

Baby gibbons are a popular “pet” for sale. Many species of this ape are threatened with extinction as the forest canopies where they reside have disappeared in Malaysia and throughout Southeast Asia in recent decades. And Goossens said that capturing a baby gibbon usually requires killing the parents.

Screenshots of recorded online cash transfers obtained by Mongabay show an account number for one “Amsyar Imani Bin Ahm,” the listed beneficiary. Sources believe that once a customer places an order, the dealer behind Kejora Pets then uses a network of independent couriers and even public transportation to deliver animals to buyers. A baby gibbon for sale by Kejora Pets. Image courtesy of Anonymous.

The cost to wildlife

Not only does this trade encourage the removal of rare and endangered species from the wild, but the animals are likely going to homes that they’ll quickly outgrow, leaving their new owners befuddled as to how to care for them. Reports of confiscated exotic animals, including one instance where Perhilitan staff found four eagles and a baby saltwater crocodile, are common in the Malaysian press, as are stories of apparent releases by owners who can no longer take care of their animals: In February, another saltwater crocodile turned up in a landlocked lake not far from Kuala Lumpur.

The monitoring network TRAFFIC published a report in 2018 examining the use of Facebook in the wildlife trade in Peninsular Malaysia and found a staggering 80 species for sale, 18 of which are native to Malaysia. More than 90 percent of those species are protected by Malaysian law in some way, and the Wildlife Conservation Act outlaws the trade of more than half of the species found for sale during the investigation.

TRAFFIC’s recommendations in the short and medium terms involve bolstering collaborations between social media outlets and the police and wildlife agencies responsible for enforcing the law. In 2018, several technology companies, including Google and Facebook, which also owns Instagram and WhatsApp, pledged to combat wildlife cybercrime.

But the sources who spoke with Mongabay, again on the condition of anonymity, say the wildlife law, passed in 2010, doesn’t mention social media. What’s more, in general, prosecution of sellers isn’t possible unless they’re found with a protected species in their possession. According to the sources, lawyers have tried using consumer protection or anti-money laundering statutes to prosecute people who advertise protected species, but they’re often referred back to the wildlife act. A leopard cat (Prionailurus bengalensis), one of the animals that Kejora sometimes offers for sale via social media. Image by Rhett A. Butler/Mongabay.

It’s possible the law could change to close the loopholes that make prosecution of trafficking online difficult, sources say, perhaps by the end of 2019.

But he cautioned that the law can only go so far in addressing the illegal wildlife trade, or any illegal activity for that matter. He pointed to laws designed to stamp out the drug trade. Countries including Malaysia have adopted some of the “most draconian laws you can imagine, and still it’s a big problem,” Crosta said.

Laws and enforcement activities also have to target the critical links in the chain that get the animals from the wild into the hands of buyers, he said.

Crosta said that worldwide most efforts are directed at the beginning and the end of that chain: Patrols work to root out poaching in these animals’ habitats, and on the demand side, campaigns encourage members of the public not to purchase animals from these sellers. But traffickers in the middle of the chain, like Kejora Pets, often aren’t targeted, he said, in part because it’s so difficult to police these players. Sources say that Perhilitan, as the country’s wildlife agency, has an “e-crimes” unit of perhaps three or four officers. The director of Perhilitan declined to comment at this time.

Crosta said that lifting the cloak of anonymity under which these traders typically operate involves hours and hours of data analysis — a pursuit that doesn’t attract the attention and investment that arming wildlife rangers or rolling out celebrity-backed public service campaigns do.

These efforts at either end of the trafficking chain aren’t likely to impact traders like Kejora, who, Crosta said, probably aren’t concerned when poachers are arrested or even killed in the field.

“This guy is a fish that is happily swimming in water that nobody is touching,” Crosta said. “It’s a very still pond.” Initially attracted by the “cuteness” of baby wild animals, new owners are often ill-equipped to care for them as they grow. Image courtesy of Anonymous.

Crosta said that more efforts should be invested in going after players like Kejora. “They’re the best chance to disrupt the network,” he added. “They enable the whole thing.”

But investigating these networks remains a challenge in Malaysia, as it does elsewhere. In addition to inadequate staffing levels, environmental and wildlife crimes aren’t seen as important as, for example, policing the drug trade, sources say.

The potential changes to the wildlife law in the pipeline could make a difference. But without treating environmental crimes with the same urgency and level of enforcement as other types of crimes, Crosta said he believes the trade will continue.