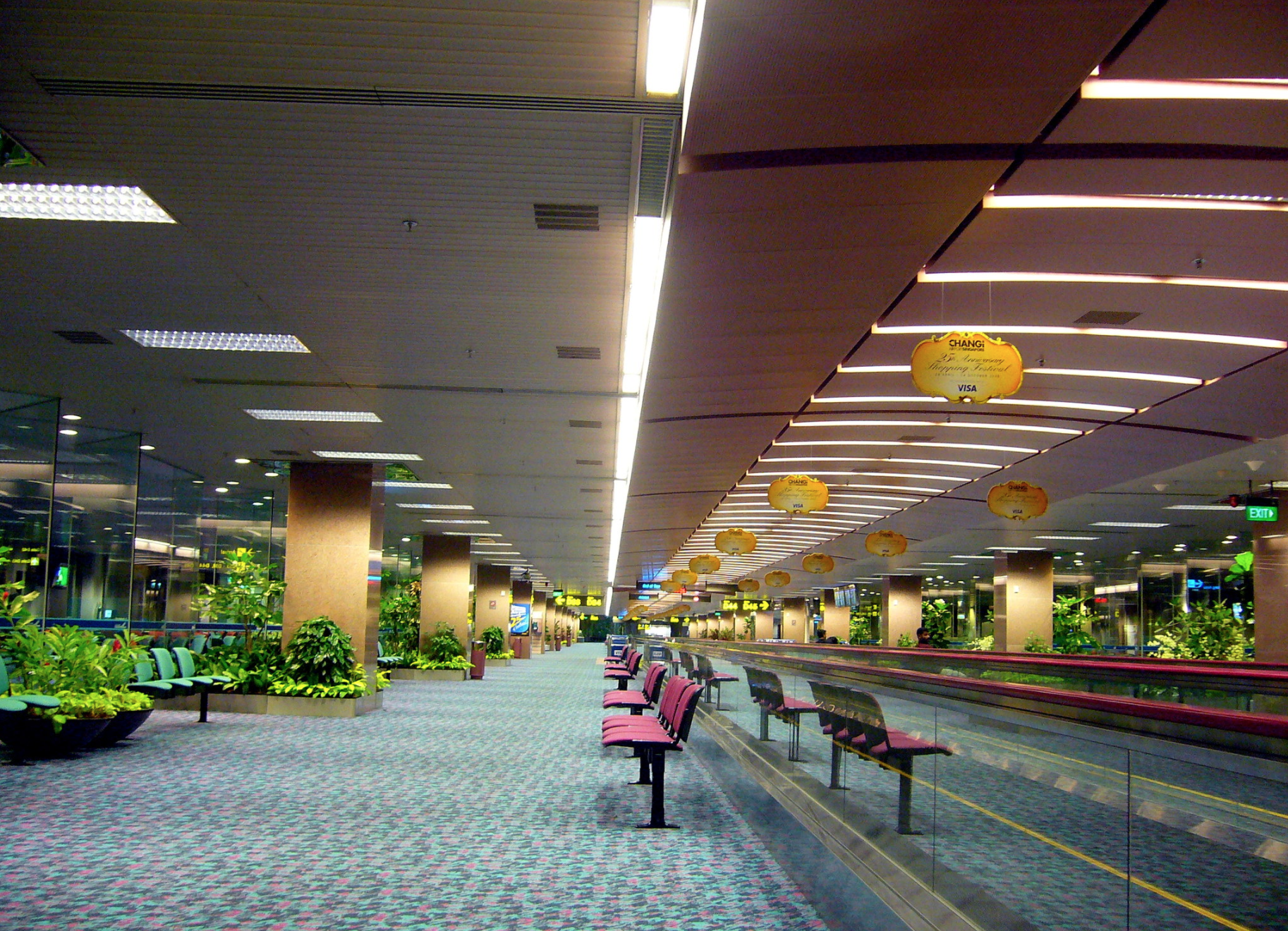 This article was produced and published by Cedric Choo from Global Initiatives.

The COVID-19 pandemic has been incredibly disruptive. Many countries have gone into lockdown to stem the spread of the virus, and economies are now struggling, in what the International Monetary Fund calls the worst economic recession since The Great Depression – an unprecedented situation in modern history.

Amid the pandemic, however, there is a silver lining. The twin phenomena of lockdowns and an economic recession has provided us with a rare opportunity for reform, by allowing us to interrogate dominant beliefs of how society should function while giving us room to implement policies that place us on a trajectory towards a more sustainable world.

"I'm keen for a world of less stuff and more quiet, of less work travel and more quality time with family. Covid has showed us what's really of value in our lives, and we don't have to give that up. Let's move toward a new normal, one that's better for the earth as well as for us." – Regram from @brenna_quinlan ? . What do you want to see in a "new normal"? You can add your visions for what you would like to see in a way forward at the link in our bio. Tell your elected representatives what a ?#GreenRecovery ?looks like for you, and voice your concerns about the coming push to go "back to normal." #JustRecovery . #covid19 #climatechange #climatecrisis #climateemergency #wearethechange #newnormal #backtonormal #coronavirus #cdnpoli #justtransition #cleanenergy #plasticfree #zerowaste #neweconomy #systemsthinking

Currently, it is well-known that many countries are not adhering to their Paris Agreement pledges, much less the trajectory to limit warming on Earth by 1.5℃ by 2100 as recommended by the Intergovernmental Panel for Climate Change (IPCC). 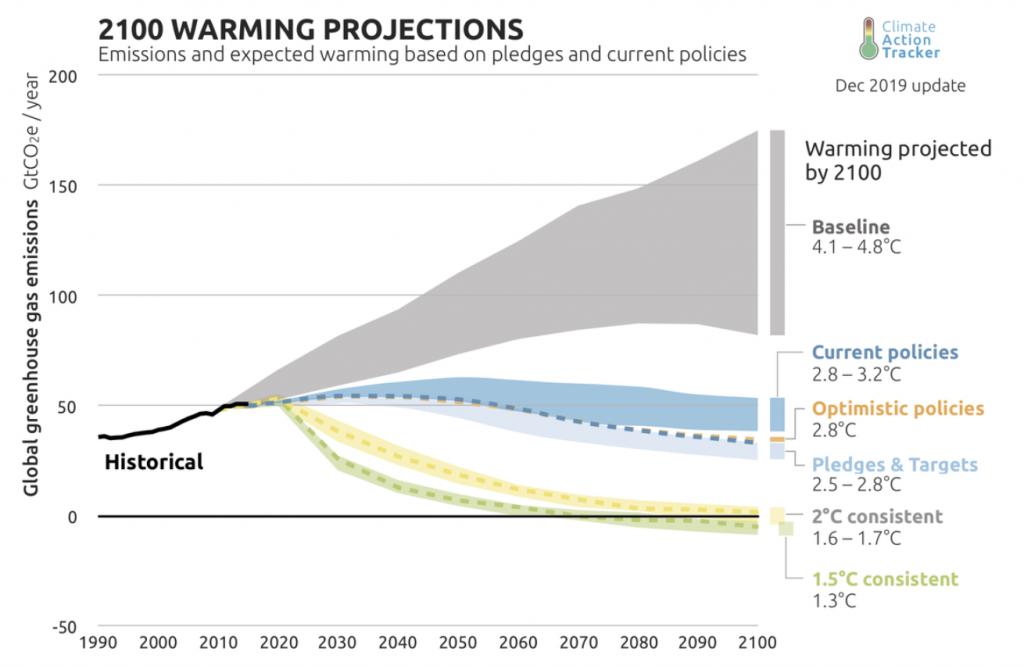 The sheer difficulty of the challenge is apparent in how the large-scale disruption caused by COVID-19 is estimated to cause only a 5% reduction in carbon emissions this year, when they need to fall by 7.6% per year to give the world a viable chance to limit warming within 1.5℃.

If emissions after COVID-19 were to continue rising unabated business-as-usual, Earth would see warming of about 4℃ by 2100 – paving the way for more frequent and extreme weather events, rising sea levels, and the collapse of crucial regulatory ecosystems, among other things, causing disruptions rivalling and surpassing that of COVID-19 today.

The combination of factors that cause such institutional inertia are complex and are subject to much debate. However, a well-documented critique concerns the fixation of governments on achieving relentless GDP growth.

But why? Understanding why GDP growth is so contentious requires a look at the history of the concept and how it has morphed throughout the years.

First introduced as a concept in the US after the Great Depression, GDP measured the income of the population, at a time when there were no reliable indicators of income fluctuations.

However, it did not get cemented into the government’s psyche until the post-WWII boom, where the focus shifted towards maintaining high GDP growth with the belief that it was a reliable proxy for citizens’ well-being.

This change was motivated in part by the fact that focusing on GDP is conveniently apolitical.

With a fixation on GDP growth rather than income growth and its distribution among citizens, politically tricky topics such as inequality could be glossed over. Governments could get away with simply focusing on GDP growth, emphasising that it would lead to rising standards of living for all.

As Philipp Lepenies points out, “Enlarging the pie… meant everyone could get a bigger piece… Any alternative indicator, and any measurement strategy other than a rise in production, would require politicians to address difficult questions about the public good”.

Indeed, using GDP growth as a measure seemed to be working well initially as the decades post-WWII saw the emergence of a large middle class in America, and the increasing qualities of life for many.

Subsequently, the idea of GDP growth was exported to countries around the world. Today, GDP growth is used as the de facto benchmark to measure the “progress” or development of countries. Such is the sway and the entrenchment of the concept.

The Problems With GDP

However, many have argued that measurements of GDP growth today are ill-suited to give us a comprehensive picture on quality of life.

For example, the Genuine Progress Indicator has shown how GDP growth and increases in overall wellbeing have decoupled from each other since the 1970s, largely coinciding with the rise of neoliberalism as the dominant ideology by which governments structured the economy.

Image by The Earthbound Report

GDP growth now no longer seems to serve its original purpose of increasing the quality of life of everyone.

A stark example of this is occurring in the United States – where the federal government is clamouring to lift quarantine measures prematurely for the sake of saving the economy, against the caution of experts who warn this will only lead to more deaths.

Similarly, issues like income inequality, ecological destruction, more stressful work conditions, among others, are just some factors that can account for the stagnation or even fall in overall wellbeing of people since the 1970s.

Many critics have also pointed out how GDP growth is a narrow goal that is inherently unsustainable as it predicates itself on the need to have unlimited growth on a resource-finite planet. Consequently, chasing relentless GDP growth only leads to more unsustainable exploitation of Earth’s resources – the detrimental effects of which we are just beginning to experience, in the form of climate change, pollution, and biodiversity collapse, et cetera.

In the words of Joseph E. Stiglitz, “Our national accounts need to reflect the depletion of natural resources and the degradation of our environment”.

But this critique of GDP growth necessarily begs the question: what should an alternative look like?

First developed by Kate Raworth in 2012 – Doughnut Economics goes beyond traditional measures of GDP. It takes into account a host of social and planetary boundaries in its calculations. 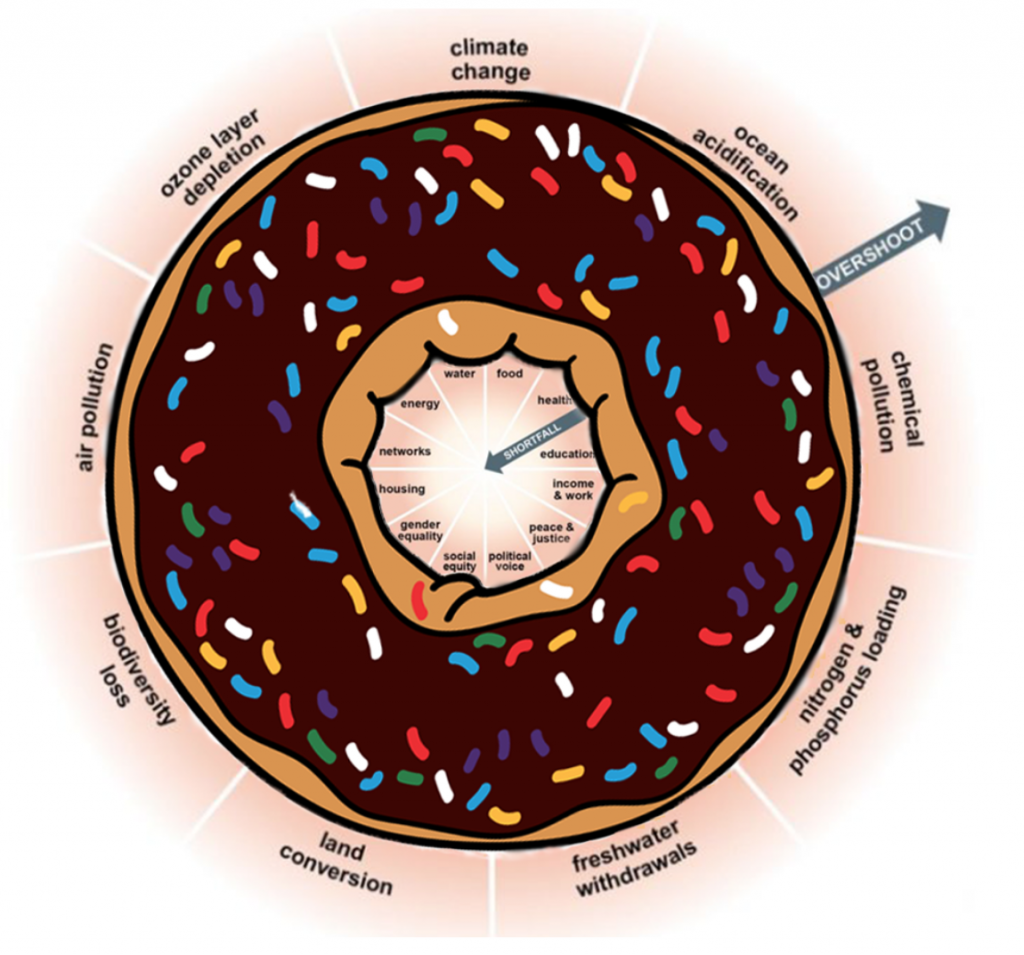 Social factors derived from the UN Sustainable Development Goals, such as health, education, social equity, and gender equality, are some of the parameters included in the social foundation of doughnut economics. This represents the inner circle of the doughnut and the minimum floor by which people in society can lead a good life.

It also factors in the nine planetary boundaries developed by Rockstrom et al to reflect the importance of keeping within the ecological limits of Earth’s regulatory ecosystems. This represents the outer circle of the doughnut that demarcates the ceilings we should not exceed.

The centre ring is where we should aspire towards – a socially and ecologically safe equilibrium that allows society to thrive.

Doughnut economics has been gaining traction among academic and policy circles for its holistic framework to guide policy making decisions and human progress.

In fact, more recently, Amsterdam embraced the doughnut model as a framework for guiding public policy decisions in the post-COVID-19 recovery, and is the first city in the world to make such a commitment. The model invites scrutiny on intersectional issues that are usually ignored in conventional policy making processes.

“The doughnut does not bring us answers but a way of looking at it, so that we don’t keep on going in the same structures that we used to,” added Marieke van Doorninck, deputy mayor of Amsterdam.

We don’t have 12 years to save the planet

As the pandemic progresses, there has never been a better time to implement policies that can put us on an environmentally sustainable and socially just path.

The recovery response once COVID-19 is over cannot be a carbon-intensive one – this will squander any precious time left in the remaining months we have to keep global temperatures below 1.5℃ by 2100.

Governments need to look beyond their obsession with GDP growth and follow a more socially and environmentally equitable framework to structure society – one that doughnut economics provides.

Doing so will leave a positive mark on our planet and society.

In the future, the COVID-19 pandemic should be remembered not just for the sheer disruption it had caused, but for being the catalyst that pushed the world in a more equitable and sustainable direction.