The Planet (Earth) Doesn’t Need Saving, We Do 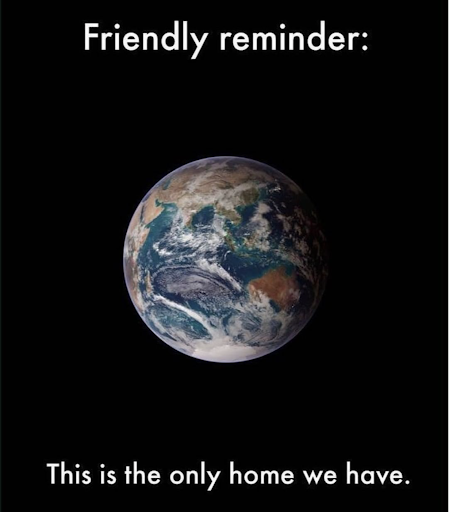 “No civilization has survived the ongoing destruction of its natural support system. Nor will ours.” – Lester R. Brown

A few months ago, we saw the devastating news of Typhoon Rai sweeping across many parts of the Philippines and Southeast Asia, causing widespread destruction and loss of lives. Studies have predicted that Typhoons in the Philippines are becoming more frequent, intense, and unpredictable, with environmental scientists identifying climate change as an important catalyst that exacerbates erratic weather patterns. As the Earth’s climate gets warmer, moisture from the ocean is being evaporated at a faster rate, in turn increasing the occurrence of erratic weather events such as typhoons and storms. The Philippines isn’t the only country that is facing the wrath of climate change; as highlighted by the New York Times piece “Postcards From a World on Fire”, many other countries are also facing their own unique challenges in mitigating the impacts of climate change, and no country is immune from this reality.

The Intergovernmental Panel on Climate Change (IPCC) Sixth Assessment Report, which was published in August 2021, made the connection between climate change and erratic weather patterns explicitly clear. The report also clarified that it is “unequivocal that human influence has warmed the atmosphere, ocean, and land”. As stated in the report, “there is a near-linear relationship between cumulative anthropogenic CO2 emissions and the global warming they cause.” The Earth’s average global temperature is at a 100,000-year peak, warming about 1.1℃ since the 19th Century. This is largely influenced by an increase in atmospheric CO2 and greenhouse gas levels, caused by human activities. 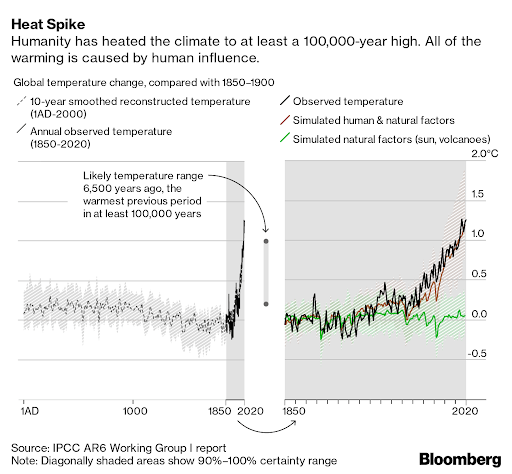 Furthermore, the IPCC report concluded that the Earth’s global temperature will continue to see an increase well into the middle of the century, even if immediate actions are taken to cut down emissions. Erratic weather patterns – ranging from extreme droughts to catastrophic storms and floods – will only worsen from here on out. One thing remains clear; that many of our worst imagined “climate emergencies” are in fact already someone else’s reality. And all these are the repercussions of our anthropogenic activities.

However, many would still frame their sentiments towards tackling the climate emergency as an effort to “Save the Earth”. Such sentiments are not unfounded, with mainstream news media, government agencies, and international organizations often employing buzzwords such as “Save the Planet” or “Protect Mother Earth” in their headlines and titles. But, in actuality, the planet does not need saving. Mitigating the impacts of climate change isn’t for Earth’s sake. Rather, it is for our own survival. We often frame the climate emergency from a human-saviour perspective, which arises from a mindset that humans are above all else in the world. This human-saviour complex in turn determines how we perceive our relationship to the earth, as well as other species. However, this complex overlooks an important fact – that we humans also depend on the Earth for our survival.

As Satya Tripathi – the U.N. assistant secretary-general and head of the U.N. Environment Program’s New York office – stated during an online conference sponsored by St. John’s University on March 2021:

“People who think the planet needs to be saved should get down from the high horse of arrogance, and realize that in tackling global warming we are helping ourselves, because that is the only way we’ll remain viable as a species, and Mother Nature will go on, regardless of what happens to humans.”

Planet Earth has long existed for millions of years, even before the first Homo sapien stepped foot on it. She has since observed several iterations of major extinction events and climate cycles during her lifetime, and our time on Earth is nothing but a tiny speck in her long history. Even if we choose to neglect the climate emergency, and cause the Earth’s environment to be inhabitable, Planet Earth would still survive. It is us, the human civilization, that would cease to exist.

As Forbes writer Bruce Y. Lee observed, phrases such as “Save the Planet” and “Save the Earth” have mistakenly framed the climate emergency as a distant and esoteric affair, not “personal” enough to resonate with the everyday masses, who are too busy making ends meet. Many would perceive the climate emergency as the responsibility of environmental scientists and policymakers, not one the common folk ought to be worried about.

Furthermore, a 2013 study led by psychologist Nadia Bashir has also found that individuals often held negative stereotypes towards activism, and would often choose not to adopt pro-environmental behaviours in fear of being associated with environmental activists. Such a mindset would in turn further alienate us from reality; whereby the impacts of climate change are in fact very relevant, affecting our health and our livelihoods. In some cases, the impacts of climate change affect some communities a lot more than others, whereby their very survival is also at stake. Even if we are fortunate enough to not be directly impacted by climate change, we can’t choose to turn a blind eye – indirect impacts such as supply chain disruptions, damaged food production and an influx of climate refugees would also be a problem for us. No one can escape the consequences of climate change.

In the 2020 documentary film “Extinction: The Facts”, famed natural historian Sir David Attenborough gravely warned us from viewing the climate crisis as a problem faced only by “endangered animals, rainforests, and ice caps”. As Attenborough urged, we need to start framing it as a problem for us, whereby the climate crisis is “one that has consequences for us all.” An example is the problem of deforestation. We don’t only strive to prevent deforestation for the sake of preserving natural habitats. By preventing deforestation, we are also reducing the occurrence of haze, which would otherwise affect our own heart and lungs, causing severe respiratory problems such as Asthma. Furthermore, rainforests also act as carbon sinks, and help alleviate Urban Heat Island (UHI) effect, in turn preventing the temperature from further rising. 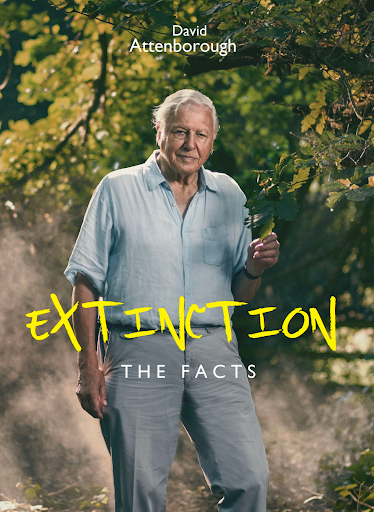 It is about time we change the message and reframe our sentiments – from “Saving the Planet” to “Saving Ourselves” – and emphasize the connection between climate actions and our survival as a species. We need to start re-evaluating our relationship with nature, and the Earth. Only then, could we recognize the personal and communal impacts that are also brought about by climate change. By highlighting how a massive loss in biodiversity, or a collapse of an ecosystem, is also bad for ourselves and our communities, we would then be motivated to care more about the climate emergency and start taking action. Although it is also important to recognise the disparity in climate responsibilities; whereby some have a greater role to play than others, it does mean that anyone could be absolved of climate responsibilities. We all have our part to play, even if they differ in scale. After all, the effects of climate change on our health, livelihood, and survival would be explicitly highlighted, once we recognise that we, as a collective whole, need Mother Earth for our survival.

Videos
All about Mars
view more